You are at:Home»Current in Carmel»Carmel High School physics whiz hoping for glory in Kazakhstan 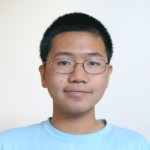 The international competition will feature teams from 90 countries when it is conducted July 13 through July 21 in Astana, Kazakhstan.

Fei recently returned from an intensive training camp conducted during the final week of May at the University of Maryland where he earned his spot on the international team.

“I attended this camp last year as a sophomore but didn’t qualify for the international team, so I came back this year to give it another shot,” Fei said.

There were 19 students and several couches Fei spent time with in Washington, D.C. – 7 of whom were friends returning after last year’s competition.

“There was a lot of physics, but it was all fun,” he said. “I was able to meet people there both new and old. The overall experience was really interesting, helpful and exciting.”

In order to qualify for the Olympiad, Fei had to complete three main rounds of vigorous testing. And when the dust settled he received top scores and gold medals.

His love for Physics developed from his love for Math and Science and encouragement from his father, a former Harvard graduate with a PhD in Physics.

“I found out I was good at Math, and my dad introduced me to physics – which was like Math but had a ‘real world’ side to it,” Fei said, “Then I found that I liked it and I was pretty good at it.”

Fei said is looking forward to his week in Kazakhstan. He will have a five-hour test to complete, which covers theoretical and experimental physics. In the past, the United States has brought home several gold medal, but that might not be what’s most important to Fei.

“There are a lot of excursions where you get to see the people and culture. That, I’m really looking forward to,” he said.