You are at:Home»Current in Westfield»Westfield Washington school board recap

What it means: Westfield High School has moved its commencement from June 6, 2015 to May 29. Westfield Washington Schools Supt. Dr. Mark Keen said the ceremony will be held outdoors at the new Riverview Health Stadium. He said the move will allow seating for anyone interested in watching graduation instead of limiting tickets to seniors.

“We want to establish an event where children who graduate here stay here to receive their diploma,” he said. “My high school graduation was outdoors. It’s magnificent and I hope it takes place.”

What’s next? In the event of bad weather on May 29, Keen said the ceremony will be moved indoors with limited seating. 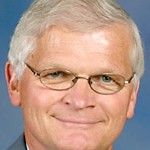 What it means: The district planned to increase the pay to play amount to $70 per athlete per sport last year but decided to soften the blow and only increased prices to $55. The other $15 will be added starting this fall. Officials said the prices are still considerably lower than surrounding communities and no athlete will be turned away if they cannot pay the fee.

“There’s no comparison to what other schools charge,” Business manager Nick Verhoff said. “The charges are lower fees than what most of these kids are paying to play in recreation sports.”

What’s next? The new prices will begin with the fall sports. The funds are used to support the athletic program to hire more coaches to provide more teams and better supervision.

“It’s always nice to get what you should get in the first place,” said Tim Gardner, school board president.

What’s next? Verhoff said the dollars will be placed in the district’s Capital Projects Fund and will be earmarked for the community stadium. 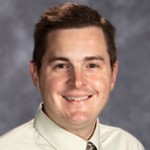 What it means: Three Westfield schools will have new leaders this fall. Ryan Haughey, who served as assistant principal, will replace Linda Konkle as principal of Westfield Middle School. Haughey is a Westfield graduate who has only taught in the district during his 11-year career.

Corey Hartley and Robb Hedges are switching buildings. Hartley will be principal at the intermediate school and Hedges will be the leader of Shamrock Springs Elementary.

Keen said the switch was proposed by Hartley and Hedges as a way each could grow professionally. Superintendent Dr. Mark Keen said Harley has aspirations of working in a central office and Hedges would like to open an elementary school and each needs a new experience.

“Both are trying to strengthen their resumes at different levels,” Keen said.

What it means: Westfield Middle School will receive 134 Dell computers to replace three computer labs. Verhoff said the computers will cost $103,000 but replace ones that are “well beyond their recommended life spans.”

What it means: Sodexo and Westfield Washington Schools have been partners going on 20 years. To continue their relationship, the two have agreed to a new 10-year agreement for facilities care – custodial, janitorial and maintenance. Sodexo plans to use Westfield as a training facility to instruct employees how a school district should run. While Sodexo provides food services to the district, that is a separate contract.

What’s next? Sodexo has offered a one-time $300,000 donation to the district to put into facilities. Verhoff said the money could be used for a HVAC upgrades, which could reduce operational costs.