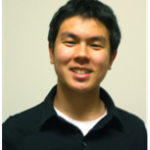 The designation was in recognition of Liang’s efforts in Science, Technology, Engineering and Math classes, extracurricular work and research projects.

“From a remarkable pool of applicants, it is my privilege to honor Sonali and David for their many achievements and their dedication to scientific excellence,” Pence said. “Their accomplishments and their commitment to excellence, scientific inquiry and careers in STEM fields are certain to inspire others – both adults and young students alike. Through their continued efforts, I have every confidence the future of Indiana is in good hands.”

Liang participated and excelled in 16 AP classes, including chemistry, calculus, physics, computer science and biology among others. He also competed as a gold medalist at the 45th International Chemistry Olympiad in Moscow last summer, won the USA Junior Math Olympiad in 2011, won the 2012-2013 Siemens Award for Advanced Placement in STEM for Indiana and won first place in the Indiana State Science Olympiad chemistry competition, earning an additional three medals.

He plans to attend Harvard in the fall, pursuing research in the fight against cancer.

“After making a revolutionary discovery, I will become an entrepreneur to share practical cures and treatments to benefit countless individuals,” Liang said.

Liang will also receive a $2,000 scholarship from the state as part of the designation.

Liang also was a member of Carmel High School’s soccer team and was recently named recipient of the 2014 CHS Mental Attitude Award – a honor that was bestowed after voting from the varsity coaches of all the school’s sports teams.