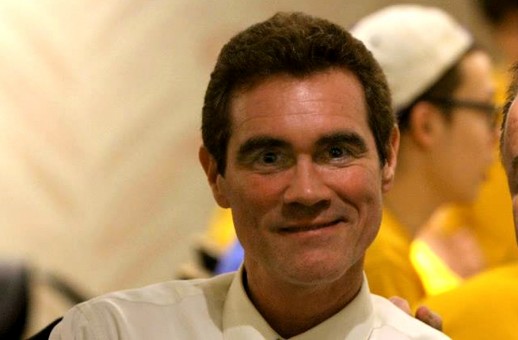 The head of Carmel High School’s Choral Department, Lamonte Kuskye, is closing a chapter in his career and opening a new one at Park Tudor High School in the fall.

He began teaching at Anderson Highland, moved to Pendleton High and soon discovered an opportunity he couldn’t refuse at Carmel High School. The head of the department was leaving at the same time that Kuskye was looking for a change.

“I had no idea what I was really getting into, but it sounded like a fun thing. Timing was everything,” Kuskye said.

When he was hired, it was only he and Ann Conrad. They were both a part of the great growth CHS Choral Department experienced. Ann took over the lead role of training The Ambassadors and Kuskye was co-director. After seven or eight years Kuskye was able to step right in as their leader because he was eager to do more.

“She had me take the lead on The Ambassadors,” he said. “That’s how I became director, and she was the accompanist, but we still see each other as co-directors.”

Not only does Kuskye lead the Ambassadors, but he also directs the CHS musicals and teaches a class called Applied Music – although he prefers to call it the Broadway/Solo Singing class. Not everyone in this class is in the choral department, but an audition is still required.

“We go to New York every year. I do directors workshops in New York and connect the students with New York directors,” Kuskye said. “They study Broadway history but are always singing and getting better as soloists going deep into the songs.”

And his time at CHS has meant as much to him as it has to the students he has mentored.

“I have got to create things I never thought I would get to create – size of the shows, competition circuit and getting back into national limelight. I have grown so much as a person and director,” Kuskye said.

He said that his biggest goal is inspiring his students to be the best they can be.

“People have no idea their full potential but there is a culture at CHS that explores that,” he said. “Being your best is different than being ‘the best.’ Being our best is far more important,” Kuskye said.

His leadership has inspired Aaron Jacobs, a junior at CHS.

“To me, and almost everyone, Mr. Kuskye is a father figure. He has really helped me grow up as a person and as a performer,” Aaron said. “I would not be the confident person that I am today without him. He has honestly been there for me in ways most people wouldn’t be.”

“Mr. Kuskye has a true gift for teaching. Not only is he amazingly talented when it comes to actual musical instruction, but he also has a deep passion for making personal connections with as many students as he can. There’s something very special about the emotion and love he puts into everything he does,” she said.

Kuskye said he plans to inspire his students waiting for him at Park Tudor in this same way.

“I never dreamed I would leave Carmel, but an incredible opportunity opened up and change is good,” he said. “I’m always up for new things.”