You are at:Home»Current in Fishers»School Board approves next phase of HSE 21 Initiative 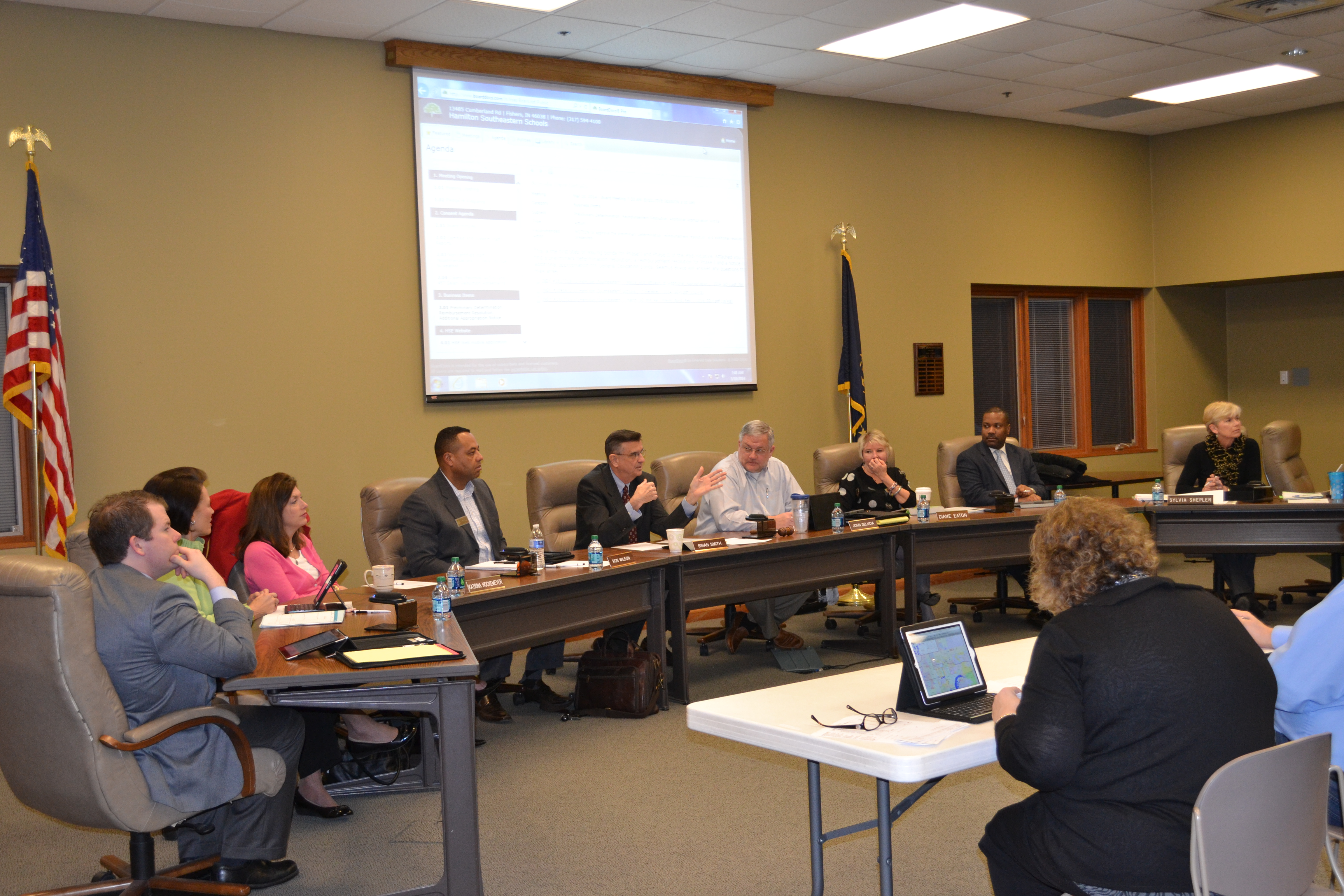 Hamilton Southeastern School Board members in discussion on March 10. (Photo by Ann Craig-Cinnamon)

On March 10, during its regular meeting, the Hamilton Southeastern School Board approved a bond issue to pay for the purchase of iPads for the third phase of the HSE 21 initiative. The six- year program has a goal of getting iPads into the hands of all students in the school district. This phase is for fifth and sixth graders. The first phases involved equipping all teachers with iPads for professional development. Future phases will involve grades seven-12 and elementary school students. The school district buys iPads for students whose parents do not want to buy or supply one and then rents the devices to them, much like a textbook. The district surveyed parents and found that one-third already owned iPads that they would allow their child to use in school, another one-third would buy one, and the final third would rather rent one.

The board was also updated on the status of a new mobile website that will be rolled out sometime around spring break for all the schools. The mobile site will not be an app, but will be accessible through the browser of iPhones and Android smartphones. The goal is to make it easy for parents to get updates on happenings at their child’s school.

Another issue discussed at the March 10 session was that of snow makeup days for non-certified school district employees. That refers to food service workers, bus drivers, custodial help, building secretaries and instructional assistants who will be offered extra workdays to make up for all the hours lost due to bad weather.