You are at:Home»Current in Zionsville»The Four Freshmen bring classic soul to ZPAC 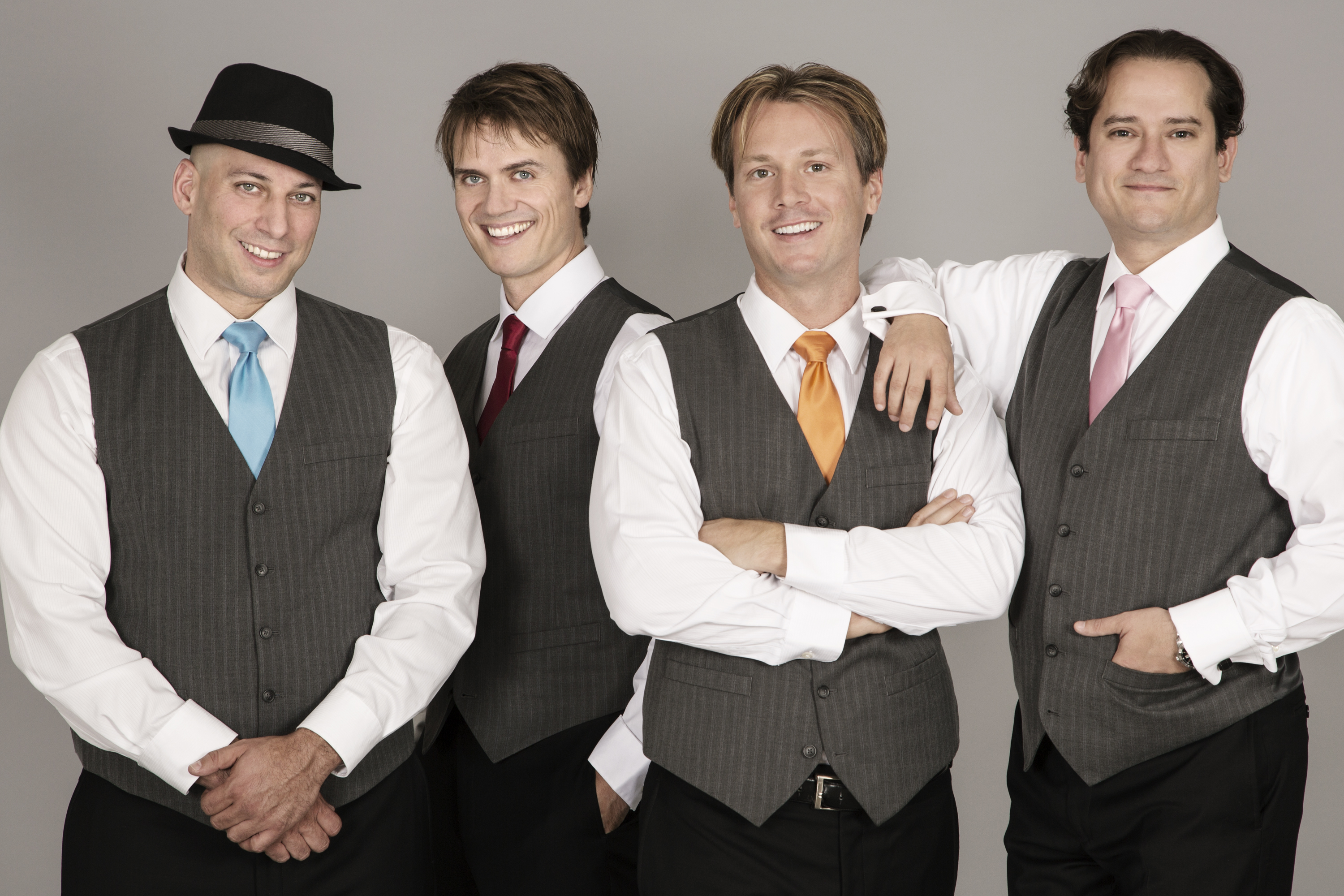 Jazz fans are in for a musical journey back through time when famed vocal quartet The Four Freshmen makes its way to the Zionsville Performing Arts Center on March 27.

Formed in 1948 by four Butler University students, the group has been serenading audiences worldwide with modern harmonies and jazzy tributes to “The Great American Songbook.” They have 70 top-selling singles and 50 albums to their name. The latest, “Live at the Franklin Theatre,” was released last month. The group also enjoys a loyal fan base in The Four Freshmen Society, which holds annual conventions to honor past and present generations of the long-running band.

For Bob Ferreira, bass voice and percussionist of The Four Freshmen, it’s a dream job.

“It’s amazing to be doing music for a living,” Ferreira said. “The harmonies are one of a kind but the songs themselves are timeless. I love being able to play the drums while I’m singing and I love entertaining the audiences and seeing their reactions.”

Crossing genres and providing fresh takes on old classics is business as usual for The Four Freshmen. The current lineup was formed just last year and is rounded out by Brian Eichenberger, Stein Malvey, and Curtis Calderon. The group is carrying on the band’s tradition of dynamic camaraderie and magnetic stage presence.

“We see each other as much as, if not more than, our own families. We spend about half the year on the road,” Ferreira said. “One of the pre-requisites is being able to build this chemistry off the stage because that chemistry will then show on the stage. That’s important to our sanities.”

Ferreira has been a part of The Four Freshmen since 1992 when he was recommended for an audition by a collegiate instructor and former member of the group. High levels of commitment by all members of the band, as well as an unmatched enthusiasm for the sound and the stage, have allowed the band to endure so successfully in an age when the airwaves are often dominated by modern pop tunes.

“The longevity is unique. You have a group where you don’t have the original members anymore, so it’s like a sports team. It’s an organization of people who love the sound and maintaining the legacy,” Ferreira said.

The impact of The Four Freshmen on the fabric of musical culture is perhaps best seen through its far-reaching influence on other groups throughout the decades. Musical acts ranging from The Lettermen and Kenny Rogers to Manhattan Transfer and The Beach Boys have all taken note when it comes to the unique style of this quartet.

Even for those not already familiar with the work of The Four Freshmen, the upcoming concert should prove to be a treat for all ages.

The Four Freshman will perform at 7 p.m. March 27 in the Zionsville Performing Arts Center. For ticketing information contact the ZPAC at 317) 733-4833 or visit www.vendini.com and search The Four Freshman.