You are at:Home»Current in Zionsville»Zionsville band lands radio gig 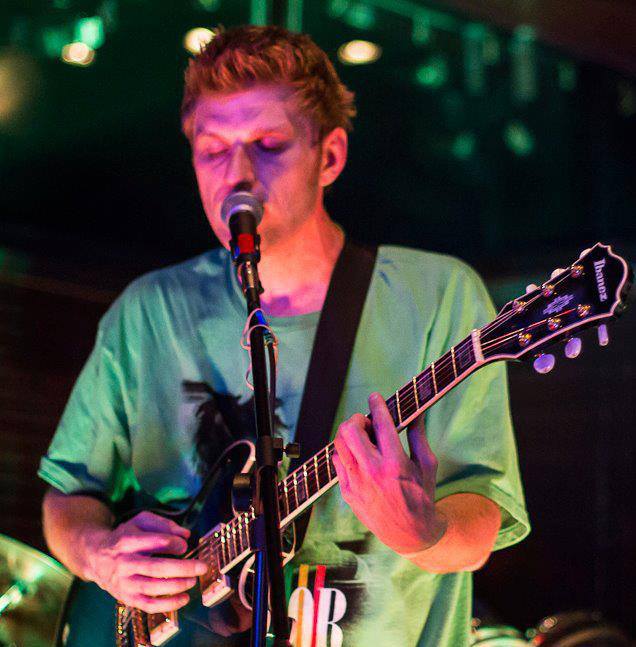 Nick Rebic performs with his band the Circle City Train Wreck. The band will appear on Korn Country radio March 6.

“We are a leader for bringing in local talent and highlighting them to our listeners,” Wooldridge said. “It’s a pleasure interviewing and listening to local talent.”

Influenced a lot by blues and country music, with hints of gospel and jazz, bandleader of CCTW, Nick Rebic, is excited about this opportunity for his “rock n’ roll band.

“I graduated from [Zionsville Community High School] in 2000 and went to the University of Southern Indiana,” Rebic said. “I’ve always been a huge fan of all kinds of music, but I didn’t start learning to play guitar until my mid-twenties.”

Rebic said he loved growing up in Zionsville, a place that has always allowed him to explore his passions.

“All of my memories are in Zionsville and they are great,” he said.

Rebic remembers riding his bike all over town with friends.

“We didn’t have a care or responsibility in the world,” he said.

After playing in different bands and singing back up vocals for nearly six years, he decided it was time to start his own project.

“I started CCTW in 2011. This was after I already had a date booked for another band I was playing in that fell apart,” he said. “So I threw together some friends, played the gig and the rest is history.”

In addition to the upcoming radio performance, CCTW will perform again at the Third Annual Whitestown Grand Prix on May 10. They hope to also be a part of the Lincoln Park Summer Concert Series.

Rebic, also the Manager at The Friendly Tavern, says CCTW’s flavor is sure to please anyone’s pallet.  Tune in from anywhere in the world and listen to their morning show performance at www.KornCountry.com.

You can hear CCTW’s music at: