You are at:Home»Current in Carmel»Carmel Community»Senior living coming to Northern Beach 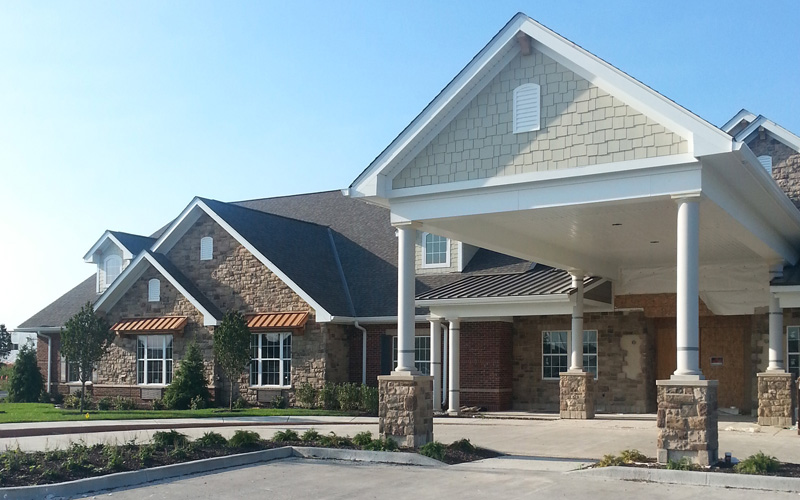 Bickford Senior Living will have room for 16 units for people suffering from Alzheimer’s or dementia. (Submitted photo)

Bickford Senior Living is named for a woman named Mary Arlene Bickford, a gifted musician and mother who cared for several elderly relatives in her own home until she was diagnosed with Alzheimer’s in 1989.

Her daughter, Judie Eby and her husband Don moved back to be near Mary in Kansas City to help care for her, but the couple eventually realized that she needed more care than they could give. After a fruitless search for a facility that could provide Mary with the care she needed, Judie and Don decided to create their own.

They opened the first Bickford Senior Living community in Olathe, Kan., in 1991, and Mary Bickford was their first resident.

The Ebys’ three sons Mike, Joe and Andy soon became involved in the business, and as a family, they were pioneers in the field of assisted living. They even worked with the governors of several states to help create legislation governing the ability for families to have input in the care of their aging loved ones.

According to executive director Frank Savino, who relocated to Carmel with his family from Cincinnati, the new facility will generate about 50 jobs. Hiring is slated to begin in the spring. The company also is very committed to using local vendors and establishing relationships with each community in which they open a facility.

The Carmel facility will have assisted living units as well as sixteen memory care units for residents with dementia and Alzheimer’s.

“Our foundational belief is in meeting more than just the core needs of our residents,” Savino said. “We call them ‘Friends of the Family.’ We want to enrich their happiness in a personal way, learn their life story, and then do whatever it takes to make them happy and at home.”