You are at:Home»Current in Carmel»Barrington TIF revenue never realized

Questions surround the creation of a tax-increment financing district for the Barrington senior living community and the Carmel Redevelopment Commission’s TIF mapping in general.

A TIF district was created in 2011 around the proposed construction of The Barrington of Carmel on Guilford Road just north of 116th Street.  However, it has recently come to the attention of the city council that Barrington has applied for – and is expected to be granted – 501(c)(3) status, meaning that it would be tax exempt, said city councilor Luci Snyder.

If this were the case, Barrington would instead be subject to PILOT (payment in lieu of taxes). PILOT covers nonprofit organizations’ use of municipal services. However, the questions surrounding Barrington’s taxable status also brought to light numerous discrepancies in TIF maps dating back to 2009, according to city consultant Loren Matthes of Umbaugh and Associates. 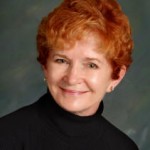 Apparently, the TIF map for that area was missing the Barrington parcel, which resulted in Barrington being assessed property taxes through the assessor’s office. Because of this, no TIF revenue will be captured for 2013, and this is lost revenue for the CRC, Matthes said.

“Since Barrington was assessed and will pay taxes of approximately $82,000 for 2013 payable 2014 (instead of a 2014 PILOT payment), and the parcel is missing from the current TIF Allocation Area map and missing from the county’s TIF parcel database, the taxes would be distributed to the tax base and not captured as TIF for payable 2014. The TIF estimate had anticipated $100,000 to be paid from Barrington PILOT payments in 2014 based on the PILOT Agreement.”

“We also have suggested that the TIF Area maps should be checked because of some disparities between some of the newer (2012 and later) TIF Area maps and older maps (2009-2011).  It would be helpful to figure out why the parcel is missing.”

In the same email, Matthes also stated that there are “disparities” in the TIF maps for the Bridges development on Illinois Street as well.

“This is just another example of how poor record-keeping has resulted in lost revenue,” Snyder said.