You are at:Home»Current in Carmel»Sound decisions: It’s all in the mix 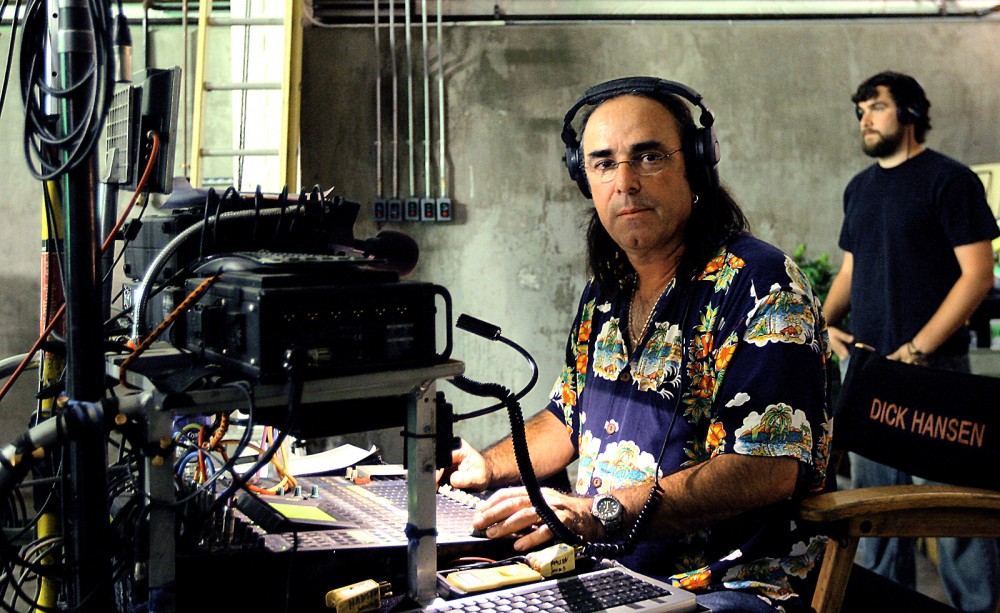 Dick Hansen, a resident of Carmel, has 40 years of experience sound mixing in the music and film industry. His most recently completed film, “Dallas Buyers Club,” will be released on Nov. 1.

The clink of ice against a glass, the tap of heels on pavement, and even the rustle of a shifting backpack are all sounds that Dick Hansen either enhances or mutes in his work as a sound producer in filmmaking.

“Good sound can make a slightly out-of-focus shot go unnoticed,” he said. “But bad sound can really hurt a movie.”

Having worked with sound for 40 years, Hansen, a resident of Carmel, has a finely tuned ear to notice even the smallest of sounds.

“I record all the audio from when we are filming a scene,” he said. The dialogue is usually the most important part, but even scenes where there is no dialogue he still records sound to capture a cup being set on a table or a gun being cocked.

Hansen doesn’t work from home, since all his work is done on the movie set, but his travel to the filming locations has at times included his family. When Hansen worked with the TV series “Lost,” his wife, Donna, and two children flew out to Hawaii. They also joined him for film productions in New Orleans and Atlanta.

A typical day at work ranges from 12 to 14 hours. Hansen will arrive early to set up sound and prepare microphones. The work is challenging and can be dangerous at times, but Hansen says the food is always very good.

Hansen says he “fell into the music business,” working with well-known bands like Aerosmith until he transferred over to a more stable job of doing sound production for film.

From the time he began his work with sound in 1974 up to now, Hansen has seen a multitude of changes in how sound is mixed. In the past, sound mixers used a mono- or single-track system, where all sounds shared the same track. That meant they had to get the sound right the first time, or ask for a retake. Today every individual microphone is on a separate track, making changes easily managed.

Though he considers himself a freelancer in the sound industry, Hansen never has been short on work. The films that he most enjoys working on are those that have a great story line that will last. That is why he applauds the completion of a recent film he worked on, “Dallas Buyers Club.” The feature details the true story of Ron Woodruff, an AIDS activist of the early 1990s. He considers the sound on “Dallas Buyers Club” a wonderful success, considering most of the sound came from improvised scenes and contained only about 15 minutes of music, mostly from jukeboxes in the background.

“Dallas Buyers Club,” as with many of the films Hansen chooses to work on, is an independent film. Hansen sees the music and film industries changing to be more about the money than telling a good story.

“It used to be more about filmmaking and now it’s a lot more about business,” Hansen said.

He prefers to work with independent films, where it feels more like a team collaboration rather than a business-like setting. To Hansen, sound production is not a business.

“It’s being a part of something that is going to last,” he said. “It may change people’s lives, change how they think about people and situations, or just have them laugh and have a good time.”

‘Mrs.Harris Goes to Paris’ is a delight