You are at:Home»Current in Zionsville»FedEx Ground breaks ground 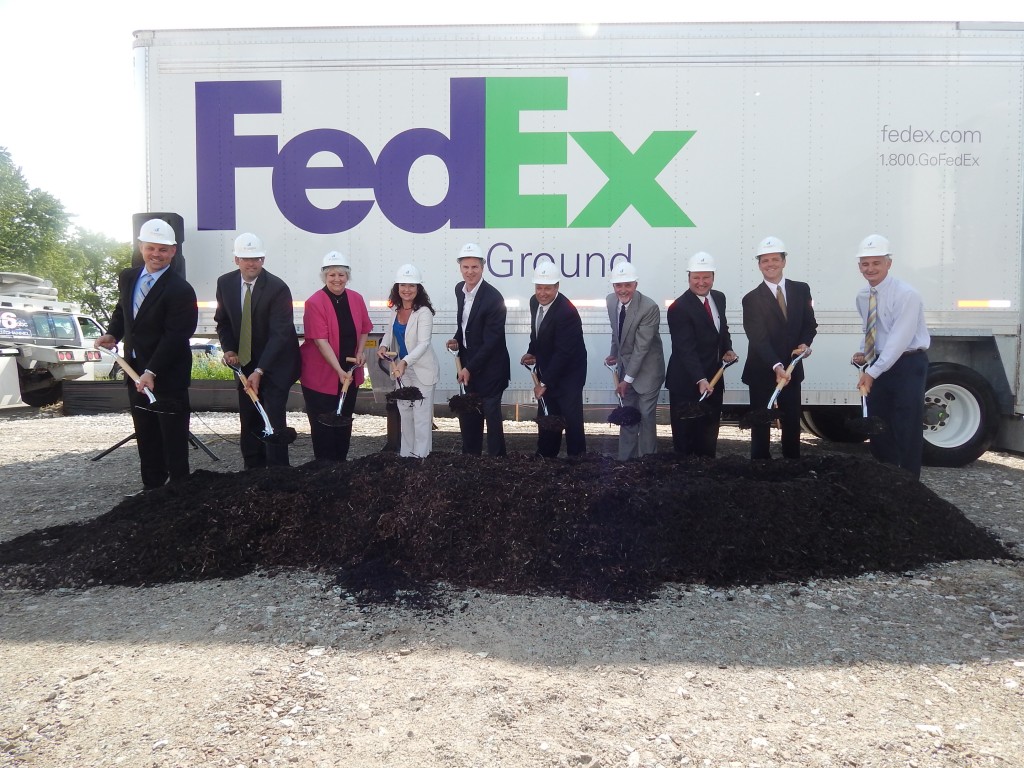 The Town of Zionsville hosted a ground breaking ceremony on May 29 for it’s newest business community member, FedEx Ground.

The new FedEx facility is part of the company’s nationwide network expansion. Eleven major hubs have been added and 500 other facilities have been expanded or relocated within the U.S.

Upon it’s official opening in the summer of 2014, the facility will house approximately 200 employees, mostly transfers from an existing facility in Indianapolis. Both the new and existing facilities will add more employees as their needs and service demands grow. FedEx Ground’s daily volume has doubled in the past 10 years and employs approximately 50,000 people. The company reported annual revenue of $9.5 billion in 2012.

“We are glad to be here in Zionsville today. We are extremely excited about growing the FedEx operation in the greater Indianapolis area. We are celebrating 40 years of business this year and growing at pretty high levels,” Burns said. “This is the biggest parcel of land that we’ve bought for an automated station. We see the tremendous growth that is going on in Indianapolis, and we want to be a part of that and we pick communities like this because of being able to move in logistically, and move packages in and out of the operation.”

Bryan Brackemyre, the Executive Director for Boone County Economic Development Corporation, spoke on the positive impact the new facility will have on the local commercial development for the town.

“This project has put Zionsville on the map for economic development,” Brackemyre said. “I’ve been getting calls from several prospective businesses already that have been encouraged by this recent announcement from such a great company.”