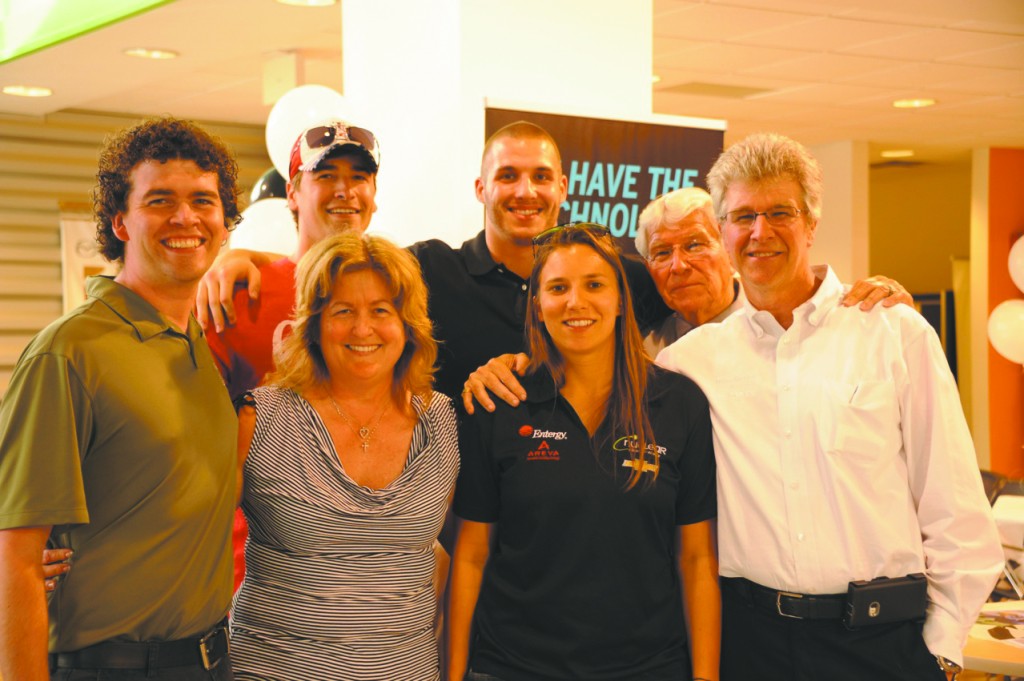 Indy 500 driver Simona De Silvestro took time out of her busy month of May to visit Tom Roush Lincoln Mazda last week. De Silvestro, who is often referred as “the Swiss Miss” because of her Swiss upbringing, was the first woman in series history to have earned the most wins, pole positions and led the most laps all in a single season. At the end of the 2009 open wheel season, De Silvestro also had an extraordinary nine podium finishes. The results of her efforts led to her finishing the season in third place. Colts player Bjoern Werner joined the racecar driver at the event. Pictured are: Front row, left to right, Tommy Roush, Betsy Roush, De Silvestro and Jeff Roush; Back row, left to right, AJ Roush, Werner and Tom Roush. (photo submitted) 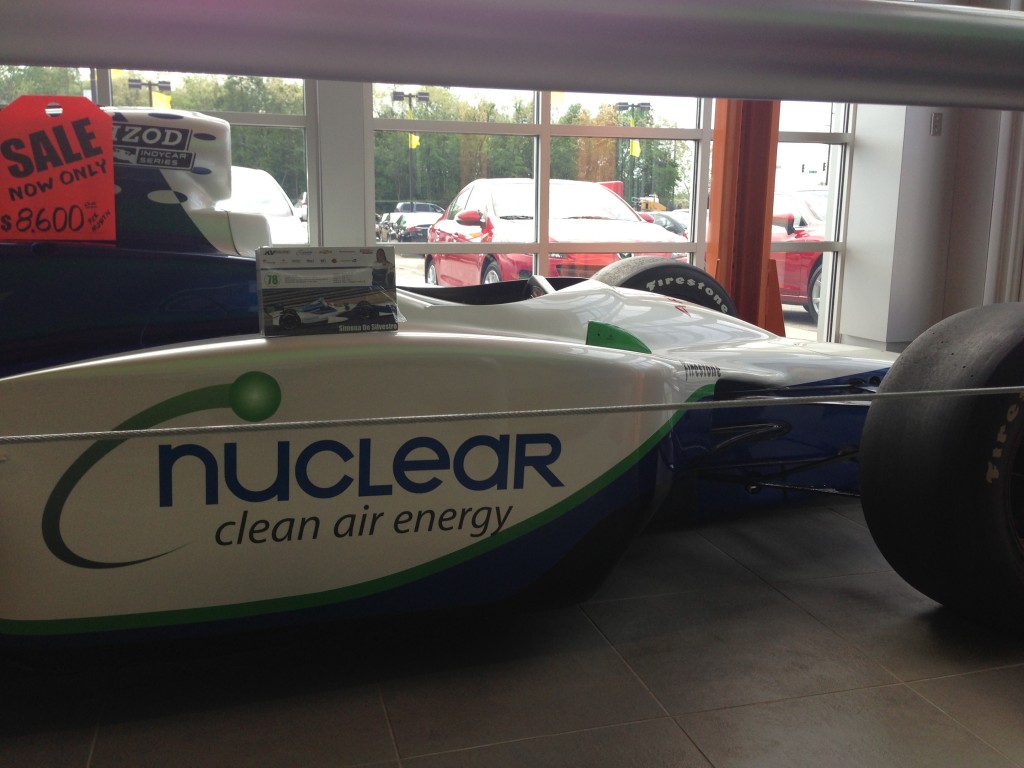 Simona De Silvestro’s Indy car was on display at Tom Roush Lincoln Mazda last week. Onlookers were jokingly given the opportunity to buy the car for the bargain-basement price of only $8,600 a month.