You are at:Home»Current in Carmel»Carmel Community»Author wishes he could go back 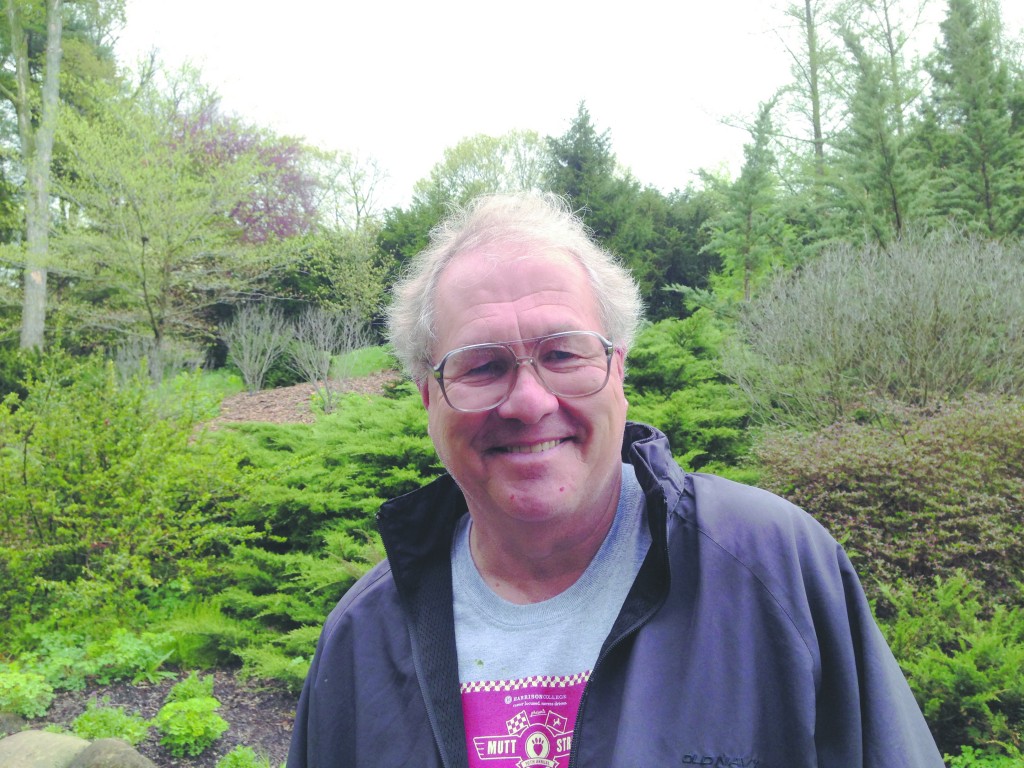 Everything about Carmel is new to Garret Mathews. But for a man who has made his living by being curious, that’s not necessarily a bad thing. Mathews has been a newspaper man since he was fresh out of college, most recently as the metro columnist for the Evansville Courier & Press. He retired a few years ago and he and his wife have relocated to Carmel to be nearby for the birth of their first grandchild.

His first newspaper job was at the Bluefield Daily Telegraph in West Virginia. During his 15 years as a reporter there, he encountered a menagerie of Appalachian characters so eccentric that the articles he wrote about them seem more like fantastical movie scripts than real-life encounters; a snake charmer who keeps his snakes in a box by his toilet, a 91-year old woman hell-bent on bootlegging whiskey, a furrier who sleeps with her pet bobcat, and survivors of coal mine explosions. With a fearless heart and a ready pen he dove headfirst into this world, making his own assignments, driving miles through the mountains for a story, and yes, even handling some snakes. He has gathered 80 of his most memorable stories into a book called “Favorites.” He also recorded all of his interviews and has compiled them into a double CD entitled “Folks Are Talking.”

A prolific writer, Mathews has penned more than 10,000 articles. He has also written a two-act play entitled “Can’t Find a Dry Ball” which chronicles a season of the down-trodden baseball team, the Evansville Otters.

But of all of his works, the one he is the most passionate about is a play he wrote about the Civil Rights Movement called “Jubilee in the Rear View Mirror” which tells the tale of a young black man who happens to be sharing a Mississippi jail cell with a racist white man. The stories and lessons from the play are the result of dozens of interviews Mathews conducted with men and women who came to the south in the early 1960s to register black voters and fight segregation. To accompany the play, he also produced DVDs of people from both Indiana and Mississippi who lived under segregation talking about their experiences.

The passion behind this project is personal for him. Mathews’ own high school in Virginia was segregated until his junior year, when one black student named James came into his class. He liked James and tried to be his friend, but the peer pressure from the other students proved to be overwhelming, and Mathews was never able to truly and openly be a friend to James. It haunts him to this day.

“Jubilee in the Rear View Mirror” has been produced just once, in Evansville. During that production, Mathews took the entire cast to Greenwood, Miss., for eye-opening, one-on-one interviews with three black men with first-hand experience in the Civil Rights Movement.

“I would love to see the play produced here,” Mathews said. “It was a dark chapter in American history, and kids today need to hear about it. I also think the lessons in it resonate today with other struggles, such as the gay rights movement.”

In addition to seeing the play produced in the Indianapolis area, Mathews would like to present his DVDs to local schools and talk to students about the Civil Rights Movement first-hand.

In the meantime, Mathews satiates his curious nature by exploring the “length and breadth of Hamilton County” with his beagle, Mr. Peabody.

“I am content, because I’ve always done what I wanted to do. My only regret, my unfinished business, would be to someday find James and tell him I wished I could have been a better friend to him,” Mathews said. “That’s my bucket list.”