You are at:Home»Current in Carmel»Carmel Community»Departments work together to help replenish sandbags 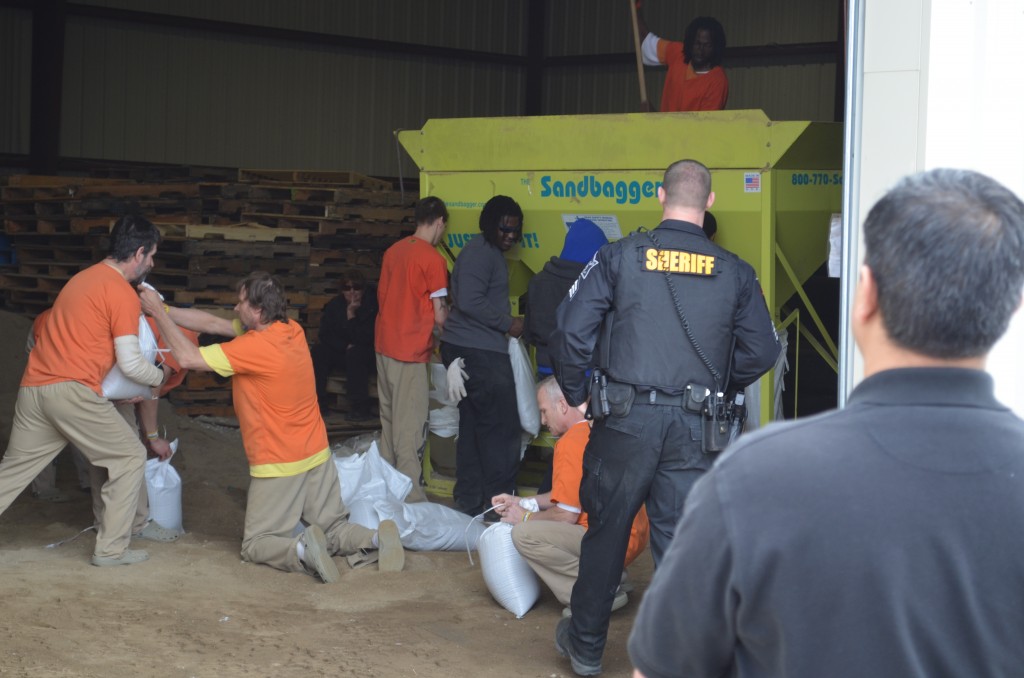 The recent flooding conditions in Hamilton County depleted the stockpile maintained by the EMA. Sheriff Mark Bowen said he is committed to using inmate work crews to aid the community and reduce costs to the county when possible.

Over the course of 5 ½ hours, 1,800 sandbags were filled by the team, which was led by Deputy Director Carl Erickson.

“The numbers of bags produced were the most ever in a 5 ½-hour period,” Erickson said. “The only reason the event was so successful was due to the coordination and communication among county departments and agencies.”

When a flood statement has been issued by the National Weather Service (Flood Advisory, Flood Watch or Flood Warning), sandbags may be obtained by calling the EMA office at 770-3381.