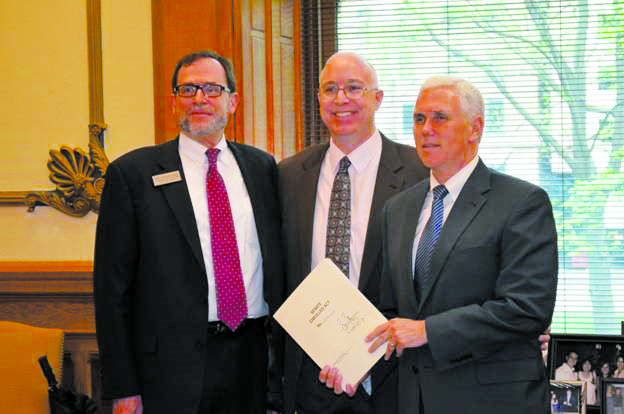 Starting July 1, school corporations and individual high schools earning “A” grades from the Indiana Dept. of Education will qualify for the new provision. Based on their 2011 and 2012 performances, CCS and Zionsville Community Schools will both be eligible.

“When it comes to education, there are limitless possibilities. While some schools need guidelines in order to progress, other schools should be cut loose in order to see how high they can go,” Delph said. “With this new law, educators and students can explore new options that will help them surpass current benchmarks.”

Performance-qualified school districts can develop their own curricula, exempt themselves from certain state regulations, design their own career training and organize classroom time around instructional minutes, rather than the current 180-day school year requirement.

The bill was first introduced in early January by Delph, who worked collaboratively with Swensson and other area superintendents on the creation of the bill.

“Let’s say we have 600 students at CHS that by the end of the first semester of their senior year are admitted to college. Currently, in the second semester, students couldn’t have a schedule that went as college schedules do. Monday, Wednesday and Friday, we would have certain classes such as biochemistry and on Tuesdays and Thursdays, students have different classes like French or ceramics,” Swensson said, describing the bill in January. “We will still maintain the number of minutes in the standard 180-day minimum schedule, but without (this bill), we couldn’t do that type of schedule.”

Swensson has made it clear that Carmel Clay Schools has no interest in straying from its current operating calendar.