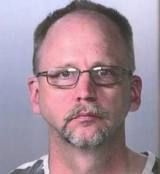 “Our Project Safe Childhood team is dedicated to investigating and prosecuting anyone who is found to have sexually exploited children – no matter who they are,” United States Attorney Joseph H. Hogsett said. “Most importantly, we are similarly committed to identifying the silent victims of these crimes, and providing them the assistance and restitution they deserve.”

Court documents filed last week indicate that Sachtleben has petitioned the federal court to enter a plea of guilty to charges that he knowingly possessed and distributed child pornography. The agreement to plead guilty also includes restitution payments of $20,000 to a victim portrayed in the materials he allegedly possessed.

According to Assistant U.S. Attorney Steven D. DeBrota, who is prosecuting the case, Sachtleben could face five to 20 years in prison for the distribution charge, and up to 10 years for the possession charge. Both charges also carry up to a $250,000 fine and lifetime supervised release if he is found to be guilty.

According to the criminal complaint filed one year ago, federal and state investigators became aware of an individual trading images of child pornography online in September 2010. That led to the arrest of a suspect in Illinois in January 2012. Upon that arrest, a search of that person’s computer equipment and email accounts allegedly revealed that he had been actively trading the explicit materials online with numerous other people.

Based on that information, law enforcement traced the alleged online activity to Sachtleben’s Carmel home. After conducting surveillance for a few days, a search warrant was obtained and executed by the Indiana State Police and the FBI Cyber Crime Task Force on May 3, 2012.

The complaint alleges that an initial examination of Sachtleben’s laptop computer revealed approximately 30 images and video files containing child pornography. It is alleged that a number of files identified during this initial search matched those found in the course of investigating the Illinois defendant. The complaint further alleges that the laptop’s hard drive contained references to other files known to have been in the possession of the Illinois defendant.