You are at:Home»Current in Westfield»Fire Ready 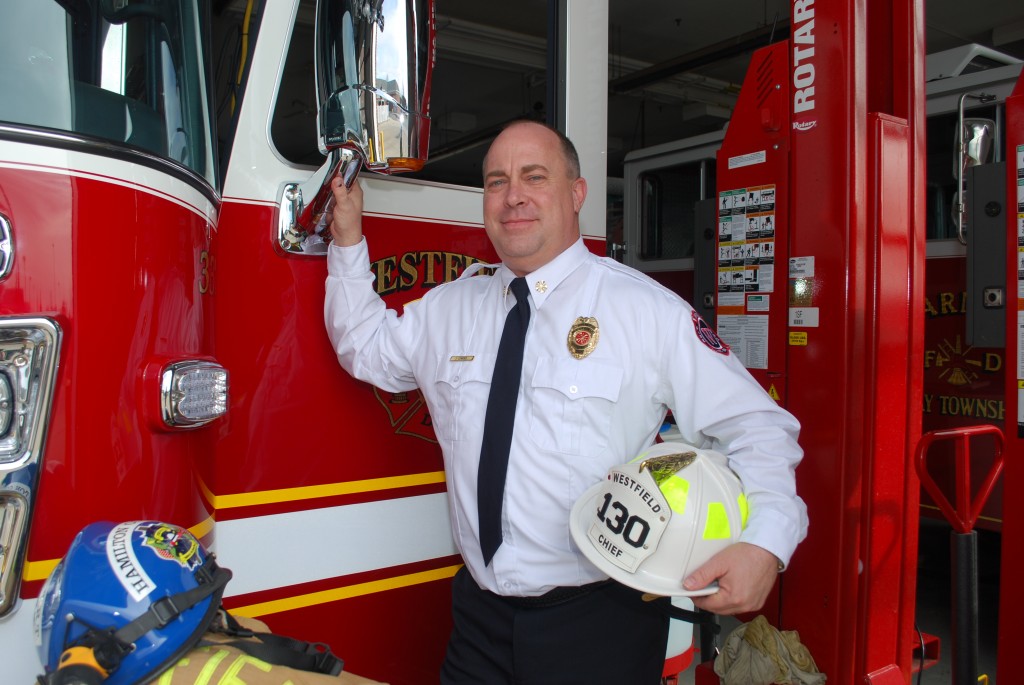 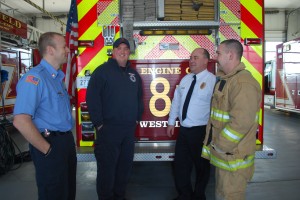 When Jason Lemons was a boy, he wanted to be a dentist. Today, the 43-year-old is leading the 72-member Westfield Fire, Rescue and Emergency Medical Service Dept. as its chief.

“Jason is a proven leader and will be a tremendous asset to our executive team,” Cook said of his Feb. 15 appointee. “He is well respected in the fire service community, and I’m confident he will take the Westfield Fire Dept. to the next level.”

“I was excited they asked me to take over the reins from Todd Burtron. He did a lot to build the department and get it to where it’s at,” Lemons said.

Like Burtron, Lemons plans to be financially responsible and to continue to improve grant requests to make buying fire apparatus less burdensome on the budget.

“Our personal protective equipment is the best equipment money can buy. The turnout gear’s lifespan is 10 years and costs $2,800 to $3,000,” he said. “It’s the cheapest life insurance policy you’ll ever get on a firefighter.”

Since being named chief, Lemons has been meeting with officers and firefighters asking where the department should head, along with its strengths, weaknesses, opportunities and threats. One request he has heard over and over again is for more vigorous training on technical skills.

“We’ll go out to the training facility more, do more hands-on fire training,” he said. “I also want to strengthen middle management with leadership classes and management classes.”

One change that Lemons already has made is naming Eryn Green as EMS division chief.

“She’s a great lady, very capable of taking us to the next level. She also comes from a firefighter family,” he said.

“Overall, fire runs are down,” Lemons said. “Most are EMS related, but we still have to know how to respond and be proficient at mitigating all other conditions. We are an all-response agency.”

The biggest problem facing Lemons and WFD is the growth of Westfield.

“We’ll anticipate further growth and where to position future stations,” he said.

One issue facing WFD now and the foreseeable future is construction on U.S. 31 and its impact on response times. Lemons has biweekly meetings with INDOT officials to receive updates on construction, which he gives to battalion leaders and shift personnel to find alternative routes.

“We’ve seen some minor issues, but we’re always trying to anticipate any future concerns,” he said. 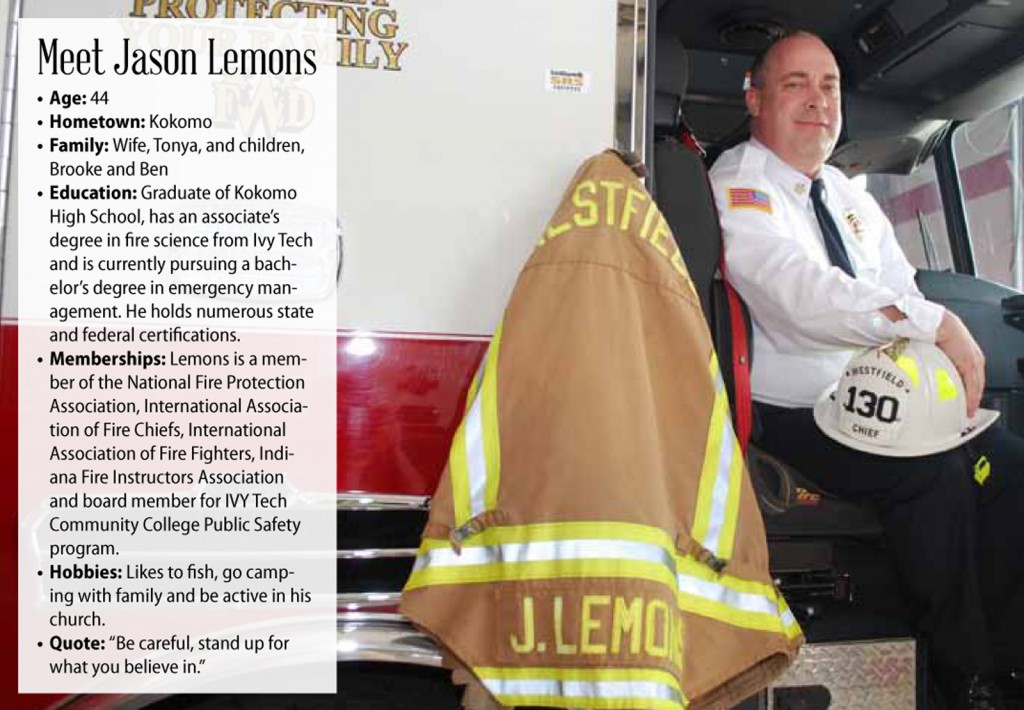 Lemons started as a fire marshal for Chrysler Corp. He was a volunteer firefighter for 16 years for Harrison Township in Howard County where he served as fire chief from 2002 through 2006. Lemons joined WFD in 1999 and has held the ranks of lieutenant, captain and deputy fire chief. From 2008 to 2011, he served as deputy chief. In 2012, Lemons moved back into the company as captain while also serving as Jackson Township Deputy Fire Chief.

He has been an emergency medical technician since 1992 and an Advanced EMT since 1997. Lemons served as the department’s Technical Rescue Team Leader since its inception in 2008 and is currently a member of Indiana Task Force One.

“The best part is being able to help others and be a blessing to them and their families,” he said.

Like other emergency service professions, firefighters see people on the worst day of their lives. Lemons said two department chaplains frequent the firehouses to help talk them through the tough times.

“When we’re faced with those things, we typically carry those them with us for the rest of our lives,” he said. “We rely a lot on each other and our faith.”