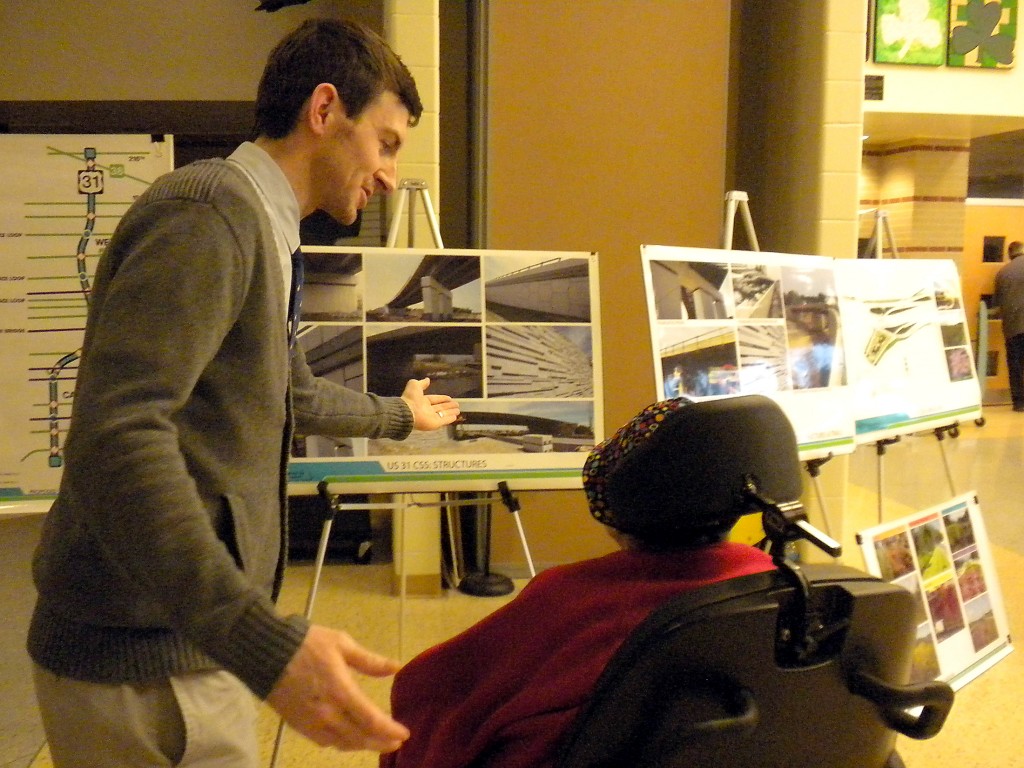 Almost 300 members of the community learned about the updated timeline, design and construction plans for the U.S. 31 Hamilton County project on March 12 at Westfield Middle School cafeteria. Hosted by INDOT, the open house provided citizens a chance to interact with representatives and learn more about the 13-mile stretch of construction along U.S. 31.

Many citizens expressed concern about how the construction and the new road will affect Westfield, and whether the confusing detours and construction will even be worth it in the end.

“The new highway will provide a safer road through Westfield. You’ll have easier access from the south to the north,” Seth Schickel, structural team leader for R.W. Armstrong (an INDOT contractor), said. “It will increase the capacity and safety, and it will all look nice in the end, too.”

The construction project started in 2011 and work is planned to end in 2016. There are several different contracts split up throughout periods of time so INDOT can focus on each part of the highway. The five-year long result will encompass I-465 and Ind. 38.

INDOT has budgeted for landscape design as well, and when the project ends, there will be approximately 50 species of trees and native grasses for appeal and to protect against erosion.

“The highway will have a more natural look when we’re finished because we will use different colors and palettes so the road will look more appealing than other highways,” Green 3 Landscape Designer Aaron Wood said.

In a couple years’ time, U.S. 31 will be quicker, safer and more appealing, but for now commuters and the citizens of Westfield will have to maneuver around messy debris and construction signs.

“I think with any project you just have to be patient,” R.W. Armstrong Project Engineer Melanie Killips explains. “But in the end it will be a lot nicer.”

Sixty percent of the $400 million construction project has been completed, and the INDOT workers truly believe that the Westfield community will strongly benefit from this highway.