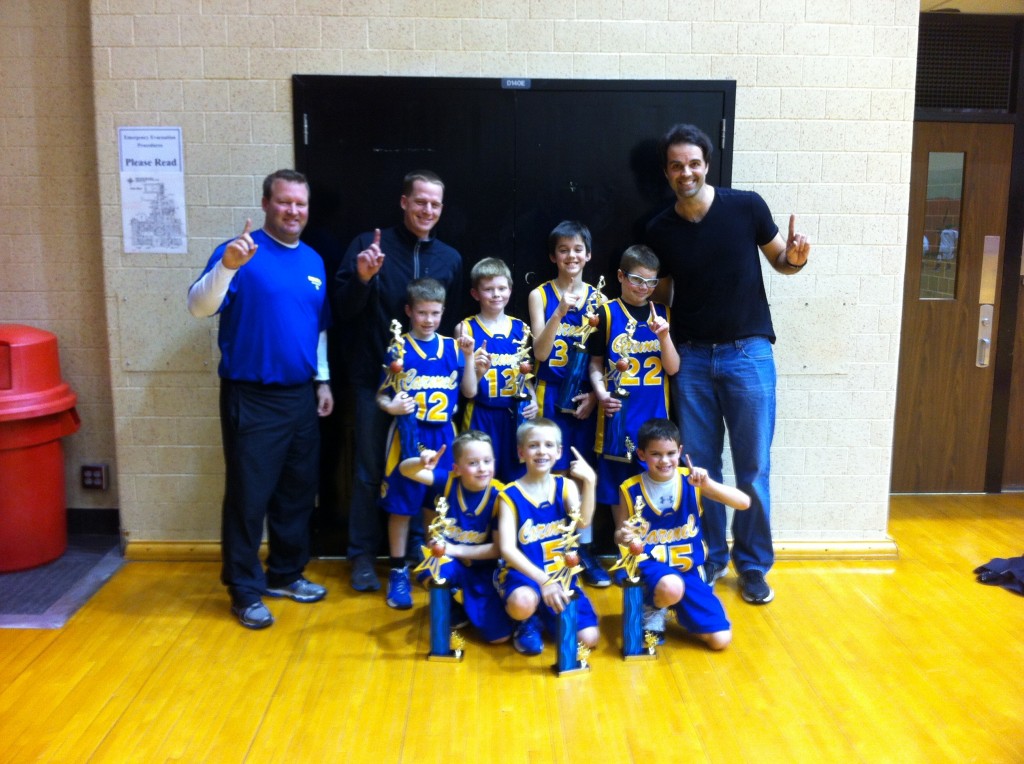 On the weekend of March 8, the Carmel Blue Pups third-grade basketball team won the 2013 USSFA Indiana State Basketball tournament, becoming this year’s state champions. The boys tried out for the team in September of last year and worked hard to get to the championship.