You are at:Home»Current in Fishers»City of Fishers?

Understanding the chain of events that culminate in November’s referenda 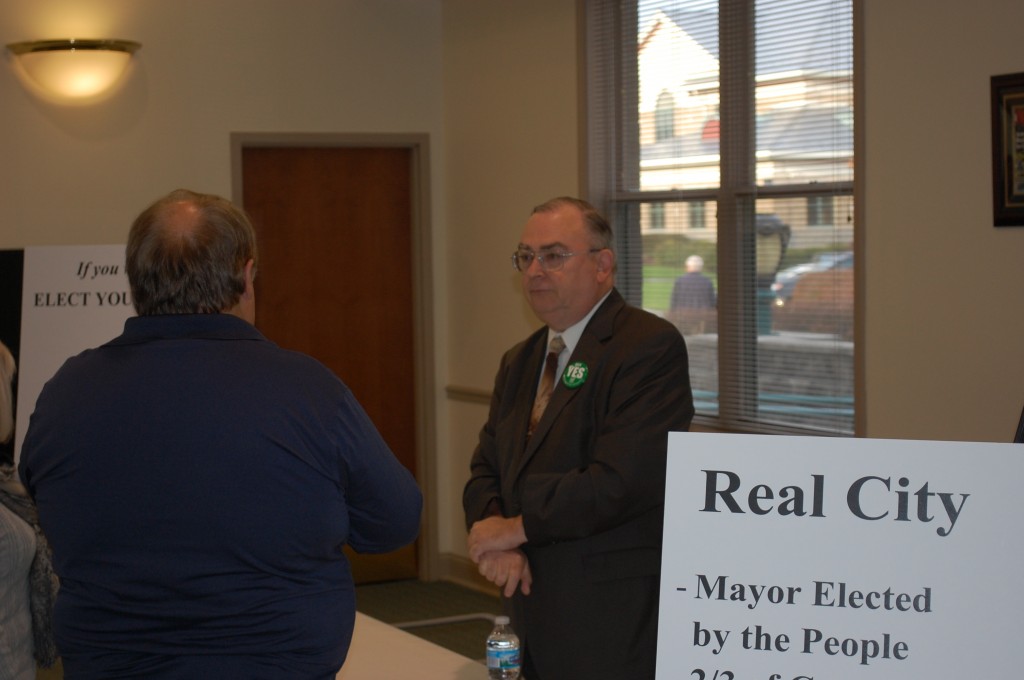 On Nov. 7, residents of the Town of Fishers and Fall Creek Township may wake up to a new form of government. The road to a vote on governance spans approximately five years and has its share of twists and turns. Understand the chain of events leading up to the vote on Nov. 6 with this timeline. Current in Fishers gathered the information from various sources, but primarily from the Indiana Supreme Court opinion provided by Chief Justice Randall Shepard of the case Michael R. Kole, Joseph L. Weingarten and Glenn J. Brown, individually and on behalf of all others similarly situated v. Scott Faultless, Daniel Henke, Eileen Pritchard, Stuart Easley, David George, Arthur Levine, individually and in their official capacity as the Town Council of Fishers, Ind. and Fall Creek Township, which renders the vote on reorganization an option this fall.

1998 – A referendum to become a second class city failed.

2007 – According to long-standing City Yes political action committee member Greg Purvis, questions are raised about the structure of town government while he ran for Fishers Town Council. City Yes has financial records that date back to January 2009, found through a Hamilton County database search.

April 2009 – According to Fishers Town Manager Scott Fadness and Director of Public Relations Maura Leon-Barber, a city-town study committee is held to conduct research on a shift to a second-class city.

May 3, 2010 – A petition was filed after garnering 1,700 signatures from voters in Fishers asking for a referendum deciding if the town would convert to a second class city, according to Shepard’s opinion.

May 5, 2010 – The Fishers Town Council passed a resolution that began the path to reorganization, according to Shepard’s opinion. The resolution made it possible to start a commission with a mission to “study the possibility of merging the two entities (Fall Creek Township and Fishers) into a reorganized city.”

Nov. 11, 2010 – A plan to reorganize the Town of Fishers and Fall Creek Township was approved by the commission.

Dec. 20, 2010 – The Fishers Town Council and Fall Creek Township adopted the reorganization plan and set the referendum for this November.

Dec. 30, 2010 – The plaintiffs who originally filed suit to compel the Fishers Town Council dismissed the suit and refiled with the U.S. District Court by their own accord, Shepard said in the opinion.

Feb. 21, 2011 – According to Shepard’s opinion, the Fishers Town Council “acknowledged” the petition by passing a resolution and setting the referendum for this year’s general election, running side-by-side the vote on the reorganization plan.

March 8, 2012 – The Indiana Supreme Court filed the opinion solidifying the town’s ability to reorganize and implement a system that involves electing the city council at large and an appointed mayor.

Mid August 2012 – The Fall Creek Township Board passed a resolution requesting the Hamilton County Election Board to hold a public hearing on the ability to rescind the reorganization question and the structure of the voting blocks.

Aug. 30, 2012 – The Hamilton County Election Board held the requested hearing. It established the voting blocs as all of Fall Creek Township plus Fishers residents and Delaware Township residents in Fishers.

September 2012 – The Town of Fishers begins its Future of Fishers information campaign.

Nov. 6, 2012 – The questions on reorganization appear on ballots for eligible voters.