You are at:Home»Current in Westfield»Family escapes house fire 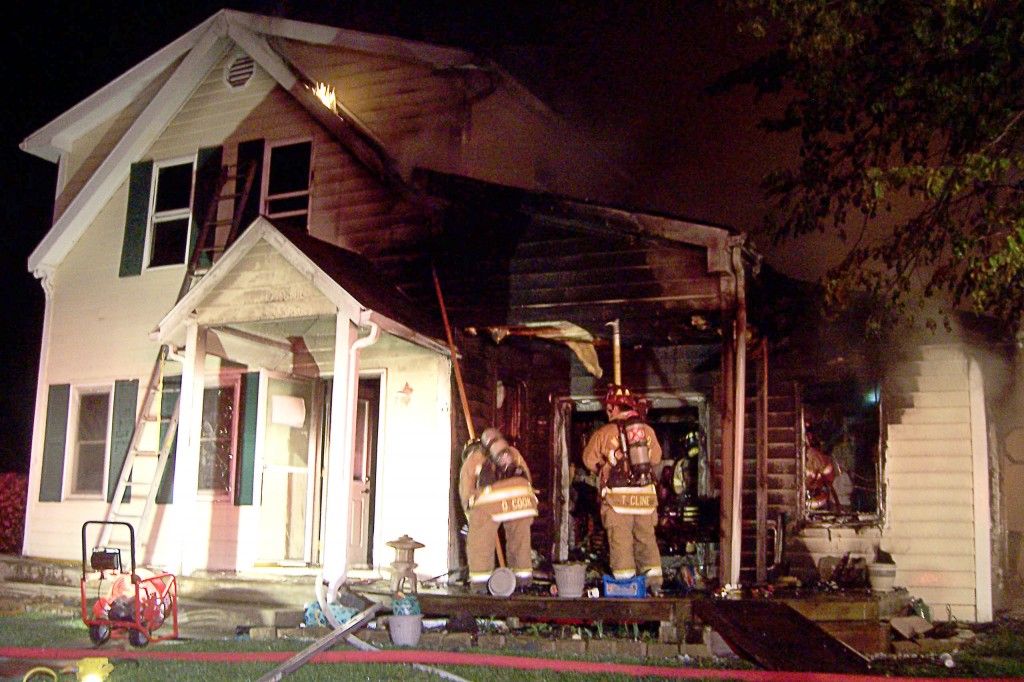 Flames consumed a home at 210 Penn St.last week. Firefighters battled the blazes and brought in firefighters from Carmel and Noblesville to help fight the fire that worked its way through the two-story home’s walls.

“We were able to put the initial fire out relatively quickly. It (the house) had been renovated multiple times, and when you build onto a house, it creates empty spaces in the walls,” said John Barrett, Westfield Fire Dept. spokesperson. “We kept finding more places, and that’s what took a lot of time to put out.”

According to WFD, the fire ignited in a bedroom, where a space heater was dangerously close to flammable materials.

“The heat from the space heater melted a nearby trash can that began a trickle effect, causing the fire spread throughout the house,” Barrett said, “As the fire began to spread, smoke detectors alerted people in the home.”

Barrett said the startling sounds of the smoke detectors is what saved the family from a tragic ending.

American Red Cross is caring for the family now.