You are at:Home»Current in Carmel»Carmel Community»Councilman: City did not test for soil fungus before beginning grain elevator demo 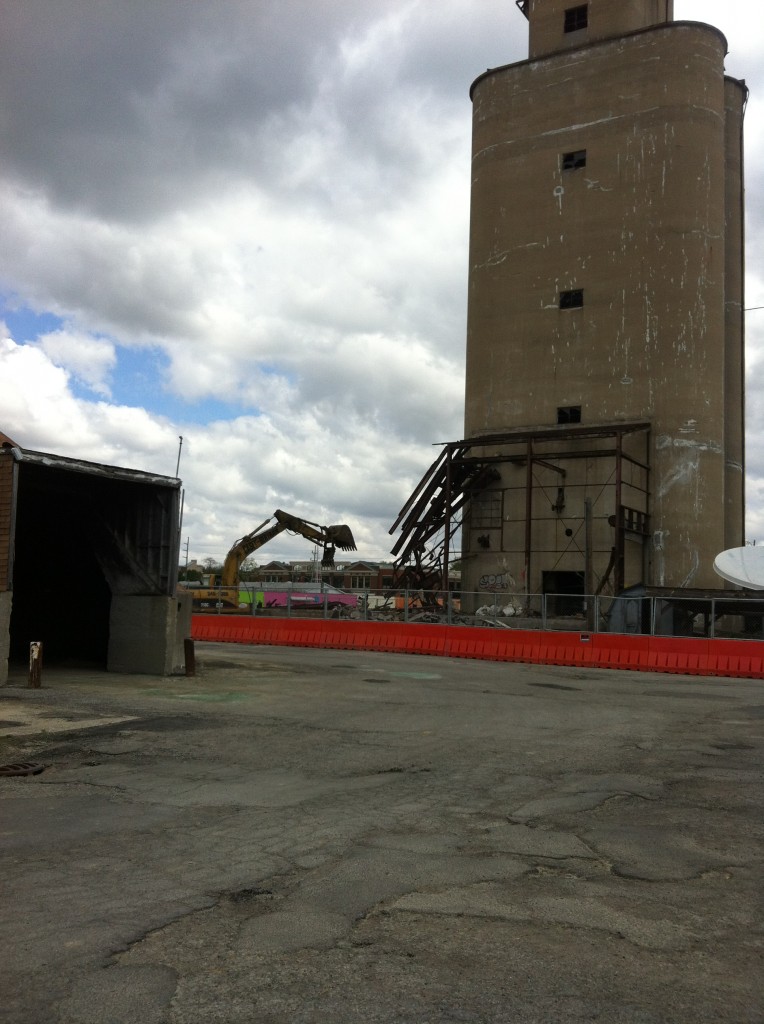 Councilman Eric Seidensticker says he has received confirmation that the area on which the grain elevator sits was not inspected for a potentially dangerous soil fungus prior to the start of demolition work.

The question was raised last week when Holly Anderson, the manager of nearby Club Canine Doggie Daycare & Boarding e-mailed the mayor and other city officials requesting that demolition work be stopped and postponed because of what she called short notice and the affect the work could have on the business. Eventually, members of the local media were copied on the chain of e-mails that began questioning if the demo site had been tested for histoplasmosis – a soil fungus commonly found in the state that can be harmful to humans and animals.

Councilors Seidensticker and Carol Schleif were among a group of the e-mail’s recipients who asked to see the report to verify this claim.

Seidensticker later circulated a 2009 report he said was provided by Carmel Redevelopment Commission director Les Olds that shows – as Seidensticker points out –the survey of the site completed by August Mack Environmental only looked for asbestos and asbestos containing materials.

To this, Brainard replied “The environmental firms, in order to get state permits, look for all environmental hazards, including histoplasmosis. Asbestos is the usual problem and is always first on their list but they checked for all hazards and we are fine to proceed.”

However, Seidensticker later said he personally called August Mack, and a contact with that company told him Brainard’s statement is not correct.

“Their scope of work only included asbestos and ACMs,” Seidensticker said in the e-mail. “I do not believe that moving forward with this demolition project is in the best interests of the people’s health and safety. The consultant did not check ‘for all hazards’ and I don’t believe we ‘are fine to proceed’ when we lack confirmation of the absence of an environmental concern that the state ofIndianaspecifically speaks to.”

Brainard said he, in the e-mails, had been relaying information told to him by staff members.

According to the Indiana State Department of Health’s Web site, the fungus can cause an upper-respiratory illness, and people are at greater risk of being exposed to the spores during excavation and demolition.