You are at:Home»Current in Westfield»Creativity in kids 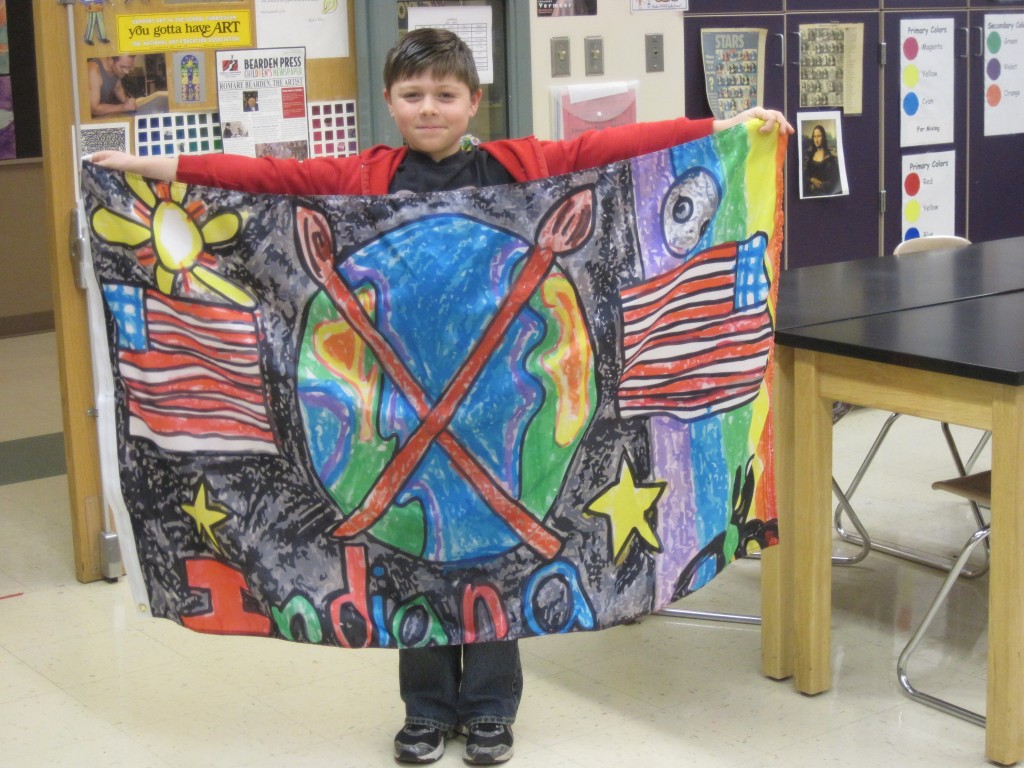 March is a month that sparks creativity for students all across the nation,and here in Indiana,the month is dedicated to the artistic perspective of elementary students.

Youth Art Month, sponsored by the Council for Art Education, celebrates children’s growing education in two components, one being a flag competition. Students in every state are asked to create a flag with a theme. This year’s theme is “How art shapes the world.”Art teachers from all over the nation vote to name the winning flag for each state at YAM’s fall convention. The winning flags from each state move on to fly in New York City and Washington D.C.

As students across the nation put their paintbrushes to paper, theyhope their creation will represent Indiana andfly at the nation’s capital. The two hands that created the winning flagswere much closer to home. 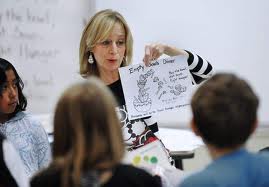 According to Bev Staub, Washington Woods elementary art teacher, the winning flags are chosen at the fall YAM convention where teachers all over the nation mark their favorite pictures with a Post-it Note. The names and schools aren’t listed anywhere on the paintings, so the judging process remains unbiased.

Staub said she was happily surprised to discover the painting covered with Post-it Notes was one created by one of her own students.

“Garrett is very deserving. We have a lot of deserving students, but he works so hard and is so focused in all aspects of his education and activities,” Staub said.

Staub added thatcalling the Smith family with results was as exciting for her as it was for them.

“I talked to Garrett’s mom.I didn’t get the chance to talk to Garrett, but I could just imagine his smiling face when he found out his painting won,” Staub said.

Smith, the young artist who also enjoys soccer and sports, said the idea for his piece was nearly instantaneous when he heard this year’s theme.

“Adding the American flag kind of popped in my head. I thought having our flag on a flag that will be in D.C. kind of made sense,” Smith said. “I used the paintbrushes over the world to show how they’re part of the world.”

Smith said his love for sports is an activity that may have helped him achieve his big win.

“I like sports because I’m really active and I like to be moving. It’s fun and you use a lot of hand-eye coordination. That probably helped me with my painting.”

Although Smith is an on-the-go fourth-grader, he said his interest in flags in general inspired him to focus while painting in Staub’s art class.

“If I’m doing something like art, it’s kind of like I’m not thinking about moving; I’m thinking about what I’m doing,” Smith said. “I like to look at maps in my free time. I think they’re pretty cool. They’re not just flags. You can see them in a lot of places besides just flying, such as in books, pictures and drawings.”

A painting for the sky

Smith said the idea of knowing his flag will be flying in two of the nation’s biggest cities, like the flags he studies in books,is a visual he’s counting down for.

“My flag is actually going to be flying with other flags, and I’ll get to compare the flags,” Smith said. “I can’t wait. I keep looking at the calendar and I’m waiting for it.”

Smith’s creation, along with other state winners, will be honored in a special ceremony at the nation’s capital.

Staub said the flag competition is just one example of how art connects students with all subjects, and the world outside the classroom.

“Our school’s second-graders are studying communities. Sowe look at artists who have depicted their communities in different ways; we study how artists think about art. Through that, students learn to create,” Staub said. “When they go out into the big world,they can take all those ideas and make them their own. It puts them in touch with the world around them.”