You are at:Home»Current in Westfield»Your Views: XL pipeline 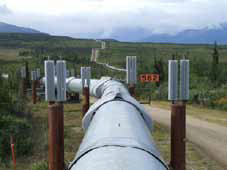 It is our position the Obama Administration’s recent decision to defer approval of the XL pipeline project was a political decision adverse to our country’s best interests. The pipeline was intended to carry Canadian shale oil to refiners in the U.S., but was derailed by nebulous environmental concerns.

In a broader sense, though, the real misfortune from the decision was a missed opportunity to develop a reliable supply of energy from a friendly source. True, the price of oil is generally determined in a global marketplace, but a dedicated pipeline from our Northern neighbor would provide some insulation from disruptions that could devastate our economy.

Much of the world’s oil resides in countries antagonistic to the U.S., or in regions where safe transport can be disrupted. Unstable regimes in the Middle East and Venezuela, and to some extent in Russia, leave the West vulnerable to targeted embargoes or general shortages that become a national security concern. Having a direct pipeline from America’s closest neighbor means some of our basic needs would be met, even during times of geopolitical turmoil.