You are at:Home»Current in Westfield»Westfield Community»Dartt to run for Westfield council seat

Westfield resident has announced his candidacy for the Westfield City Council District 1 seat. 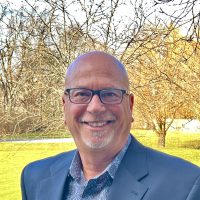 Dartt, who retired last March after a 28-year career with Delta Faucet Co., was a vice president for the last 22 years with the company and had been on the executive staff since 2011.

Dartt, who was vice president of sales at Delta Faucet Co., cited his past experience in managing teams, negotiations and budgets that would be beneficial if elected.

“I think that’s critical, and there’s nobody on the council that has that type of experience than I do,” Dartt said.

Dartt also said his experience with long-range planning and building relationships with people would also benefit Westfield as it moves forward.

“I think those are all important aspects of what a council member should have,” Dartt said. “I think that’ll be a real key benefit or attribute.”

Dartt said public safety, education and downtown growth and development are among his priorities. He said his goal is to make Westfield a destination for people, noting that he believes the city has “a great opportunity to really drive a unique and great downtown.”

Dartt said although the city has a comprehensive long-range plan, he believes it should be updated on a regular basis. He also supports expanding economic development efforts and would like to see a team created that proactively recruits businesses to Westfield.

Asked about Grand Park and what should be done with the complex, Dartt said he doesn’t have a position about whether it should be sold or not but noted that “Grand Park is the jewel of Westfield.”

The city is pondering a possible sale or entering into a private partnership to operate the complex, which is owned by the Westfield Redevelopment Commission. The 400-acre complex serves as the training camp for the Indianapolis Colts and has 31 soccer fields, 26 baseball diamonds, two administration buildings, seven concessions stands and a 378,000-square-foot multi-use event center.

City officials hope to identify a firm by March once interviews are completed with the seven firms that submitted proposals. A six-member panel will eventually make a recommendation to the Westfield City Council and the city’s Redevelopment Commission regarding the proposals.

Dartt said there is more work to be done in developing the area in and around Grand Park, describing it as being unique to Westfield.

“There’s a lot of opportunity to expand and grow and I think we’ve missed the mark on that,” he said.