Molly Moskovitz thought she was finished with gymnastics at age 13.

“It was a lot of stress on my body,” she said. “I was starting high school and wanted to focus on other things in my life. I fell out of love with it a little bit. But being a coach for a club team made me fall back into it and wanted to start competing again.”

Moskovitz said she started thinking about creating a gymnastics team at Westfield High School because she had seen family friends start one at Fishers High School.

Moskovitz, who is the team captain, talked to athletic director Andy Tebbe before the school year and received his support. Molly’s mother, Lynn Moskovitz, serves as the coach.

“We have nine girls on the team, which is amazing for a first year,” Molly said.

Like her daughter, Lynn said the girls came out of retirement to compete.

“They had ended their club experience, and everyone said they were going to start training again,” Lynn said.

Westfield will have its first meet Jan. 7 at Columbus East High School.

Along with Fishers, Noblesville and Guerin Catholic have gymnastics programs. Carmel had six state finals appearances, including 2007, but dropped the sport after the 2008 season.

Molly and Jersei Bradshaw are the two seniors on the team, which includes two juniors, four sophomores and a freshman.

“I reached out to some of my former club teammates (in August) and I had girls come forward that I didn’t even know did gymnastics say they had done gymnastics and would like to do it,” Molly said. “We had some passion and love for gymnastics, and having this opportunity brought us all together.”

The team benefits from training at Wright’s Gymnastics at Grand Park in Westfield.

Lynn said the girls are funding a lot of their own training.

“We don’t have a home facility, so our whole season will be away meets,” said Lynn, who plans to continue as coach after Molly graduates. 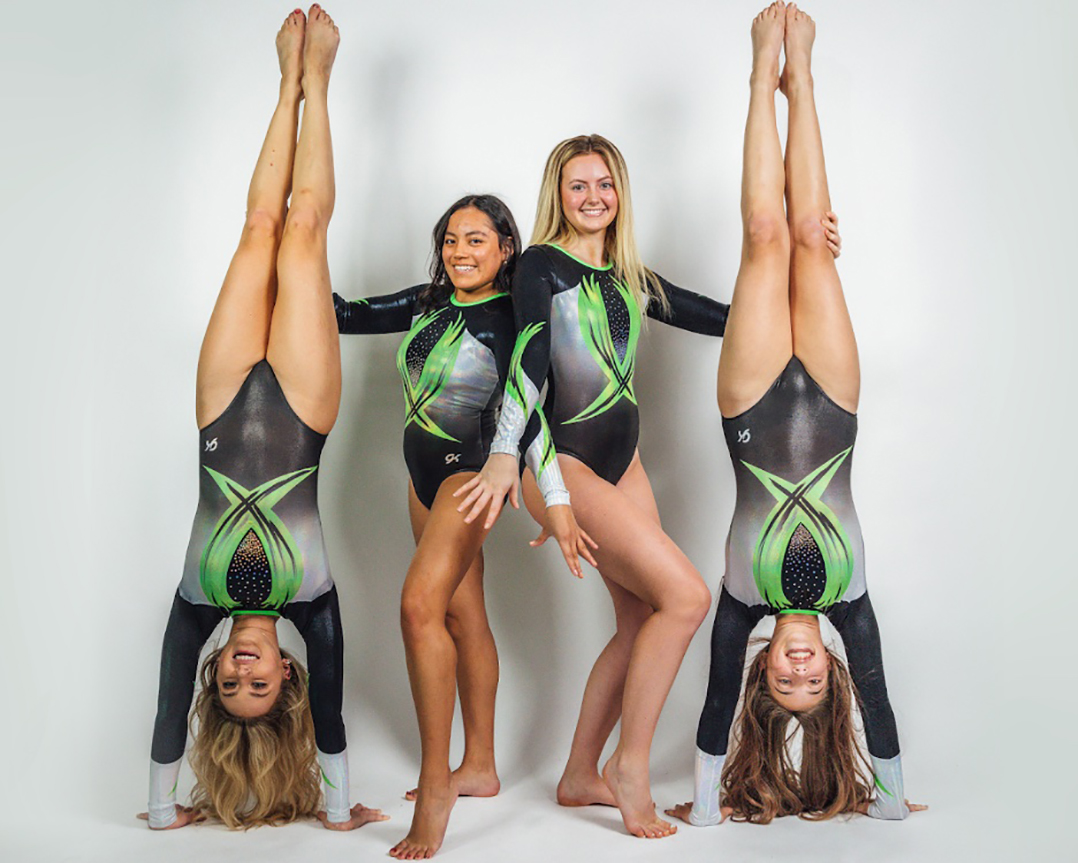 Many high schools decided to drop

Ally Dunkin, a 2018 WHS graduate, is a volunteer assistant coach for the team.

Dunkin competed in club gymnastics from age 4 to18. She had coached Molly in gymnastics and dance.

“She posted on an Instagram story that she was starting a team,” Dunkin said.

“It’s been wonderful being back in the gymnastics world and learning a different side of things,” Dunkin said. “The Junior Olympics program I was in, the rules are about the same. But there are a lot of little things that are different. It’s exciting to learn those differences. I think it’s wonderful they are able to compete for their school and stay connected to the Westfield community, because Westfield is amazing.

“Andy Tebbe has been great working with us.”

Lynn said she wants the girls to enjoy competing.

“But being challenged can be a joy, also,” she said. “We’re new to this high school realm. I think we should do OK. We’ll go against some tough competitors, but, hopefully, we’ll do a good job and enjoy ourselves, which is our priority. We’re not going to just win. We’re going to find personal achievements, and in doing so, we’ll see growth and accolades to go with it. It’s been fun to take this group of girls that never interacted together and create this community for them. They cheer for each other when they get new skills. It’s been fun to have the support of the high school from the get-go.”

“I had competed (in) gymnastics in the (Junior Olympics) program for about 11-12 years, consistently, until three years ago,” Reynolds said. “I had to quit due to my body being overworked and not having that same spark in myself compared to when I was younger.”

However, the spark is back.

“Ever since I was little, I wished for there to be a gymnastics team at my school that I could compete on, so when my family heard about this new program, we were so excited,” she said.

She said she is enjoying making new friendships with her teammates.

“I’m looking forward to seeing changes from when I did competitive gymnastics three or more years ago versus now,” she said. “I give a huge thanks to Coach Lynn and Molly Moskovitz for making this possible.”

“Once COVID hit when I was in eighth grade, my old gym shut down and I had to stop,” Burke said. “I tried a couple times to find a new gym, but I never found one near me with girls my age. When I found out WHS was getting a gymnastics team, I was beyond happy. I told everyone that I could about it, including my old teammates from middle school.

“I’m most excited to make new friends and just continue doing the sport I did my whole childhood.”