You are at:Home»Current in Geist»Geist Cover Stories»Looking ahead: Lawrence area to see several construction projects in the new year

The City of Lawrence will see a mix of projects in 2023 – some new, some ongoing, and some nearing completion. From utility projects to on-going work on schools, the new year will focus on improving the area for residents and visitors. 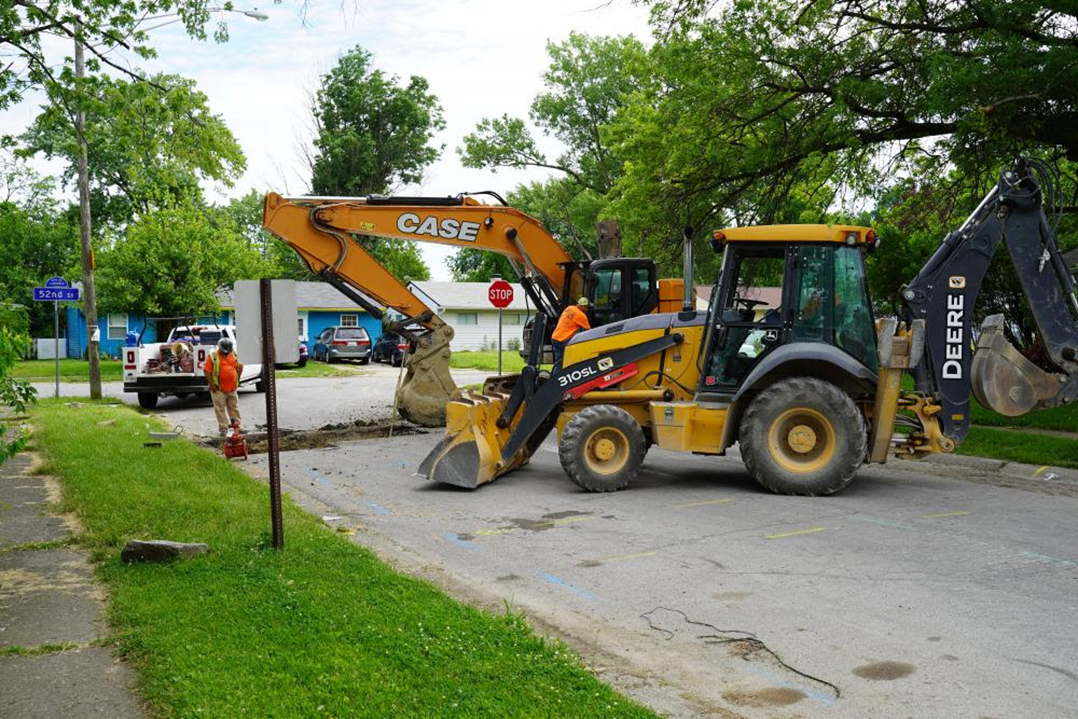 Crews prepare to start work on a project funded by a $600,000 stormwater grant to benefit the part of Brookhaven Neighborhood north of 52nd Street. Photo courtesy of the City of Lawrence.

Lawrence will see several water, road and sewer projects begin in 2023, including a replacement project for the Brookside Park water main.

“This is still in design, and we do not have final plans or construction estimates yet, but based on past projects, this one will likely approach $2 million in construction costs,” City of Lawrence Utilities Supt. Scott Salsbery said.

The project is in the “older” part of the city from 54th Street south to 49th Street, and from Richardt Street west to Shadeland Way/Interstate 465, according to Salsbery.

Salsbery said that the department is negotiating with the Indiana Dept. of Natural Resources to install two new water supply wells in Fort Harrison State Park, where the city’s existing Fort Harrison well field is located. The project does not have final design plans, but the cost of the actual drilling of the wells is about $250,000 to start with. Salsbery “hopes” to have the project in full design in early 2023.

However, several projects are expected to be completed in the new year.

“We will be finishing up our Phase II Contract B Water Main Replacement Project started in 2022 that is replacing mains on Franklin Road, 46th Street, Elmhurst, Woodcroft, McGuire Court and Richardt Street,” Salsbery said. “This is a $3.7 million project that is expected to be completed by the end of 2023.”

Salsbery said the Maple/Zoeller/Wallingwood Water Main Replacement Project will be completed early next year as well.

“This $1.7 million project is substantially complete now, but there will likely be some additional restoration work needed in the spring,” Salsbery said.

The city will complete the 2022 Manhole and Sewer Rehab Project, which was funded by a State Water Infrastructure Grant with a matching amount from the city’s ARPA funds. The cost of the project is $4.1 million, and the work involves lining and replacing gravity sewer mains, manholes and customer service laterals in the right-of-way.

The city also expects to begin work on stormwater drains in the Brookhaven neighborhood north of 52nd Street. The city is applying for a $600,000 grant from Indiana Office of Community and Rural Affairs. Officials ask that area residents participate in a survey to help support the need for the grant money. The survey can be found at surveymonkey.com/r/TS96DYC. 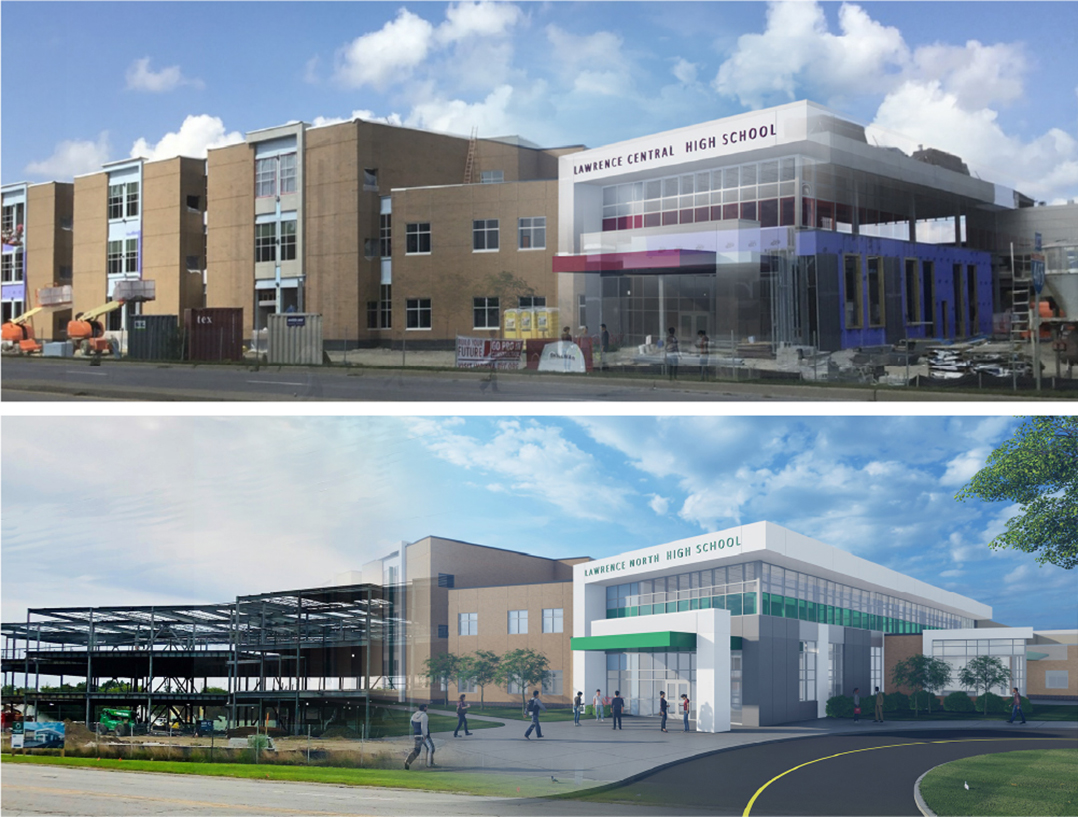 A rendering of the front of both Lawrence Central and Lawrence North High Schools. Photo courtesy of Schmidt Associates.

This year saw forward progress in renovations and upgrades to school buildings within the Lawrence Township district. According to the district’s Director of Communications Dana Altemeyer, 2023 will see continued improvements and the start of new renovation projects. 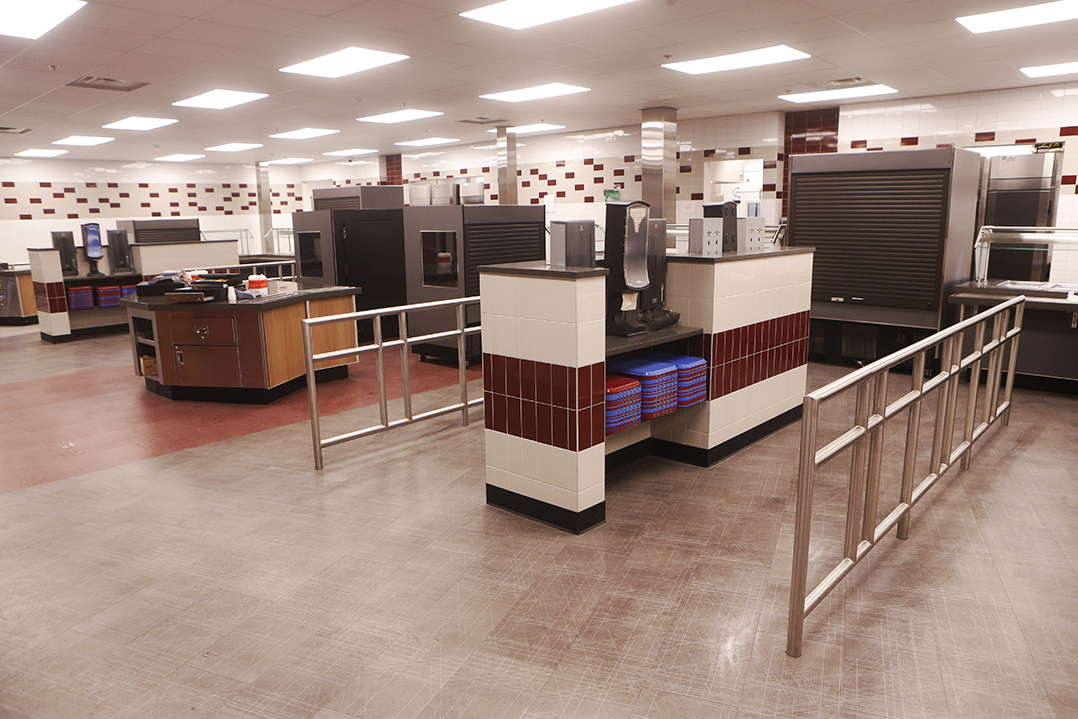 Lawrence Central has a new cafeteria area as part of the continued building renovations. Photo courtesy of the Metropolitan School District of Lawrence Township.

Lawrence North’s completed projects include the performing arts wing, visual arts area, tennis courts and pavilion and exceptional learners’ area. The new pool will open in the summer of 2023. 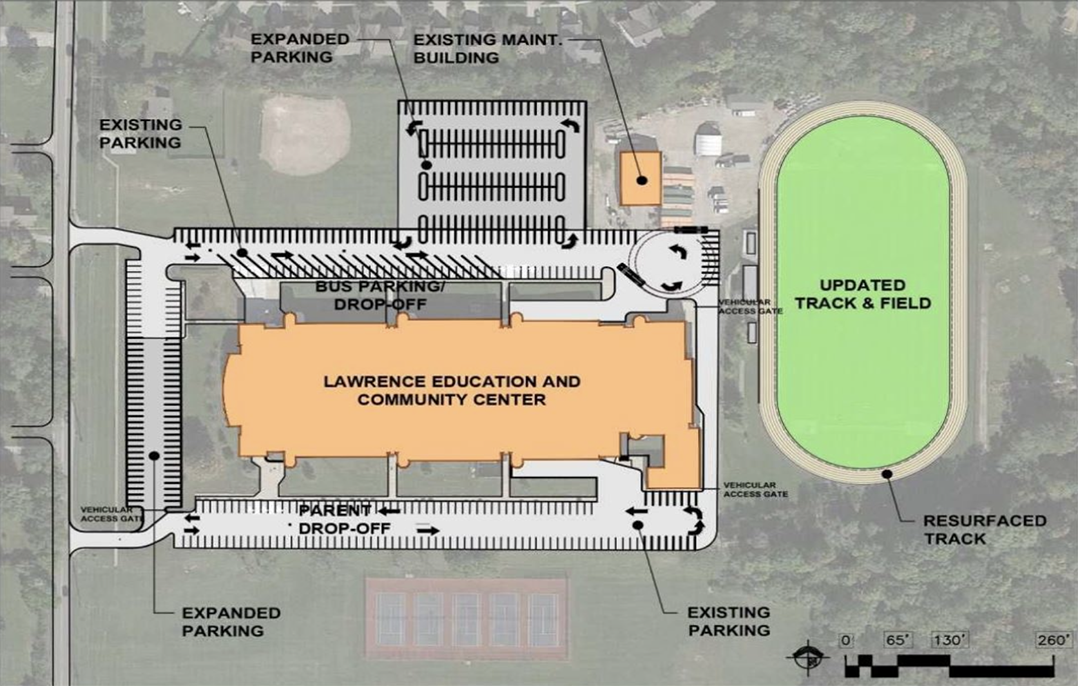 A map of the Lawrence Education and Community Center. (Photo courtesy of the Metropolitan School District of Lawrence Township)

The district also plans to begin renovations on Fall Creek Valley Middle School and Lawrence Education and Community Center that will begin in June of 2023. Construction on the administration building will begin in the fall of 2023.

Altemeyer said the district is preparing for the expansion of building-wide, two-way dual language immersion programs in Skiles Test and Sunnyside elementary schools for the 2023-24 school year.

In addition to the above renovation projects, the district is planning for the expansion of year-round preschool at the four Early Learning Center sites beginning in 2023.

Altemeyer said the district plans to continue its equity work in creating learning environments devoid of “racial and ethnic disparities in achievement” while raising achievement goals for all students.

“We are in the process of developing a strategic plan for the next three years,” Altemeyer said. “(The plan) will go to the (school) board in April or May.”

Lawrence will present multiple events in the new year, including: