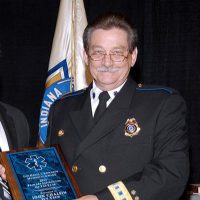 Hamilton County Coroner John Chalfin is retiring from his position effective Dec. 31 because of term limits.

Chalfin, who was first hired as a part-time deputy for the coroner’s office in 2008, won the first of his two elections in 2014. Coroners are limited to two four-year terms in Indiana.

“It’s been an honor to serve the people of Hamilton County and help them in some of their darkest hours,” Chalfin said.

Chalfin and his team investigate nearly a quarter of the county’s deaths and are responsible for tending to suspicious and unattended deaths, primarily homicides, suicides, and accidental deaths, according to a news release.

“We owe it to people to treat their loved ones with dignity. Anything we can do to provide them with more comfort and decency, we want to do,” Chalfin said.

Chalfin said under his tenure, he has done his best to keep pace with Hamilton County’s growth. The department’s caseload has increased 200 percent in the past decade from 200 cases a year to more than 600 cases a year, according to the coroner’s office.

But Chalfin said his proudest moment was overseeing the building of a new morgue in 2018.

“If we hadn’t built the morgue when we did, we would have been sunk, especially when COVID hit,” Chalfin said. “I’m also proud of our new office space, our increased manpower and the fact that we now have vehicles that allow us to do our own transport.”

Chalfin, who will be 79 in March, has no plans to slow down. He plans to attend either auctioneering or apply to law school, he said.

“I certainly won’t miss being on call 24/7, but I still want to do something that allows me to give back,” he said. “I feel as long as I’m alive, it’s my God-bound duty to do something to make the world a better place.” 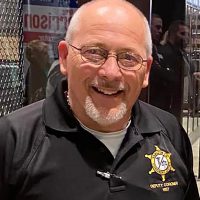 Jeff Jellison, who is the chief deputy at the coroner’s office, will take over Chalfin’s position Jan. 1 and has spent the past six years working as a part-time deputy coroner with Chalfin.

“John is a tremendous mentor,” Jellison said. “He carries a ton of wisdom and has been a father figure to many of us. He will easily go down as the best coroner this county has seen.”