Nicole Amsler is eager to direct her own one-act play as part of “Christmas at the Playhouse.”

The group of six one-act original plays is set for Dec. 9-11 at Basile Westfield Playhouse.

Amsler, a Noblesville resident, wrote and will directk “Holiday Cards.” She also is the director for “Clara The Christmas Tree Angel,” which was written by Enid Cokinos. 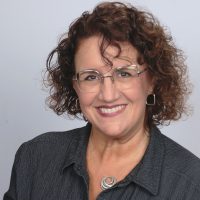 Two plays, “A Requiem for Shermy” and “Last Minute Shoppers,” were written by Mark Harvey Levine. The other plays are “Garland, Gynos, and Gurneys” by Megan Ann Jacobs and “Tradition” by Josh Elicker. The short plays by Indiana writers are 10 to 12 minutes long. Amsler said Logan Laflin will sing between the acts.

“When I started playwriting, I decided it would make a really good short story,” Amsler said. “It’s about a family and you see all the dysfunction, but they are all writing those newsletters that are very sweet. They all say the best things but behind the scenes you realize that is not truly how it is.”

There are six performers in “Holiday Cards” with a mother, her two adult children and significant others and a younger daughter.

“I’ve had this play staged before where I went to go see it and someone else directed it,” Amsler said. “It was done in New York and in Wisconsin. It was very interesting to see other people direct that play, so I’m excited to be able to do it myself. If you don’t direct the ending correctly, there is a pretty big reveal that gets lost if you change the lighting or let people think it’s come to an end. There is actually a pretty big surprise at the end.”

Amsler said all the plays are uplifting and fun.

Earlier this year, Amsler acted for the first time in 27 years in “Calendar Girls” at Epilogue Players Theatre in Indianapolis.