During November, Pancreatic Cancer Awareness Month, the Carmel resident – whose pre-diagnosis career included researching a treatment for the disease – shares his story to help others.

“Given that early diagnosis is key to the treatment of pancreatic cancer, I’ve been working with the Pancreatic Cancer Action Network to increase awareness,” Hynes said. “We’ve been doing this by speaking to a variety of groups around the Carmel and Indianapolis areas.”

The Pancreatic Cancer Action Network is highlighting the importance of research, launching a nationwide fundraising and public awareness campaign focusing on “Research for All of Us.” According to the research, pancreatic cancer is one of the nation’s deadliest cancers, with a five-year survival rate of only 11 percent.

“I was working from home on that day because of the pandemic,” Hynes said. “After having lunch with my wife, she noticed that I had become jaundiced. I immediately called my primary care physician, Dr. Shelagh Fraser.”

Hynes also had epigastric pain in his stomach.

Fraser told Hynes to come to the office as quickly as possible. Several different blood tests were run, indicating a serious condition. He was sent to the emergency room for a scan and by 5:30 p.m. that day he was diagnosed with a pancreatic tumor.

“Because of the location of the tumor as well as the quick action by my primary care physician, I was diagnosed early,” he said

Fraser  said Hynes and his wife are very observant people who are able to read medical literature and know what is going on.

“Lynn suggested he call me and him coming in that day was really important,” Fraser said. “Once anyone has any symptoms of pancreatic cancer, they already have the disease. That’s why it’s important to develop better screening options for pancreatic cancer.”

Fraser said of all her patients Hynes is one of the ones most  focused on a healthy lifestyle.

“It made him more attuned to the symptoms,” said Fraser, from Carmel-based Priorty Physicians.

Hynes received six rounds of chemotherapy, followed by a Whipple procedure, which involved his surgeon, Dr. Michael House, removing the tumor from his pancreas, gallbladder, distal bile duct, regional lymph nodes and duodenum. After a five-day stay in the hospital, Hynes was sent home to recover. Approximately one month after surgery, his oncologist, Dr. Anita Turk, restarted chemotherapy.

“It’s interesting to note that the average age of diagnosing pancreatic cancer is 71,” Hynes said. “I had just turned 71 when I was diagnosed.”

Hynes is in a program where he has a blood test every three months at the Schwarz Cancer Center at Indiana University Health North in Carmel.

Hynes, whose professional career involved developing a treatment for pancreatic cancer, was recruited to Eli Lilly after completing a postdoctoral fellowship at the Roche Institute of Molecular Biology in Nutley, N.J.

“I spent nearly 36 years working at Eli Lilly & Co.,” he said. “All of those years were within Lilly Research Labs. In fact, I was the director of clinical research for Lilly Japan (from 1987 to 1990) and led the clinical trials on Gemzar in Japan. Gemzar is a drug that is utilized to treat pancreatic cancer.”

Hynes lived in Carmel for several years prior to moving to Japan. He returned to Carmel after the assignment in Japan. He and his wife, Lynn, have two daughters, Katie Hynes, Carmel, and Amy Schultz, Iowa City, Iowa. 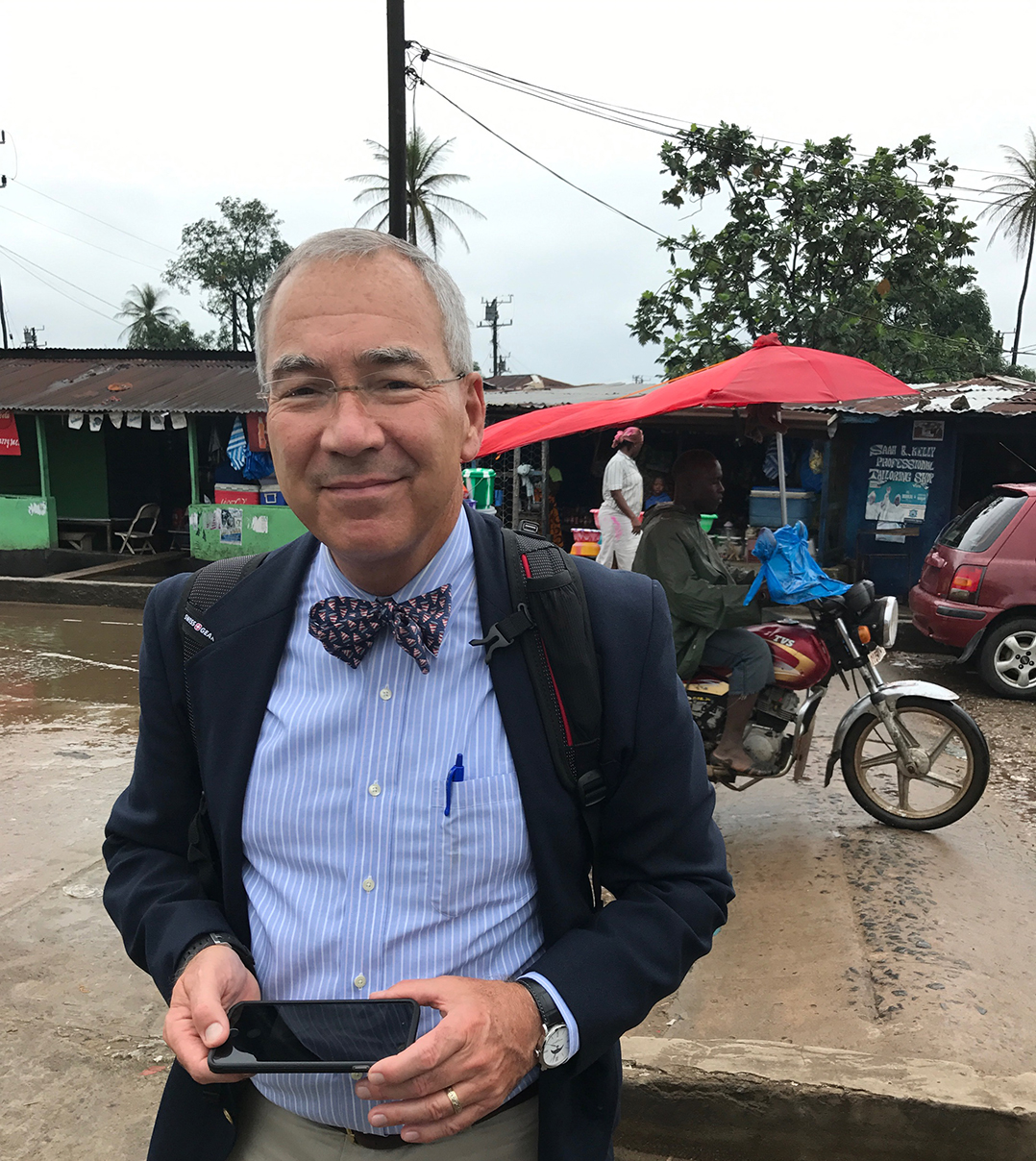 Martin Hynes visited Africa for three weeks in 2017 as a researcher with Mapp Biopharmaceutical working on a treatment for ebola. (Photo courtesy of Martin D. Hynes III)

Finding a treatment for ebola

As a research scientist with Mapp Biopharmaceutical, Martin Hynes III visited Africa for three weeks to work on clinical trials for ebola treatments in 2017.

“We were manufacturing monoclonal antibodies for the treatment of ebola,” Hynes said.

The group also conducted trials in the Democratic Republic of Congo.

He said during the trials a number of patients were treated and some recovered from the disease, which has an average fatality rate of 50 percent but has been ever more deadly during some outbreaks.

“Later clinical trials didn’t look quite as successful as we wanted it to be,” Hynes said. “We tried to treat as many people as possible given it’s such a horrific disease with such a high mortality rate.”

Hynes said he worked on ebola treatments until he was forced to retire when he developed pancreatic cancer.