You are at:Home»Current in Noblesville»Noblesville Community»Sayger, McGill to be featured in showcase

Nickel Plate Arts has announced its November Stephenson Showcase that will feature the husband-and-wife duo of Stuart Sayger and Aili McGill.

McGill, who serves as executive director of Nickel Plate Arts, and Sayger met in 2013 and initiated a creative debate that has lasted nearly 10 years. He is an internationally celebrated illustrator who works primarily in the comic book industry and is known for projects such as “Lego: Bionicle,” “Joker: Year of the Villain,” “The Walking Dead” and “Kiss: Zombies,” along with his own comic book series, “Shiver in the Dark.” 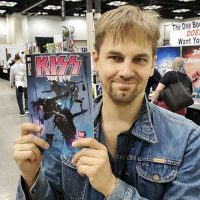 Sayger is known for his moody, atmospheric style that combines mixed media drawings with computer coloring and effects, according to a news release. Sayger’s wife, McGill, began as a visual and performing artist at age 13 whose illustrations were submitted to the Fortville Community Shopper newspaper.

Her first children’s book, “The Owl and the Pussycat Went to Sea,” is based on Edward Lear’s historic poem and was published through a Kickstarter campaign in 2016. She also produced a collection of comics called “The Misadventures of a Bad Bunny” in 2021.

McGill loves studying nature in her work, and she utilizes bright watercolors and oil pastels in many of her pieces. McGill and Sayger, who were married in September 2020, say while their styles vary wildly, they have drawn creative inspiration and strength from each other throughout their relationship. 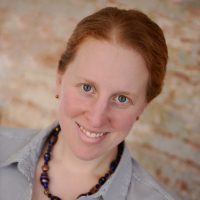 “Stuart gave me the nudge I needed to reawaken my illustration career,” McGill said. “Without him, I never would have produced my first children’s book. He not only provided the graphic design expertise I needed, but he was also unfalteringly enthusiastic, giving me praise and constructive feedback exactly when I needed it. I never anticipated just how gratifying it would be to end up with someone who lives and breathes art. With Stuart, I always have a partner with whom I can go to museum exhibits, talk through creative roadblocks and even build an art collection. We even have an ongoing conversation in illustrated love letters.

Sayger also spoke positively about his wife, saying “her creativity knows no bounds.”

“I have to work hard just to keep up with her, and that’s a great thing,” he said. “I never dared to dream that I could have the kind of life we’ve built together. She’s a great partner in life and in the studio.”

The public can explore their artwork throughout this month in the Stephenson House, 107 S. 8th St. It is open Wednesday through Friday from noon to 5 p.m. and Saturday from 10 a.m. to 5 p.m.