Dr. Mark R. Kelley, a Zionsville resident and accredited scientist, has dedicated most of his professional career to the development of a drug that has been shown to slow tumor growth in cancer patients, quell symptoms of neuropathy in patients undergoing chemotherapy and treat retinal diseases, among other applications.

Kelley has devoted more than two decades to his research and founded Apexian Pharmaceuticals, an Indianapolis-based biotech company that develops therapeutics for a variety of diseases. He said his path to a research career began when his fifth-grade science teacher instilled in him a passion for science that has grown ever since.

“I’ve really just followed that love of science,” Kelley said. “I didn’t start out to have a company. We just wanted to work.”

Kelley has bachelor’s and master’s degrees in zoology and earned a doctorate in genetics from Louisiana State University. He completed his post doctorate at Rockefeller University in 1987.

Kelley has been a faculty member of the Indiana University School of Medicine for more than two decades. He said in 2008, venture capital angel investors helped found Apexian Pharmaceuticals, a small biotech company, from his body of research.

Kelley also has worked with a variety of organizations to further his research, including Riley Children’s Foundation and the Herman B. Wells Center for Pediatric Research, among others. 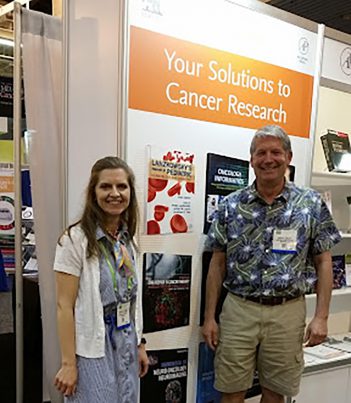 Mark Kelley and colleague Melissa Fishel pause for a photo in front of a sign advertising their co-authored book, “DNA Repair in Cancer Therapy,” at a meeting for the American Association for Cancer Research in 2016. (Photo courtesy of Melissa Fishel)

Melissa Fishel, PhD., is Kelley’s colleague, co-author of their book, “DNA Repair in Cancer Therapy,” and one of his former students. She said Kelley played a foundational role in supporting her career goals.

“He was a really great mentor to me. He’s helped me to develop my ability to think through hard problems and do research and formulate next steps,” she said. “I learned from him the skill of not just being caught up in the work I’m doing, but also always looking to the future.”

Kelley’s research has focused on developing a drug that originally was intended to treat tumor growth in cancers, but upon further investigation has been found to have a variety of applications in treating other diseases.

The orally administered drug, referred to as APX3330, has gone through clinical trials for treatment of various illnesses, including cancer, Crohn’s disease, colitis, and various diseases of the eye, including age-related macular degeneration, diabetic retinopathy and diabetic macular edema.

APX3330 is furthest along in trials for treatment of retinal diseases, where the major issue is angiogenesis, or blood vessels that grow in the retina and block vision.

The drug targets a protein called APE1, which is involved in the growth of the blood vessels and prevents them from developing further while also blocking inflammation.

“Ours are the first and only drugs to target this protein that have gone to clinical trials in the U.S.,” Kelley said.

The drug has passed the first phase of clinical trials and is in phase 2B, which means it is being tested for its efficacy and possible side effects, according to fda.gov.

The drug is also unique in that it is taken orally, when most diseases affecting the back of the eye require more invasive methods, such as injections. The anti-inflammatory properties of the drug have applications in treating other illnesses, such as inflammatory bowel diseases like Crohn’s and colitis.

APX3330 as a treatment for cancer is still in Phase 1 of clinical trials, which tests for safety and approximates appropriate dosage of the drug.

Victoria Champion, associate director for community outreach and engagement at the IU Simon Comprehensive Cancer Center, said she admires Kelley and his work, particularly as it relates to the treatment of peripheral neuropathy in cancer patients undergoing chemotherapy.

Kelley said that each phase of a clinical trial for a drug can take up to a year or more, but that he hopes to see trials for each drug come to fruition over the next five to 10 years. 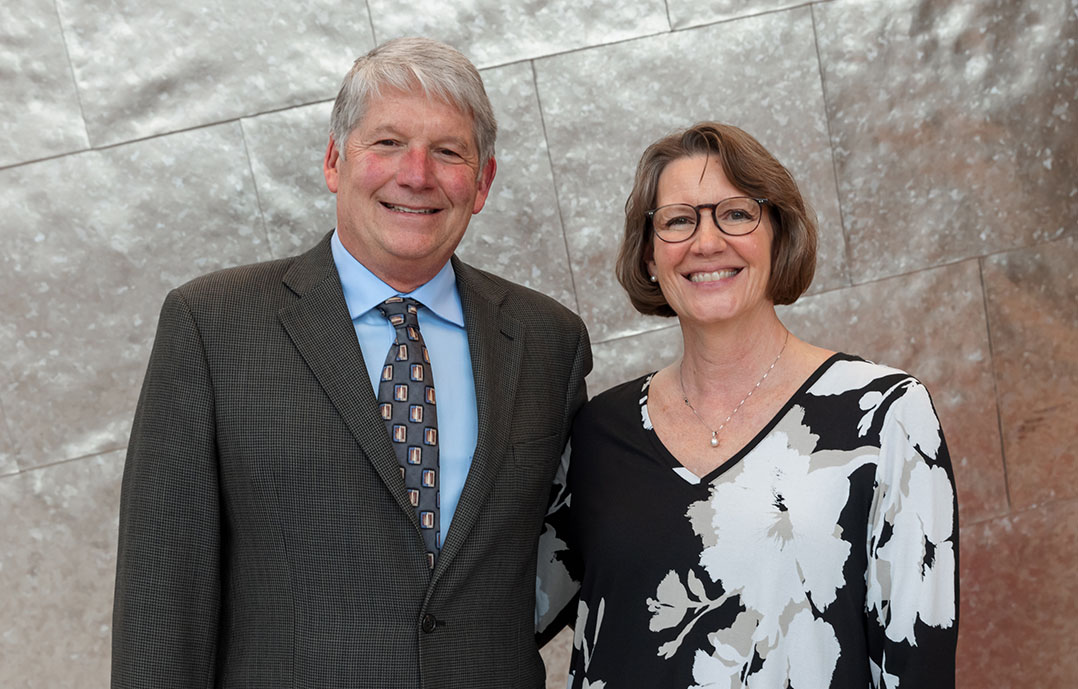 Mark R. Kelley pauses for a photo with his wife, Sue Kelley, at an induction ceremony for the American Association for the Advancement of Science March 24, 2022.