Westfield residents Mary Lynn and her husband, Daniel Fanning, were shopping around for the right franchise.

“I had been researching different franchise opportunities in the area and I just hadn’t come across anything that we were financially able to do,” Lynn said. 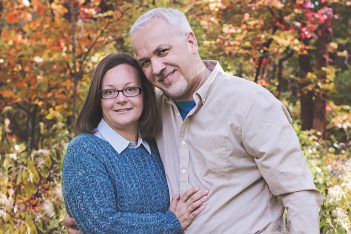 Lynn said they were looking into Blaze Pizza but discovered an investment company mostly owns the rights to ones in the area. Lynn said Le Macaron French Pastries randomly came up on her Facebook feed. She started researching the franchise and contacted the company for more information.

“We fell in love with it,” Lynn said. “We love the concept.”

The couple’s store will open in Carmel’s Clay Terrace at 14550 Clay Terrace Blvd, Suite 115. Lynn said they are hoping to open at the beginning of December in the spot previously occupied by the Sunglass Hut.

In addition to macarons, the shop will sell gelato, chocolates and other desserts.

“We don’t have to do any prepping of the food, it’s all done in Florida,” Lynn said. “They freeze them and ship them to us.”

The couple visited the Sarasota headquarters, viewed the operation and tested all their products. The company was founded in 2009.

“We went to the confectionery and learned how they made them,” Lynn said. “Then we went back for training for four days. It’s a family-owned business.”

Lynn said they are considering getting a liquor license in the future, which some other Le Macron franchises have.

“They do macaron pairings with champagne and wines,” she said.

There is a party room that Lynn said could be used for birthday parties. They also plan to explore catering opportunities.

Fanning is a traveling machinist and Lynn said this will allow him to be home more, working full time in the store. Lynn said there is a possibility the couple, parents of two children, will open more stores in the future. She said different owners have plans to open Le Macaron in Fishers at 8701 E. 116th St., this fall.