You are at:Home»Current in Carmel»Carmel Community»Brainard will not seek another term as Carmel mayor

Carmel Mayor Jim Brainard announced Sept. 13 that he does not plan to seek reelection in 2023.

The seven-term Republican said the decision to step away from the role he’s held since 1996 was not an easy one.

“I kept thinking that there’s always a few more projects I want to complete, but 30 years from now I’ll still have a list of projects I’d like to complete,” Brainard told Current. “But the timing is good. We have a good city council. We have lots of good people involved in government right now. We’ve had tremendous success as a city, and financially we’re in great shape.” 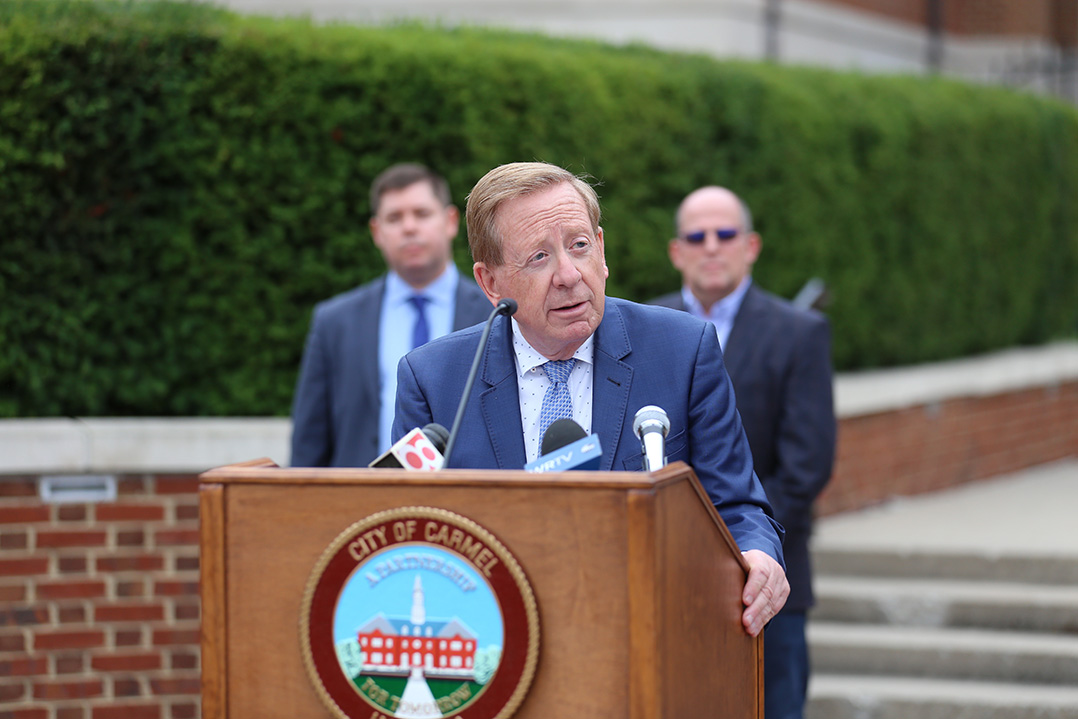 Carmel Mayor Jim Brainard announces that he will not seek reelection in 2023 at a Sept. 13 press conference. (Photo by Ann Marie Shambaugh)

Brainard, 68, said he is looking forward to having the freedom to explore new opportunities once he is out of office, although he said he does not have a specific job lined up at this time.

“There are still some other things I’d like to try, and (I’ll) hopefully be able to help – through consulting – other cities to achieve some of Carmel’s success,” Brainard said.

Carmel’s population has more than doubled to 100,777 since Brainard was elected in 1995. During his time in office, he has become known for his efforts to revitalize central Carmel through the creation of the Arts & Design District, City Center and Midtown areas; the development of the Monon Greenway; and installation of 144 roundabouts throughout the city with more under construction.

The mayor’s term runs through the end of 2023. Until then, he said he is eager to continue working on projects that include infrastructure improvements in Home Place and expanding the city’s bike path system, among other initiatives.

“I’ve known Mayor Brainard for more than 24 years and have had the pleasure of working with him for the last 15 on the city council. I have an enormous amount of respect for the vision he had and executed for Carmel,” Rider said. “Without Jim Brainard, Carmel would not be the great city it is today. I wish him the best as he moves on to the next chapter of his life.” 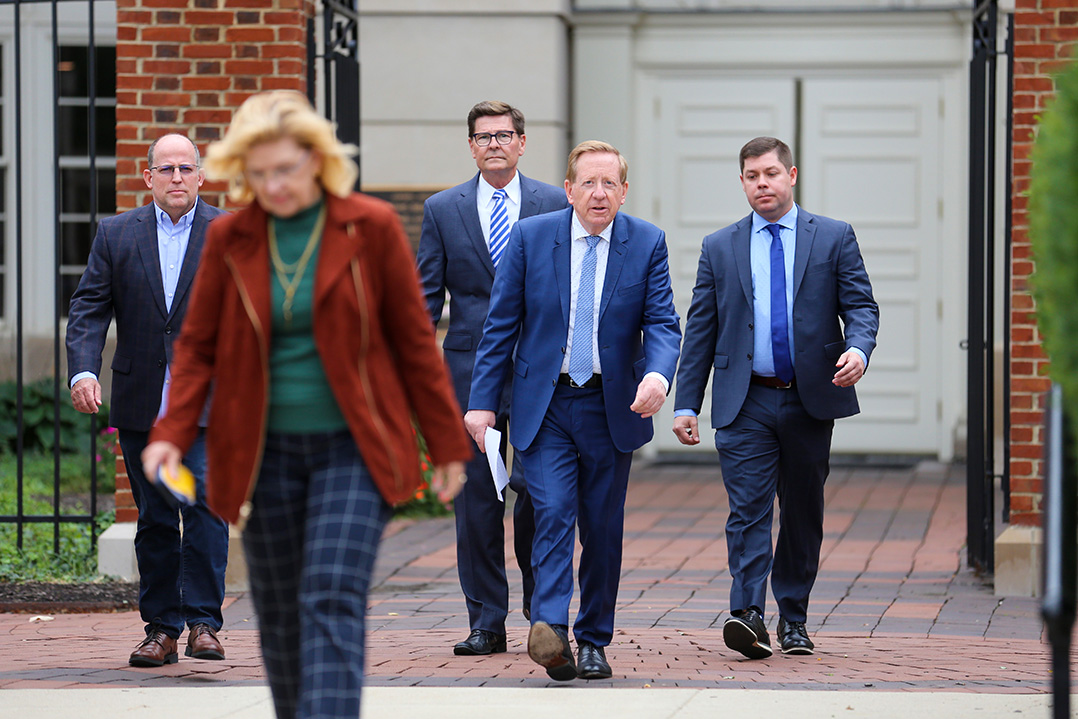 Miles Nelson, the only Democrat on the city council, said he felt “blindsided” when he heard that the mayor would not run again. He said Brainard was the first elected official to reach out to him after winning his election and has become a friend.

“He not only talks the talk, he walks the walk. He really does believe in bringing different peoples together, different ideologies, different religions, different ethnic backgrounds and also political parties,” Nelson said. “He truly believes in trying to make Carmel a place where we all can thrive. I’m going to miss him. The city is going to miss his leadership and his vision.”

Brainard said he plans to continue living in Carmel and stay involved in the community.

“I’ll be here to help the next mayor to the extent they want and need help,” he said. “I want to see the city do well.”

Brainard said he does not plan to endorse a candidate for mayor in the 2023 elections.

“People in Carmel are thoughtful, informed voters and will make a good decision,” he said. “They do not need me to tell them how to vote.”

No candidates officially have announced a 2023 mayoral campaign, but Rider and City Councilor Sue Finkam, both Republicans, both previously said they were considering a run. Nelson, who joined the council in 2020, said he has not yet determined his political plans for 2023. 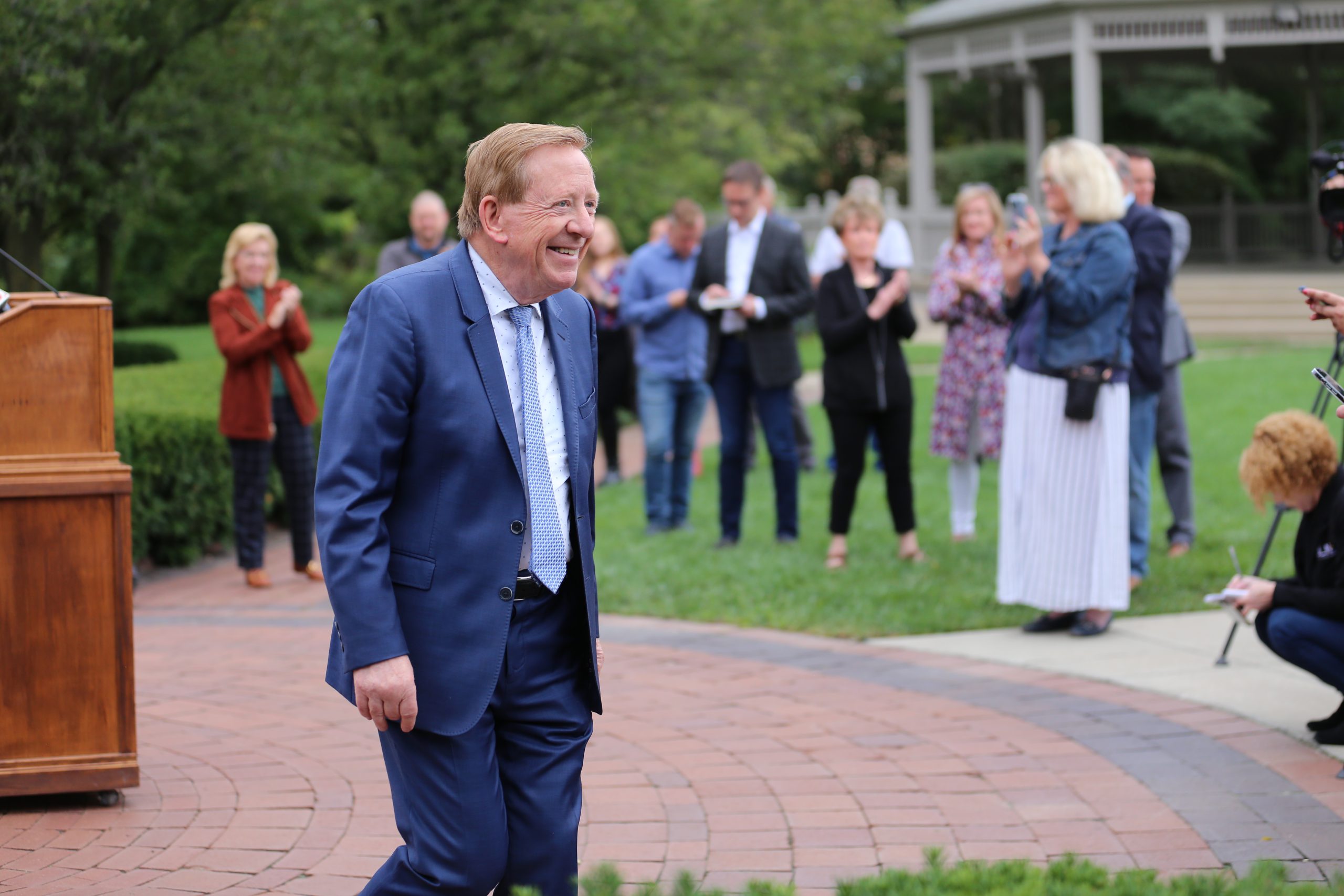 Mayor Jim Brainard steps away from the podium after the Sept. 13 press conference to visit with attendees. (Photo by Ann Marie Shambaugh)