What began as neighbors simply turning on their porch lights has become an annual event held in communities across the nation. National Night Out, held on the first Tuesday in August, is celebrated every year by local law enforcement in partnership with the community to help improve relationships between police and the neighborhoods they serve.

“That’s what National Night Out was intended and is intended to be is out in the communities out in the in the neighborhoods out where residents live, where our officers are working every day to try to prevent and respond to crime that does occur,” Woodruff said.

“We feel it’s important to be out in the neighborhood where people live to interact with them,” Woodruff said. “In our mind, that’s a much better way to conduct an event like National Night Out as part of what we do every day.”

The LPD, in partnership with various homeowners associations and neighborhoods, are going out to 18 parts of the community this year. The LPD, Lawrence Fire Dept. and officials from the mayor’s office will divide into groups to attend celebrations. In the past, the groups have also been joined by people from the Indiana Attorney General’s Office and their domestic violence partner Beacon of Hope.

National Night Out is also a good way for community members to meet officers in a relaxed setting, said Lisa Harvey, director Crime and Prevention for the City of Lawrence.

“It’s a way to build camaraderie with the local neighborhoods and the police department,” Harvey said. “And just for individuals to get to know who the police really are because most times, it’s always under a negative circumstance because someone’s getting arrested or something has happened.”

Harvey said some officers will have ride-alongs and simply allow residents to ee what they do and get a sense of how they serve the community.

“For the Lawrence Police Dept., it’s really all about being able to communicate with them and to see a different side of the police department, because usually they see the cruisers in the neighborhood, but they really don’t get a chance to kind of sit and have general conversations with them to see that there’s a different side to just being a police officer,” Harvey said. “There’s that human side, and they want to just be able to have that relationship and establish that rapport with people within a neighborhood.” 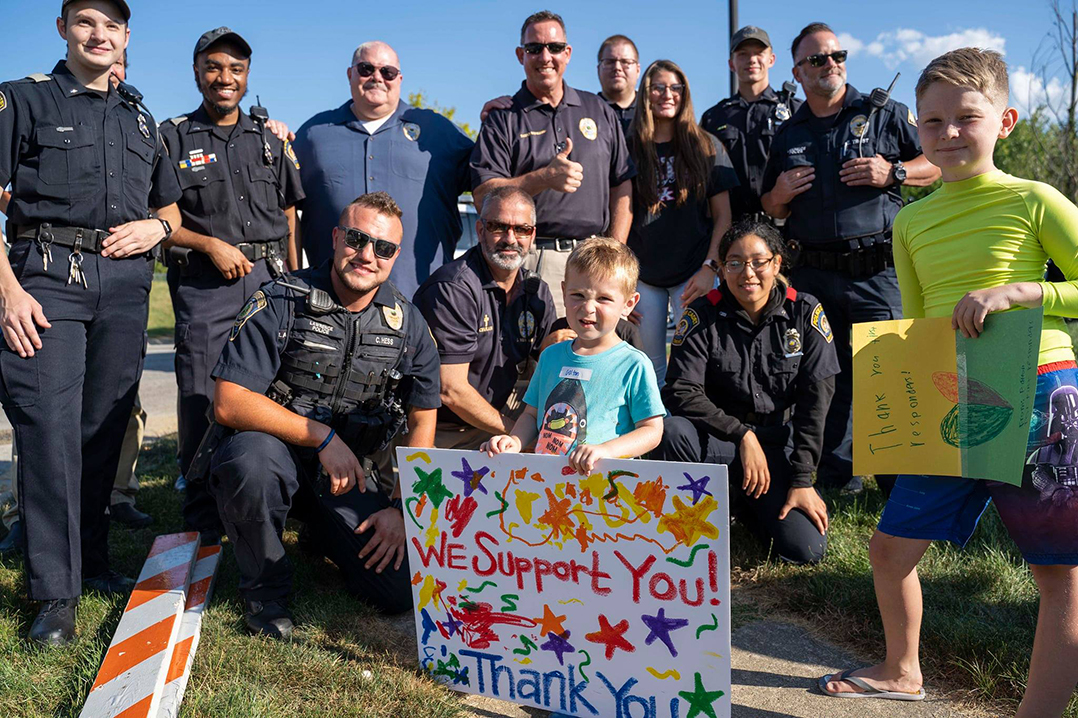