You are at:Home»Current in Westfield»Westfield Cover Stories»A worthy cause: Cric Indy uses game of cricket to promote diversity, equity and inclusion initiatives in the corporate world

Westfield’s Grand Park complex hosts hundreds of events throughout the year, but few will have more international flavor than next month’s cricket tournament sponsored by Cric Indy, a nonprofit whose vision is to use the uber-popular worldwide game as a tool to promote diversity, equity, and inclusion initiatives within the corporate world.

The Grand Park event happens Aug. 27 with a start time of 8 a.m. Leading central Indiana companies such as Lilly and Deloitte have already registered to field teams. Eighteen companies participated in the last tournament, which was held in August 2019. Fifteen different countries were represented by the players. The Diversity Cup will once again be presented to the team that fields the most players from different nations and backgrounds.

The sport seems to be picking up momentum in the U.S. USA Cricket estimates more than 200,000 people play in the U.S. in more than 400 local leagues, tournaments, academies and school programs. Worldwide, it is commonly thought that cricket is the second-most popular sport only behind football/soccer.

Cric Indy was founded by Feroz Syed, who is CEO of RADcube, a technology consulting company.

“There are so many cricket enthusiasts within the companies but there is less sharing of DEI,” Syed said. “You play cricket, and you go home. The intention here is to build a community from a DEI perspective.”

With today’s fluid labor market, that perspective is in greater demand than ever. Tracy Barnes is the chief information officer for the state of Indiana and serves on Cric Indy’s advisory committee. He notes that the introduction of a new sport to the U.S. like cricket creates curiosity and a global awareness that goes beyond North American borders.

“We are in a very, very difficult environment now, especially when you talk about technology,” Barnes said. “We have more jobs than people. International talent is a pool we should be able to tap into. We need that support now.”

Barnes became familiar with cricket when he worked in England for one year in 2003, helping to install a software system for the University of Cambridge.

“You’re not getting a lot of American sports over there, so you watch what’s on,” he said. “Monday Night Football doesn’t exist.”

Barnes said he is attempting to organize a team of state employees for the tournament.

“We’re working on that,” he said. “We’re trying to figure out if some folks have experience.”

The day before the action on the field, a networking event will be held at the Lilly Corporate Center. Speakers will include Indiana Lt. Gov. Susan Crouch and Karrah Herring, chief equity, inclusion and opportunity officer for the state of Indiana. The theme of the conference is “Women in Leadership,” and there will be a panel discussion focused on gender equity.

In the end, Cric Indy is simply a vehicle for progress.

“Cricket is a common interest to bring all these people together,” Syed said. “We are all learning from each other, and we are building a diverse community together.” 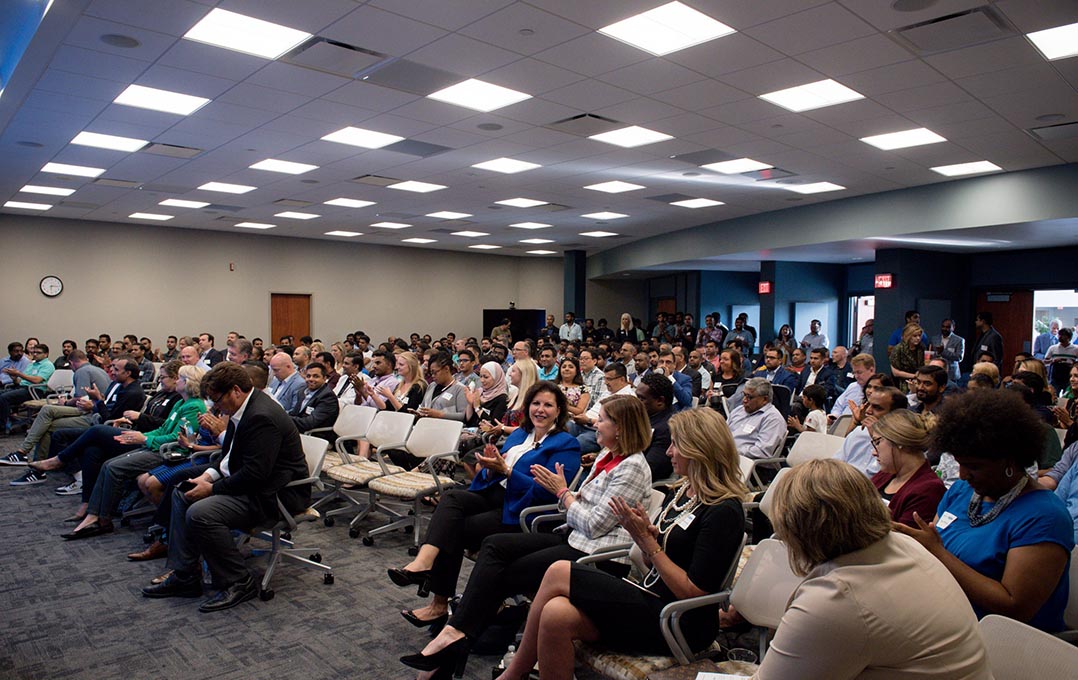 The game of cricket

Cricket is immensely popular worldwide, by most estimates is only behind soccer/football. It thrives in countries such as India, Pakistan, Australia, New Zealand and England, to name a few. To Americans, it has echoes of the national pastime, baseball. Indeed, the ball used to play very much resembles a baseball, only traditionally dyed red instead of white. Each team consists of 11 players who play not on a diamond but a large, oval, grassy space with a diameter of between 450 and 500 feet, called the pitch. Some of the positions include a batsman who use a flat bat to hit the ball; a bowler who like a pitcher is charged with getting the batsman out; and fielders.