Fishers residents Clifton and Yulia Tolstikov-Mast were watching the news at home when Russia invaded Ukraine Feb. 24. They decided they had to do something to assist the people of Ukraine.

Yulia is Russian. She grew up in Rostov-Na-Don and remembers traveling to Ukraine growing up to visit her grandparents who lived in Odessa.

“Yulia is torn up emotionally because she has family in Moscow,” Mast said. “They are good and kind people, and we don’t know if we will be able to go back and see them.” 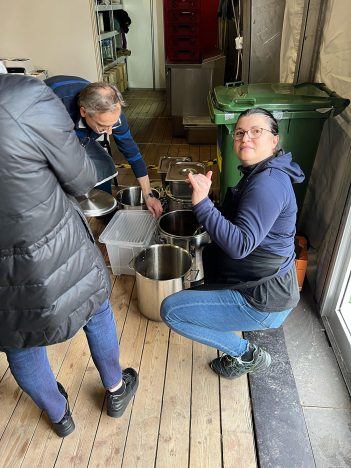 So, the couple self-funded a volunteer mission and traveled to Warsaw, Poland.

“This war is a global undertaking,” Clifton said. “Helping people at the individual level was our goal, not just to go as volunteers, but go as people to help people.”

Their first volunteer trip was April 4 to help the Ukrainian refugees in Poland.

“We arrived on my birthday, and we celebrated it helping the thousands of refugees who made it to Warsaw,” Clifton said. “It was one of the best birthdays I ever had.”

Yulia speaks Russian, so she was able to communicate with the Ukrainians.

“It wasn’t really scary but it was so busy and unpredictable. Poland is a European country and we’ve traveled extensively in Europe,” she said. “Warsaw, Poland, is the center of the universe for the people that have left Ukraine. We’ve heard 3 million refugees have gone through Poland. Most of them take the train. Three out of the first 5 million went through Poland.”

Clifton fears that Russian President Vladimir Putin could make the war an even larger human catastrophe.

“While in Poland people are saying, ‘Putin is the most dangerous person in human history’ because he’s been in power so long and has very little opposition,” he said. “Putin has more power than the other Russian leaders due to nuclear weapons they’ve amassed.”

Although language wasn’t a barrier in Poland, the couple had to overcome other obstacles working with the refugees.

“I have two contacts in Poland, professional associates, and Facebook groups, too. Nothing was organized because the situation is so volatile,” Tolstikov-Mast said. “Approximately 150,000 people are crossing boarders daily. So, our contacts helped us to figure some things out and we were able to go help and volunteer in the train stations where they had food stations set up.”

The Masts said they met hundreds of special people but two stood out they will never forget.

“A young lady and her daughter, Maria and Anastasia, who escaped Mariupol, where the hard bombing has been, finally arrived and they told us what they had to go through just to save their lives,” Clifton said. “Maria volunteered in the kitchen with us just after they arrived after driving 10 days. They were stopped all the time and searched for weapons, searched for tattoos, (the Russian military) searched cars and their bodies. To get out of Mariupol, they had to walk over bodies and cyphon gas for their car. They had to go through very scary Russian checkpoints, all after fleeing their home and work which were no longer standing.

“(Their apartment and restaurant they worked in) had been blown up by the Russians. And even after their horrific trip that saved their own lives, the first thing they did was find out how they could help others.”

The Masts said people from around the world were in Poland volunteering.

Yulia is a professor for Union Institute & University in Cincinnati, and she teaches an online multi-disciplinary doctorate program. She didn’t miss teaching a class while in Poland.

Yulia recalls what she told her students when they asked about Ukraine.

“This war is like if Indiana invaded Ohio. They speak the same language, they have the same culture, their economies are connected, they are people living their lives just like us.” 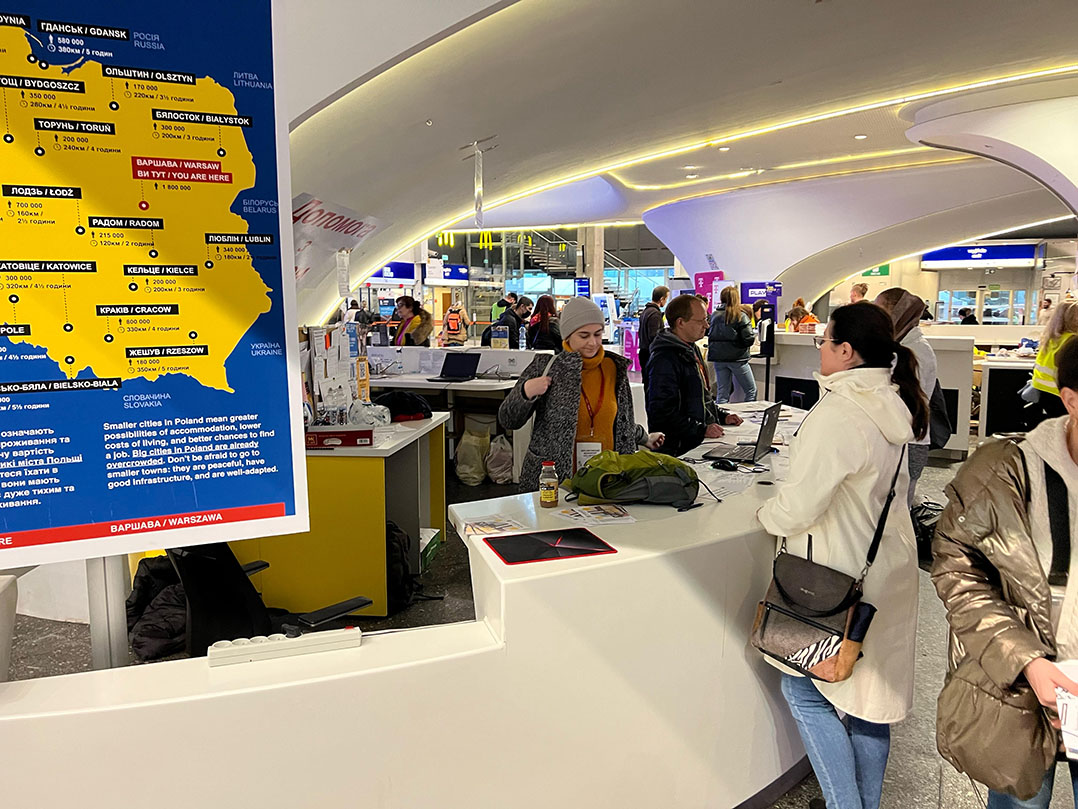 How the Mast family funded their trip

Clifton Mast and Yulia Tolstikov-Mast took a two-week trip to Poland in April. The couple’s son, Anatoli Mast, took a trip May 3.

To fund their trip, the family raised $12,000 through a GoFundMe account at gofund.me/bf30caad. They are still helping Ukrainian refugees in Poland. Through the account they bought bedding for two families in Warsaw. They rented an apartment but had no money for anything else.

Cathedral High School held a fundraiser for the Masts’ efforts and raised $5,000. Their daughter, Valeria, graduated from Cathedral and their son is a student there.

Two local nonprofits support relief efforts. They are Indiana Supports Ukraine and Ukrainian Society of Indiana. The organizations encourage people to financially support their efforts or serve as volunteers.