Laura Gordon has a long connection to “Steel Magnolias.”

The Milwaukee-based actress-director appeared in the play when it was in the late 1980s.

“It wasn’t a period piece then,” she said. “I played Truvy and was able to use my own ’80’s big hair. Returning to it now after nearly 35 years has been such a delight.” 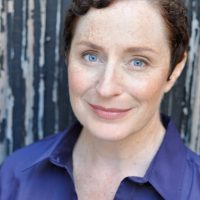 Gordon is directing “Steel Magnolias” at Indiana Repertory Theatre, 140 W. Washington St., Indianapolis. The performances began May 10 and run through June 5. The story is of six women from all walks of life who share laughs and tears at a hair salon in a small town.

“I’m amazed by how well this play holds up,” Gordon said. “It was written 35 years ago, and while it now has a nostalgic feel to it, the themes are every bit as relevant as they were when it was written.”

After two years of dealing with the COVID-19 pandemic, Gordon said it is a fitting time for the show.

“I can’t think of anything we need more right now,” Gordon said. “This is exactly the type of play that I want to see. It champions friendship through good times and bad. As the character Truvy says, ‘Laughter through tears is my favorite emotion.’”

Gordon said one of the biggest challenges of the play is performing the salon treatments during the course of the action.

“Washing and styling hair, giving a manicure, all of this had to be carefully choreographed and performed as a professional stylist would do it,” Gordon said. “We spent hours crafting that business, and so many props. I love the level of detail on the set. It creates such a complete environment.”

Gordon, who had previously known three of the cast members, is delighted with the entire cast.

“I’m over the moon about how beautifully this ensemble came together,” Gordon said. “I think you can feel the love they have for each other in their work on stage. And, oh, how we laughed.”

The play is co-produced by Cincinnati Playhouse in the Park. For more, visit irtlive.com.