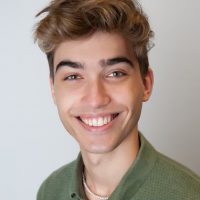 “It was one of the first musicals I saw when I was 8 or 9, and I was with my mom and my sister,” Geary said. “It’s one that has held a special place in my heart.”

So, naturally, Geary is thrilled to have the leading role of Joseph in Carmel High School’s production of the musical by Andrew Lloyd Webber and Tim Rice. The performances are 7 p.m. May 12-13 and 2 and 7 p.m. May 14 at the CHS gym as the auditorium is being renovated.

“It’s always been a dream role of mine,” Geary said. “I wasn’t expecting it. You could say I saw myself as Joseph, but I was just auditioning hoping I could get anything.”

Geary said he is more of a dancer than a singer, so singing has been his biggest challenge.

“This is a vocal-heavy role,” Geary said. “Joseph has such big numbers. They are big points of the show you need to nail. It’s a big challenge and a lot of weight on my shoulders, but I think I can handle it.” 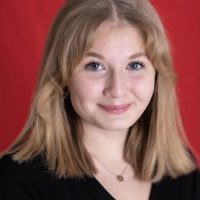 Seniors Erin Gordon and Ilana Felix are the narrators.

“I haven’t had a big role before,” Gordon said; “I had supporting roles in middle school and community productions, but this is the first time I’ve had a big lead role. It’s cool to step in the role and also step out. The fun thing is, we get to sit with the kids for a lot of the show and almost get to the watch the show like we’re audience members.”

The cast includes a children’s choir of 54 children from grades fourth through sixth from Carmel middle and elementary schools and few from private schools. Choral teacher Kyle Barker, who serves as the director, said the group also acts like school kids watching the show. 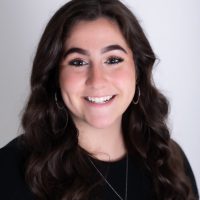 Felix said the role has been fun to embrace.

“The narrators are in the show with all the characters, but we are also the storytellers,” said Felix, who once played one of Joseph’s brothers in a camp production of the musical. “I was hoping to get the narrator, so when I got it, I was so excited.”

In bloom: City of Noblesville, Gordon family partner for Bridge of Flowers