You are at:Home»Current in Geist»Geist Cover Stories»End of an era: Executive director of Arts for Lawrence set to retire 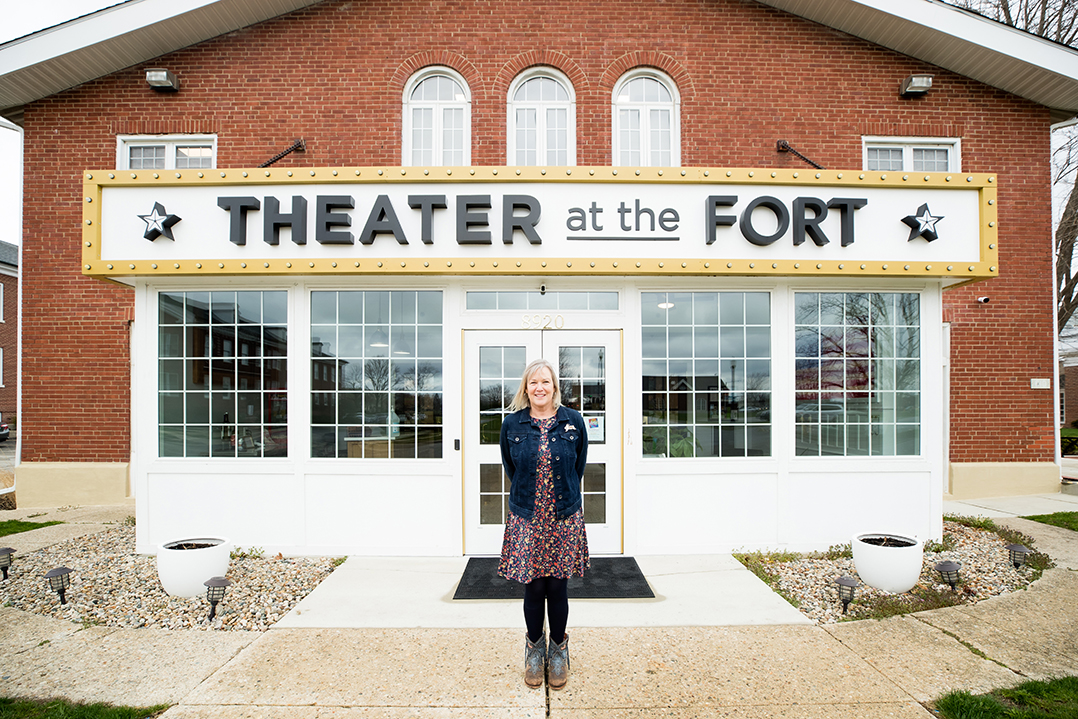 If things had gone according to plan, Arts for Lawrence Executive Director Judy Byron would have retired two years ago when she turned 60.

But when an opportunity to receive a Strengthening Indianapolis Through Arts and Culture Innovation Initiative grant was presented, Byron decided to stick around a bit longer.

“I thought we had a good story to tell, and (the board of directors) said, ‘But Judy, you said you were retiring,’” Byron said. “I told the board if we received a grant from the Lily Endowment, that I would stick it through the project.”

Arts for Lawrence received a $5.85 million grant from the Lily Endowment in December 2018 to establish the Fort Ben Cultural Campus in downtown Lawrence near the Theater at the Fort. The project will be complete this, and Byron plans to retire in September. The amphitheater and hand-carved limestone benches are under construction. Both projects are expected to be complete by the end of May.

“Once everything is on the campus, we can launch our augmented virtual reality app, but it needs everything to be finished so they can take final photographs for the virtual reality portion,” Byron said. “We expect that to launch this summer.”

Partnerships for Lawrence was developed by then-Mayor Deb Cantwell. When she wasn’t reelected in November 2007, the City of Lawrence planned to disband Partnerships for Lawrence. But then-city attorney Stan Hirsch had completed all the work to certify the organization as a nonprofit, and he began reaching out to community members to gauge interest in becoming involved.

“I had always been involved in nonprofit arts organizations as a volunteer or board member and somehow my name got to (Hirsch),” Byron said. “He called me and invited me to a meeting. It wasn’t until 2008 when I became president of the board that we focused the organization’s mission on arts and culture.”

Byron was elected board secretary in 2007 and president of the board in 2008. She was hired as the executive director in 2012. Partnerships for Lawrence was rebranded as Arts for Lawrence in 2016.

Byron lives in Lawrence. She plans to step away from the organization to give the next leader autonomy.

“I don’t want to get in their way,” Byron said. “This is my community, so I expect to be in the audience at shows. I am a visual artist, so I hope to stay involved with the visual art center.”

Byron’s husband retired four years ago. When she retires, the couple plans to regularly visit their four grandchildren on the West Coast. Byron also plans to spend time gardening and creating art with paint and charcoal.

“It will be fun to do that again,” she said. “I like going to theater, exploring cities’ public art and interactive art. It just makes me giddy. I love to see how cities use art to make their place special, which is why I wanted to create the Fort Ben Cultural Campus.”

Arts for Lawrence board member Kimberly DalSanto said Byron’s impact on the organization is immeasurable.

“Judy is the sole reason that the great things that happened at Arts for Lawrence so far have come to be,” DalSanto said. “She’s sort of grabbed the organization by the horns and drug it along. She really should be credited for all the successes Arts for Lawrence has had over the course of several years. Judy was exactly the executive director Arts for Lawrence needed at the time she came in. She’s very much a visionary. She had an idea for what she wanted the organization and the area to be like and she was getting us to that point no matter what.

“Now, because of the work Judy has done, our organization is in a much different place than when we were when she took over.”

Arts for Lawrence is seeking a new executive director. For more, visit artsforlawrence.org.