Collier called it the “worst kept secret in Lawrence.”

Lawrence ended the 2021 fiscal year with an operating reserve of $8.1 million. It received the GFOA award for the fifth consecutive year. He also said the pandemic didn’t have as much adverse economic impact on the city as he’d feared. Lawrence’s operating reserves are 32 percent of its budgeted expenditures.

“Indiana is about 10 percent,” Collier said.

The city established a “cautionary” budget for 2021 in case the COVID-19 pandemic in 2020 negatively affected the city’s finances.

“Certainly, our intent is to put some of this back into capital improvement projects, with a specific focus on the parks department,” Collier said.

Collier also lauded the progress of the trades district, which is the southwest gateway to the city. 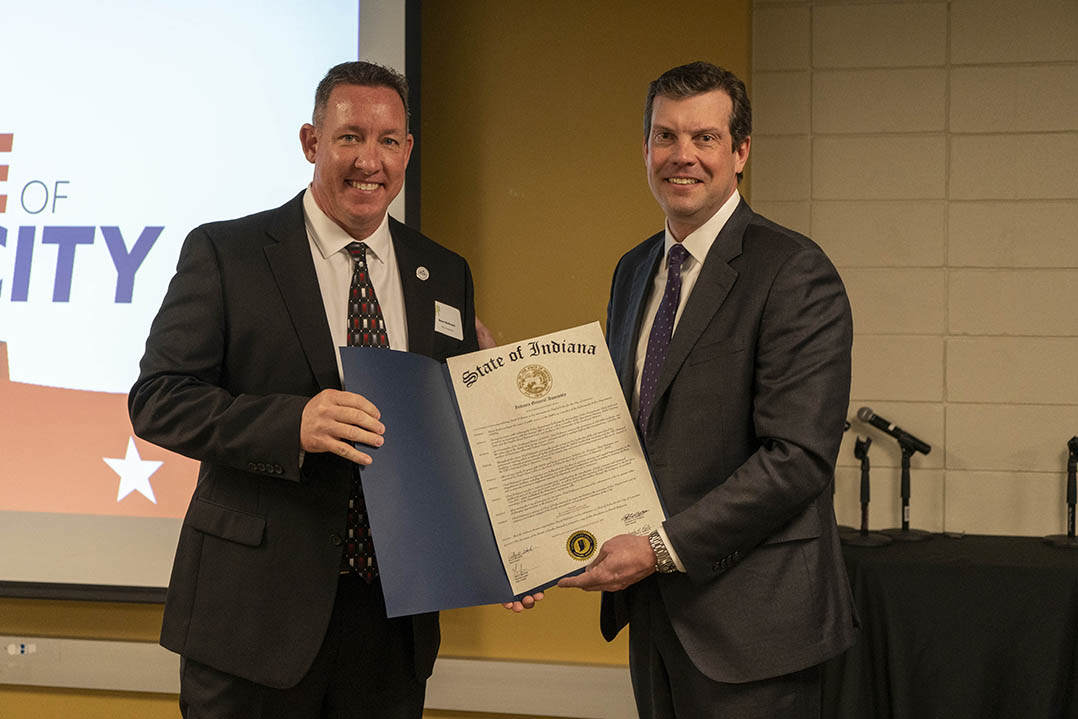 David Hofmann, left, is recognized by State Sen. Kyle Walker during the State of the City.

“We feel if we begin to change the way people see that entryway to Lawrence, we can facilitate development all up Pendleton Pike,” Collier said. “I think it can be a massive gamechanger for Lawrence and transformative for this community.”

Freije and Bank of America recently opened in the trades district. A RaceTrac premier gas station is expected to open soon.

Near the decommissioned Fort Benjamin Harrison, development is ongoing. Collier said the Otis at Fort Ben apartments are at 80 percent occupancy and the Tru Hotel by Hilton will open soon. The Indianapolis Public Library has broken ground on its Lawrence branch and the tech industry is flocking to the area for development as well, such as Sondhi Solutions relocation from downtown Indianapolis to Lawrence.

“I am so happy Heather has been elevated to that position of the FHRA,” Collier said. “All the movement you’ve seen is due to these two ladies.”

Utilities Supt. Scott Salsbery gave an update during the State of the City. He said the city has spent $30 million in the past five years on water system improvements. Now, he said, the sewer system needs to be addressed.

“We received a SWIF (State Water Infrastructure Fund) grant of $2.05 million, which we will match with (American Rescue Plan Act) dollars for $4.1 million of sanitary sewer improvements in old Lawrence,” Salsbery said.

Also, the city is partnering with the Indiana Dept. of Natural Resources to establish three more wells at Fort Harrison State Park. The wells will produce 200 million gallons of fresh water annually. 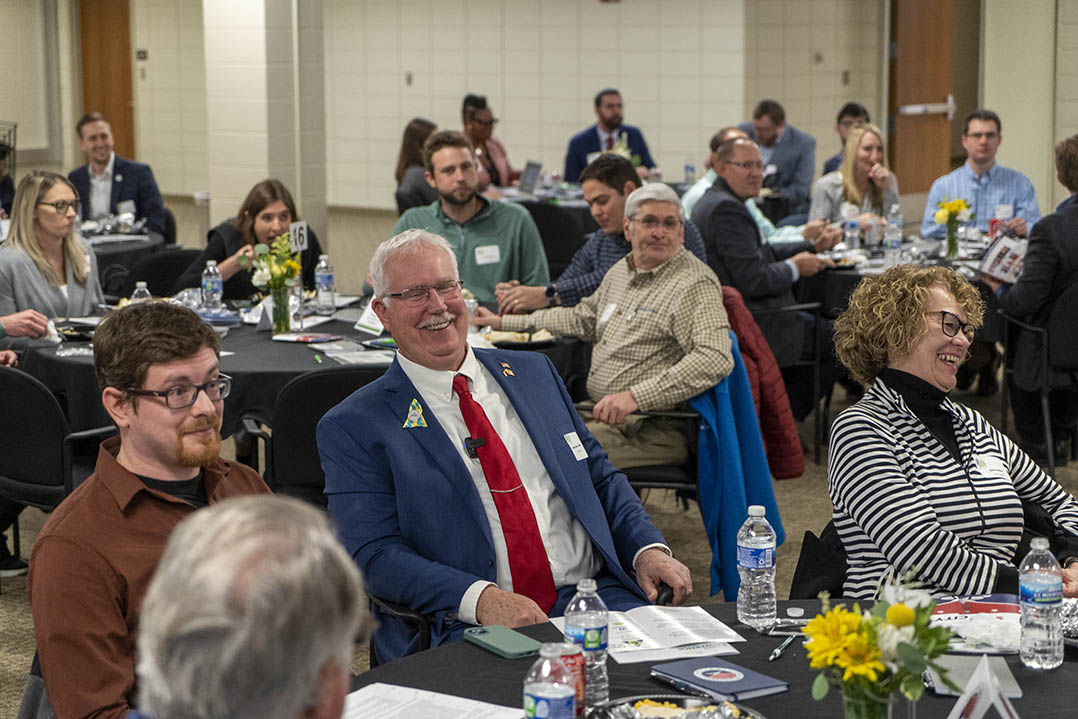 Mayor Steve Collier prepares to deliver his State of the City address.

Mayor Steve Collier ended his State of the City address by announcing new events coming to Lawrence in 2022.

The Fort Ben Farmers Market will run from June to early October, and Lagers in Lawrence will return in September. A Lawrence Christmas and Winterfest will return in December.

“There is no doubt these young constituents are contributing to a new vitality of the city,” Collier said.