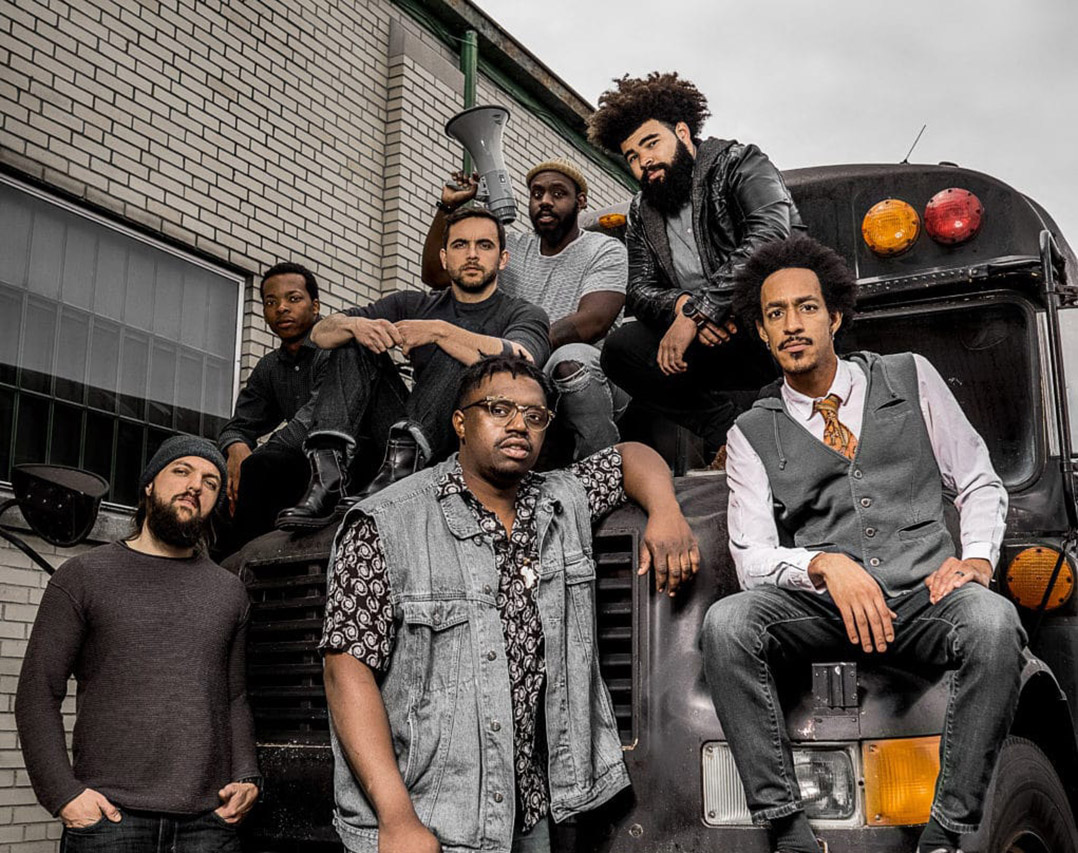 Clint Breeze and the Groove will perform Jan. 13 in the Live at the Center series Jan. 13. (Photo courtesy of the Center for the Performing Arts)

Carrington Clinton is better known in some circles as Clint Breeze.

Breeze is the artistic persona of the Indianapolis-based drummer and hip-hop producer, who heads an all-star lineup of Indianapolis-area jazz musicians known as the Groove.

Clint Breeze and the Groove will perform in the Live at the Center series at 7:30 p.m. Jan. 13 at the Palladium at the Center for the Performing Arts in Carmel. Tickets are $5. The concert also is available as a free livestream.

“(The audience) can expect a very energetic performance, which consists of a blend of hip-hop and jazz,” Clinton said. “It’s going to be a good time. People can expect to go different places musically. They can look at it somewhat of an adventure.”

Clinton looks forward to what will be the group’s first appearance at the Palladium.

“They always have it looking nice and it’s a good display for local artists,” Clinton said. “It’s a great stage. I’m excited to play there. I think it will be a great experience, well worth it.”

Clint Breeze and the Groove formed in 2016. Clinton said the emcee and lead vocalist is Pernell from Pike Township in Indianapolis.

Clint Breeze and the Groove have headlined festivals, including Chreece and Indy Jazz Fest and shared stages with such artists as Trombone Shorty, Durand Jones and the Indications. The group has released two albums, “Arrival” in 2019 and “Endtime Overture” in 2020.

“We were able to do exciting things in 2020 despite the pandemic,” Clinton said. “This year, we’ve slowed down but we still have momentum that people come to our shows and support. The Palladium show will be a good one to regain momentum for this year.”

Clinton has another project he started last fall where he sings and plays drums at the same time.

Live at the Center is a series of livestreamed concerts for the community, featuring local and regional artists in genres from jazz and classical to soul and indie rock. In-person concerts were added in 2021. To register for the free livestream, visit thecenterpresents.org.