You are at:Home»Current in Zionsville»Zionsville Education»How Zionsville Community Schools will spend its ARPA funds 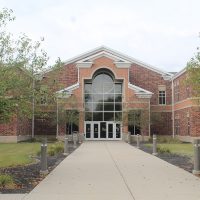 Zionsville Community Schools Supt. Scott Robison said some school districts were given significant monies through federal American Rescue Plan Act funds, but Zionsville had to lobby for a fraction of the same amount.

“The original funding structure specified distribution because of Title 1 status,” Robison said of the ARPA funds. “Title 1 is that federal education program that is supporting students of poverty, illiteracy and innumeracy. And obviously, with the lowest poverty in the state, we have ceased to be identified as a Title 1 district or have Title 1 schools.”

Because of the district’s low poverty rate, ZCS was not initially earmarked for ARPA funds. The American Rescue Plan Act is a $1.9 trillion federal economic stimulus bill that was passed in March in response to the COVID-19 pandemic.

“Long stock and barrel, we were cut out,” Robison said. “We couldn’t get any of that distribution after a small amount, even though the state retained significant dollars in discretionary funds. And those discretionary funds were paid mostly to charter and private schools, as I understand it. They were way ahead of us. We got nothing. As I understand, we were the only school district in the state that got zero (dollars).

“(After) some phone calls to the state department of education and through the advocacy of people like Dr. (Jeff) Papa here on our (school) board,and Donna Schaibley, one of our legislators, who made calls on our behalf, we believe some of those discretionary funds were freed up to assist us.”

“We are happy that we got some funding. It assisted in some ways,” Robison said.

Robison said much of the school district’s ARPA funds — $89,869.34 — will go toward pandemic-related expenses.

“Certainly, when we look back to the ways in which we had to ramp up our utilities to do more circulation of air during COVID, I’d say the HVAC got an outsized proportion of those early dollars,” Robison said. “But certainly, being ready with more PPE and more equipment supplies was important to us, but it did not cover what we spent in either of those categories. Not by a long shot.”

Many of the dollars will also go to English as a New Language programming — in total, $177,669.

“There’s a little piece of the newer funds that regard special education,” Robison said. “We are using that for some (English as a New Language) because we have some 56 or 57 native languages spoken here.”

The remaining $255,000 will go toward InWell Mental Health supporting services.