You are at:Home»Current in Geist»Geist Cover Stories»Giving back: Lawrence North High School senior is sponsored on TikTok, uses the money to establish national scholarships

Rahman’s largest scholarship, the Mirajur Rahman Perseverance Scholarship, was recently awarded to fellow Lawrence North High School student Marcelina Perez. There were 1,200 applications nationwide. The scholarship criteria states: “The Mirajur Rahman Perseverance Scholarship, will be awarded to one high school junior or senior who plans to attend college and has persevered through life’s hardship toward a brighter future for themselves and the world.”

Attempts by Current to reach Perez for comment were unsuccessful. The scholarship was for $1,000.

Rahman is paid per each TikTok he makes for Emile Learning. He did not disclose the dollar amount, but he said he keeps a “small portion” of the payments for college. He said he wants to attend either Princeton University or Johns Hopkins University and study philosophy before applying for medical school.

“(Emile Learning) does online classes in place of in-person classes for students who can’t be at the school,” Rahman said. “Since my account was all about education, they wanted me to promote their brand because it was brand new at the time. Since my following was already a bunch of students, it was perfect.”

Rahman’s first TiKTok video, which advises viewers what to do if they accidentally get their phone wet, has more than 1.6 million views. Since then, he’s mostly focused on note- and test-taking tips and SAT prep.

“After (the phone video), I started posting a bunch of random facts. I had a video on cool things I didn’t know about science, and people were interested,” Rahman said. “I thought, ‘OK, maybe I can turn it into something educational.’”

Rahman had taken organized AP U.S. History notes, and he put them on TikTok.

“I saw millions of people liking it and following it, so I decided to do more notes,” Rahman said. “I started making 15- to 30-second videos covering short sections or concepts from U.S. History and a bunch of other classes. After that, a lot of students (nationwide) were coming to my page and saying, ‘Oh, this guy has XYZ notes for XYZ classes. The notes were popular because this happened in the midst of COVID. It was hard on the teachers to teach virtually, and I knew I don’t have a long attention span. So, I can’t just sit there and watch a screen for like 90 minutes.

“My notes are colorful and well-organized. That’s what made it easy to follow.”

Many of Rahman’s videos have thousands, sometimes hundreds of thousands, views.

He said he has a heart for giving back. In 2010, he moved with his family from Bangladesh to Lawrence. He wants to study philosophy at either Princeton or Johns Hopkins and then apply for medical school.

Rahman said his dream job is to return to Bangladesh and build hospitals. 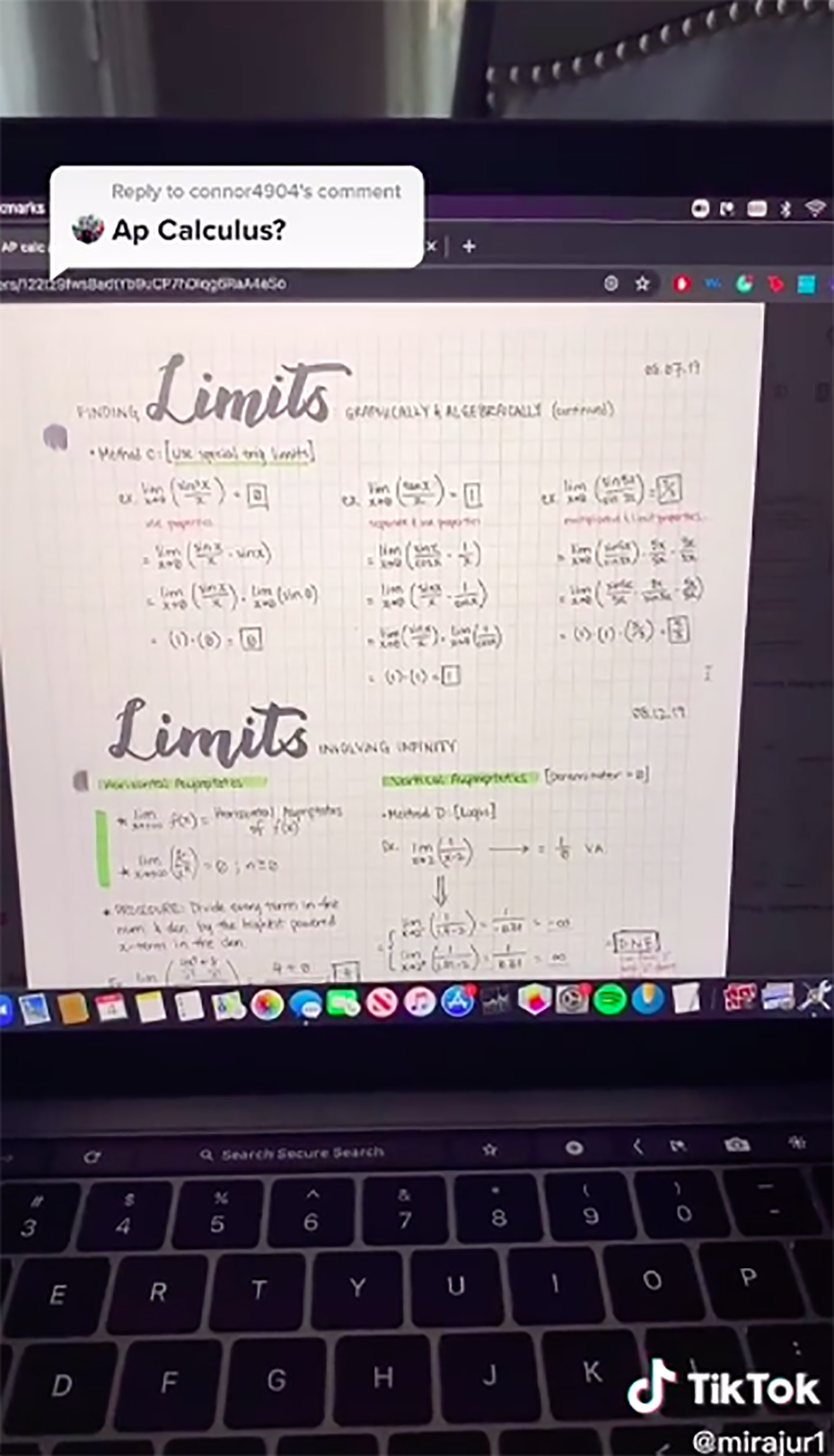 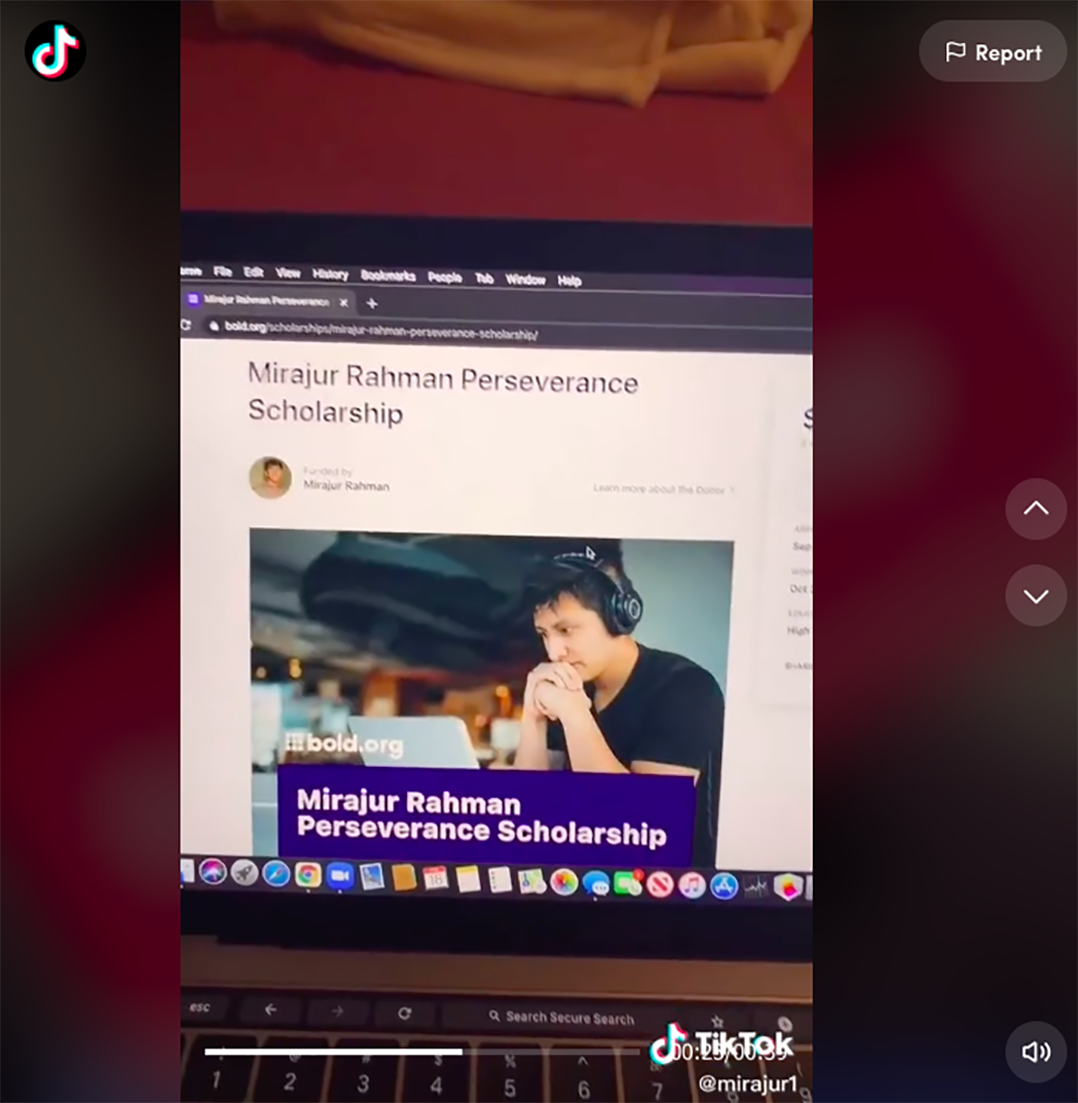 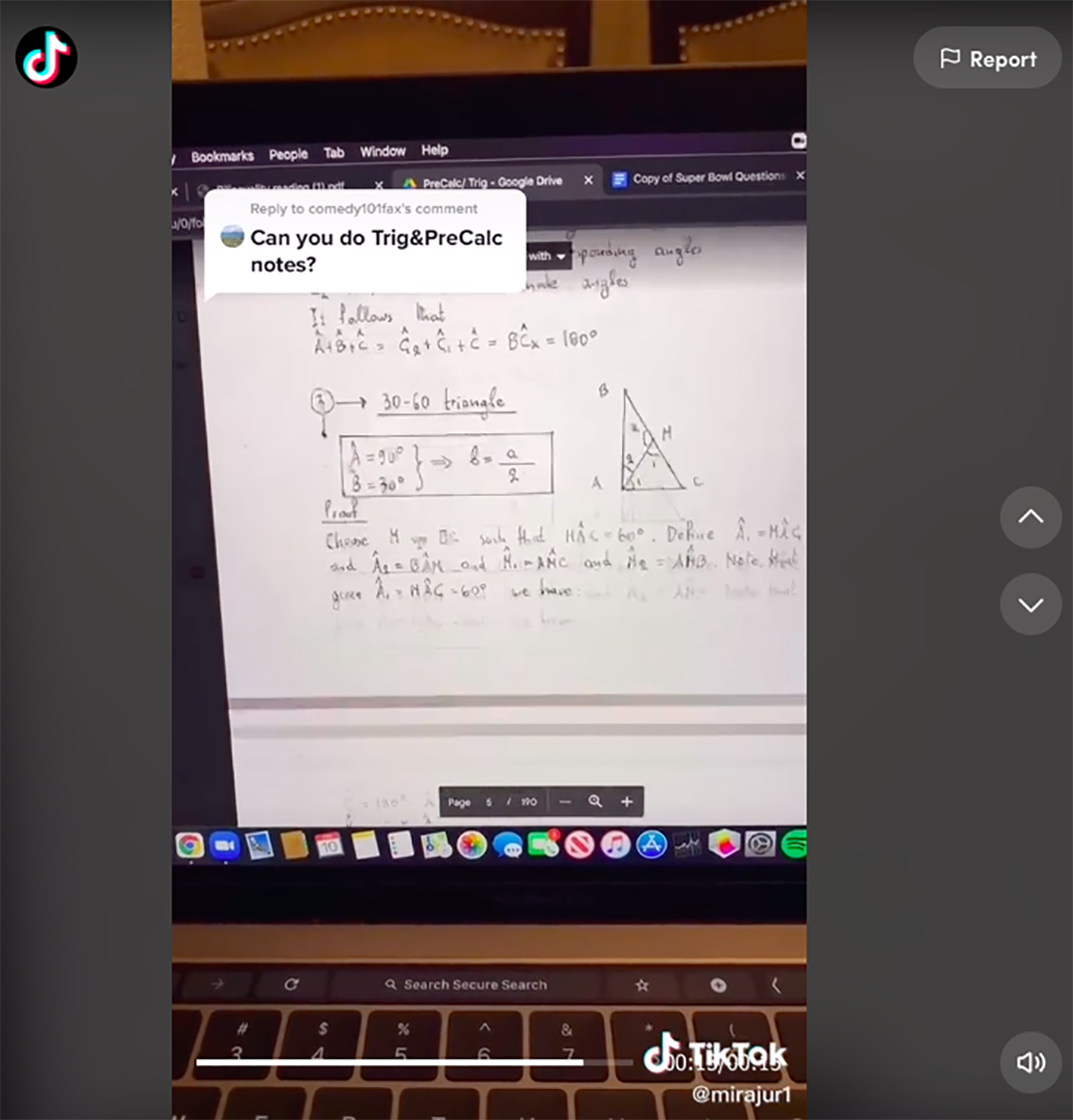 Mirajur Rahman said his TikTok account connected him with Noah Schnapp, a teenage actor who stars as Will Byers in “Stranger Things.”

“We talked and it was awesome,” Rahman said. “He was studying for the SAT and said, ‘I noticed you have a bunch of these AP stats notes,’ so he followed me. I got to talk to him, and it was the best feeling ever knowing I have an impact on someone like him.”

Rahman said he and Schnapp are more acquaintances than actual friends.