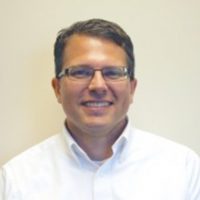 On Nov. 22, the commission heard a presentation from Becca Zakowski, a municipal advisor representative with Crowe LLP, and Wayne DeLong, the town’s director of community and economic development. Indiana code requires an annual TIF presentation be given during a public meeting to share the redevelopment commission’s projected budget, long-term plans and the impacts on overlapping TIF districts, Zakowski said.

In 2022, the TIF districts are estimated to generate a combined $2,799,659 in revenues, according to Zakowski. The redevelopment commission’s estimated expenditures, which include bond payments and other scheduled payments, total $2,370,102. However, the budget will go before the Zionsville Town Council for approval and appropriation during one of the council’s scheduled December meetings, Zionsville CFO Tammy Havard said.

DeLong said the redevelopment commission could expect to issue bonds for long-term projects in three of the districts, if they are approved by the town council.

One bond issuance could be for the Zionsville Gateway Area, which would see a reimagined entryway at the south end of Main Street, near the intersection with Sycamore Street. The bond issuance would support the redevelopment of a 13-acre area within the Zionsville EDA, with the first steps being the completion of a traffic study associated with the possible extension of First Street.

“It was a project approved as an EDA in 2019,” DeLong said. “The primary component, at least on the public side of the conversation, was improvements along the (U.S.) 421 corridor. One of the unique things happening with Holliday Farms, the project is going so well, and it is moving along so quickly.”

The sanitary sewer capacity was expected to be upsized sometime in the next few years, but the project is moving so quickly that town officials expect upsizing will need to happen sooner.

“That work would have been undertaken, I’m going to say, maybe about four years from now,” DeLong said. “However, with the project advancing so quickly, we are looking for that sewer work to move in tandem with that success.”

DeLong said the third bond issuance to be considered would be to support infrastructure improvements in the County Road 700 East economic development area.