You are at:Home»Current in Carmel»Carmel Cover Stories»Inspired ink: Tattoo artist follows lifelong dream around the globe to open parlor in Carmel

Phong Ho owns a tattoo parlor in a house-like building on N. Range Line Road and finally feels at home in an industry that seemed beyond his reach as a child in Vietnam.

Ho grew up in Tan An, the capital city of Long An province in the Mekong Delta region of the southeast Asian nation.

“When I was young, I loved to draw,” Ho said. “Over there (in Vietnam), I couldn’t get colored pencils because we had no money.”

Ho remembered bringing a toy from home to his school so that he could trade it for colored pencils with one of his classmates. He was so excited to finally get ahold of some drawing utensils, but, when he came home, his mother was very upset and took them away.

“My family didn’t want me to be an artist,” Ho said. “We didn’t have money for food. There was no money for art.”

While telling stories of his childhood, Ho became emotional speaking about going to bed hungry and working long hours in fields to help his family make ends meet. It seemed art was never going to be a priority.

About 10 years ago, Ho met the woman who would become his wife, Lan Ho, at a nightclub in Tan An. Phong recalls Lan being smitten with him and his motorcycle. They now have two children, David and Crystal. Phong’s wife was the main force in encouraging him to pursue his dream of being an artist and look for work in the U.S.

While still in Tan An, Ho learned tattoo art. When he began working in the industry, he would start at 10 a.m. and continue until 2 a.m. or later because so many people wanted to get tattoos. They would wait in line all day, he said. 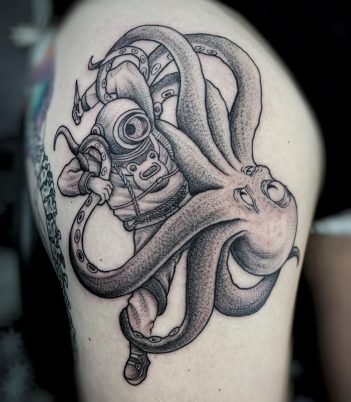 A tattoo by Phong Ho. (Photo courtesy of Phong Ho)

“For the first time in my life, I saw a white Christmas,” Ho said. “I was really curious about this country. I came here to take care of my family. After being here for two to three months, I had my driver’s license, but I didn’t know how to apply for jobs.”

Speaking only Vietnamese when he arrived in the U.S., the language barrier made it challenging to find work in the tattoo industry. After finally landing a job, he worked in a few different parlors across central Indiana. He learned English through interacting with clients and asking a lot of questions.

“I would sit behind the tattoo artist just listening to the conversations, trying to understand and learn new words. After I worked there for a little over a year, my English got better a little bit,” Ho said.

Ho worked for a handful of tattoo parlors, including Artistic Skin Designs, Carmel Tattoo Ink and Indiana Tattoo Co. He dreamed of opening his own parlor so that he could make his own hours so that he could spend more time with his wife and children. 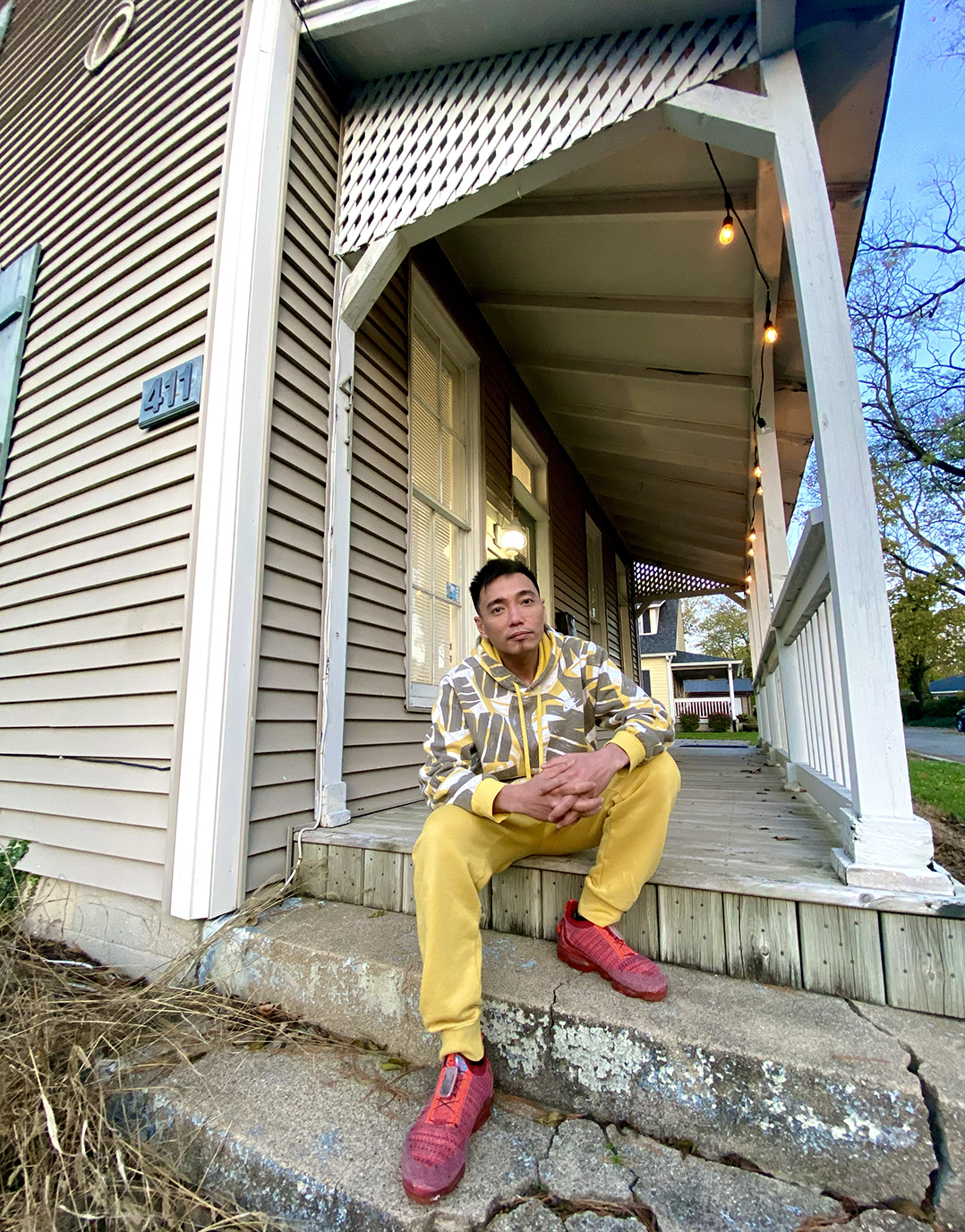 Phong Ho sits on the stairs at the entrance of his tattoo parlor. (Photo by Jillian Kurtz)

Ho opened his own parlor in 2020. He has found a community of customers that not only keep coming back for the art but also for Ho’s kind and generous personality. His parlor is booked through April 2022. 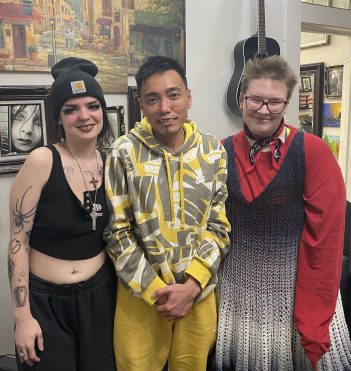 “I really think I lucked out with one of the kindest and most generous guys,” Breeze said. “He’s overly generous. He treats tattooing as this wonderful, special thing — which it is.”

Soares stumbled upon Ho’s tattoo parlor because she was looking for a new place to get tattoos. After being honest about not having a lot of money to spend, Ho offered her discounts and encouraged her to keep coming back.

“I was working at Walmart, but after I left that job, I didn’t have money for tattoos anymore,” Soares said. “He offered me a job here, and I’ve been here since February. I first started helping with scheduling and cleaning up the parlor. Now, I help with most of the piercing appointments.”

Both Breeze and Soares spoke highly of Ho and his generosity, explaining how at most tattoo parlors, they would have had to pay thousands of dollars out of pocket for an apprenticeship along with having their own supplies. Ho doesn’t charge them for their apprenticeships and supplies all materials.

“He changed my life,” Soares said. “He’s really one of the most selfless people I know.”

Beyond his work in Carmel, Ho has taken the opportunity to help his hometown. He spends hundreds of dollars each month sending shipments of over-the-counter medicine back to his family and other members of his hometown.