With a powerful voice and racy humor, Storm Large has made an impact in previous appearances in Carmel.

“I thought Indiana would be more reserve, but there are some wild people,” Large said. “They don’t cringe at swears or sexual references. They’re very laidback, not uptight.” 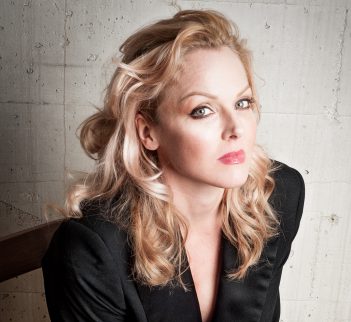 Large will perform in concert at 8 p.m. Nov. 20 at the Palladium at the Center for the Performing Arts.

Large will perform in concert at 8 p.m. Nov. 20 at the Palladium at the Center for the Performing Arts. Large, who said her performance will be in a cabaret style of both song and narrative, will be performing with a string quartet with the Indianapolis Symphony Orchestra.

“It’s going to be very romantic and very beautiful,” Large said. “There is going to be a couple of holiday songs. I think the next couple of years (performances are) going to be directly addressing what we’ve all experienced and are still experiencing (amid the COVID-19 pandemic), and the commonalities that connect us as opposed to divide us.

“We’ve all had the experience of being locked up and scared for a year.”

Large said music is an escape.

Large discovered cabaret suits her style. When she performed as the lead singer in rock bands, she said group members would tell her to start the song and stop talking to the audience.

“I was just telling a joke or something poignant that led into the next song,” Large said. “Rock bands were annoyed about it. I almost quit performing because I got tired of that hamster wheel of trying to get approval from these idiots who were just trying to hire the next person who was famous last year. It was disheartening and it wasn’t fun anymore. When I got back into it, I said I’m only going to do it if it’s fun and creative and no is one trying to make me into something I’m not. If I’m having fun, then the audience is having fun.

“What a gift that your job is to make people happy. I haven’t looked back, and that was 20 years ago.”