The Westfield City Council unanimously voted at its Oct. 11 meeting to table an ordinance to appropriate $668,000 from the general fund to pay for mounting legal expenses incurred because of ongoing litigation between Westfield Mayor Andy Cook and Westfield Clerk Treasurer Cindy Gossard. 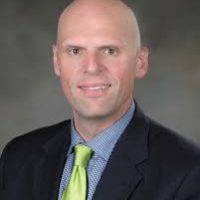 Westfield Chief of Staff Todd Burtron told the council the proposed amount is expected to cover legal expenses through the rest of 2021, but he acknowledged certain factors could lead to additional costs. He also said the total didn’t include expenses incurred if Gossard exceeds her budget for legal expenses.

Councilor Cindy Spoljaric said she would prefer to consider legal expenses from both sides in one ordinance.

“(The proposed ordinance) leaves this equation half-solved, if you will,” Spoljaric said. “There’s still ongoing litigation, so I don’t feel comfortable approving this.”

The litigation began earlier this year when the city sued Gossard, claiming she had unauthorized access to data. Several lawsuits and accusations followed, the most recent of which included Gossard accusing the city of installing “spyware” on her and her staff’s computers.

The city council is expected to hear a report from IT professionals examining computers in Gossard’s for spyware at the Oct. 25 meeting, which could answer some of the councilors’ outstanding questions.

City Attorney Many Herceg told the council that tabling the vote could result in paying vendors, especially because the city will need to advertise and hold another public hearing if the amount of the appropriation increases.