You are at:Home»Current in Carmel»Carmel Cover Stories»An ‘extremely meaningful’ gift: Donors give to healthy breast tissue bank run by Carmel oncologist in hopes of finding a cancer cure

Prompted by breast cancer survivor and patient advocate Connie Rufenbarger, Storniolo began the process of creating a repository to store normal breast tissue. No one had done this, she learned, because no one thought a healthy woman would voluntarily agree to a breast biopsy. 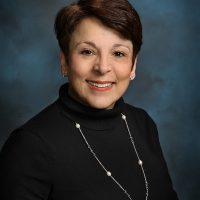 As an oncologist specializing in breast cancer, she knew that researchers could advance their understanding of the ailment by studying healthy breast tissue rather than only looking at samples already affected by disease. She knew launching a collection bank wouldn’t be easy, but she believed it would be worth a try.

So, one Saturday morning at her child’s soccer game, Storniolo began asking women in attendance if they’d voluntarily undergo a breast biopsy if it would help researchers find a cure.

Since launching in 2006, more than 5,000 women have donated healthy breast tissue to the Susan G. Komen Tissue Bank within the Vera Bradley Foundation Center for Breast Cancer Research at Indiana University Melvin and Bren Simon Comprehensive Cancer Center. And nearly 11,000 donors have provided blood and DNA samples for research at the Indianapolis facility.

Those efforts have led to new research and several important discoveries, and Storniolo, executive director of the tissue bank, hopes they will one day lead to a cure, too.

“When the big breakthrough comes through, I honestly think that Hoosier women are going to be able to say, ‘We had a lot to do with that,’” Storniolo said.

‘The most important day of their life’

Lesher is the daughter of Rufenbarger, who has survived breast cancer twice, so Lesher feels personal motivation to be involved in finding a cure. She said the donation process — which she’s done twice — was painless and didn’t leave a scar, although that may not be the case for every donor. 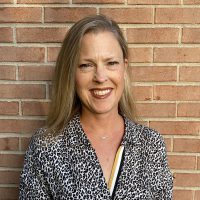 However, one thing that is universal, she said, is a sense of accomplishment as a donor and the appreciation for women who choose to provide healthy breast tissue.

“This is such a unique opportunity (for donors) to give physically of themselves in an extremely meaningful way that will help to forward breast cancer research, not only in the state of Indiana, but literally around the world,” said Lesher, program manager of the Catherine Peachey Fund, which provided initial funding for the tissue bank.

A donation appointment typically takes 60 to 90 minutes. After a check-in and screening process, donors undergo a blood draw before heading to an examination room. During the donation process, a doctor uses local anesthesia and a needle to remove one gram of tissue, which is approximately the size of two peas.

“More than once I’ve heard the comment from women that, with the exception of the day they were married and the day their children were born, this was the most important day of their life, which still to this day gives me chills,” Storniolo said.

The tissue bank hasn’t held a donation event since the beginning of the COVID-19 pandemic, but the next one is planned for Nov. 13 at IU Simon Comprehensive Cancer Center. 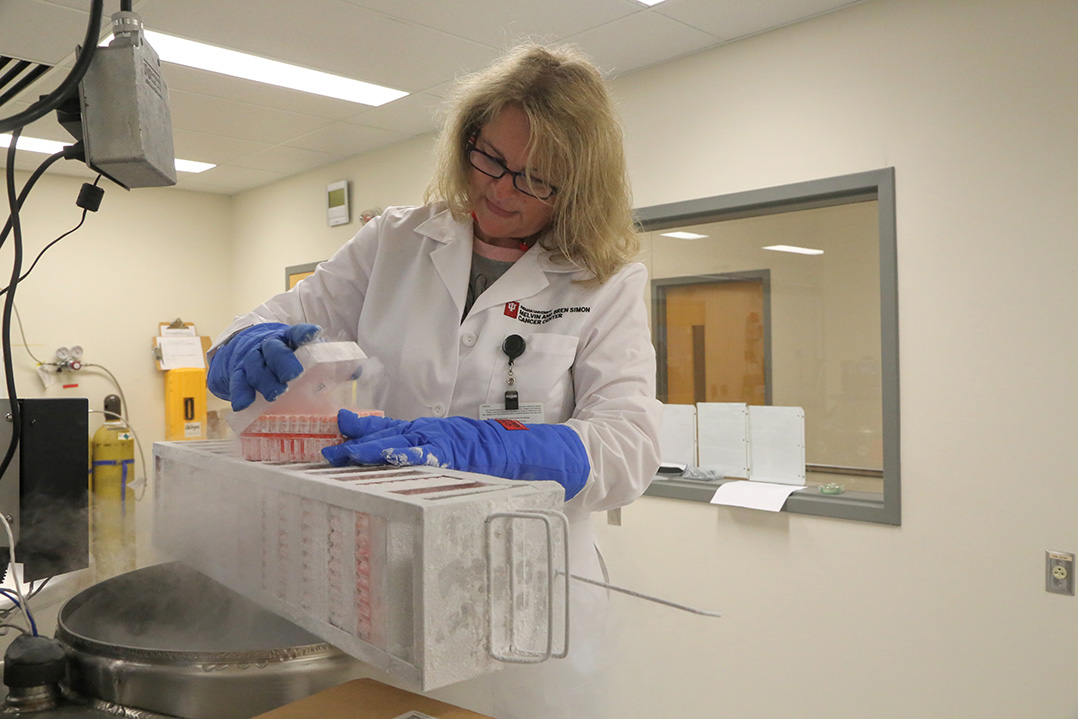 Because of the tissue bank — still the only one of its kind in the world — researchers have been able to compare healthy breast tissue with diseased tissue and take a closer look at factors that could lead to an increased risk of developing the disease. They’ve been able to study how ethnicity and breast cancer rates and types are linked and develop individualized treatment plans based on what they’ve learned.

Researchers also have gained valuable insight from the tissue samples of the approximately 60 women who developed breast cancer two to four years after their donation.

“Their breast (tissue donations) at the time they donated weren’t normal. In fact, we’ve been able to show that compared with age-matched women that didn’t develop breast cancer two to four years later, their breasts are very different from a genetic and molecular basis,” Storniolo said. “When you start down that rabbit hole, you start looking at what those genetic differences are and what those genes do, and you start being able to unravel the earliest changes years before you’d see anything on a mammogram.”

Tissue from the bank has been used by researchers from institutions that include Purdue University, the Mayo Clinic, National Cancer Institute, Yale University, Dartmouth College, The Royal Marsden Hospital in the U.K. and the University of Queensland in Australia.

Donors must be at least 18 years old, biologically female, not have breast implants and  meet certain medical conditions. Breast cancer survivors can donate if they meet the criteria and have one breast completely unaffected by cancer.

The tissue bank is especially appreciative of donations from members of minority, cultural, ethnic or racial groups; pregnant or nursing women; those with dense breast tissue; and those who previously donated between 2006 and 2009.