You are at:Home»Current in Zionsville»Zionsville Community»Boone County officials stress the importance of mental health

Ahead of World Mental Health Day on Oct. 10, several Boone County officials spoke out against mental health stigmas and encouraged community members to seek help if they need it.

One of Boone County Coroner Justin Sparks’ goals since assuming his position has been to have zero preventable deaths in the county, and he believes addressing mental health stigmas is one of the best ways of achieving his goal. During the Boone County Commissioners’ Oct. 4 meeting, Sparks said data has led him to believe the COVID-19 pandemic is affecting many people’s mental health.

“(We want to) catch people before their mental health issue becomes a substance abuse issue and drive that number significantly down,” Sparks said. “There’s a correlation between mental health and substance abuse. Substance abuse over time leads to an increase in suicidal incidents, and the data shows (that in) a large percentage of my suicides, there is a substance abuse component. My observations personally, professionally have been that people are going to cope with challenges in their life the best way they can, and for a lot of generations, there was a taboo or a stigma against mental health or seeing a counselor or a therapist or taking medication.

“We are doing a lot better at that, but there is a large portion of the adult population out there who grew up in that era, so thinking of going and talking to a therapist has been challenging (for them).”

The COVID-19 pandemic has been another contributing factor to the community’s mental health, officials say. According to the Kaiser Family Foundation, a nonprofit that focuses on national health issues, approximately 4 in 10 adults in the U.S. have reported symptoms of anxiety or depressive disorder during the pandemic, up from one in 10 adults who reported the same symptoms between January to June 2019.

“I think this pandemic has put so much stress on people, and I think a lot of it might be post-traumatic stress that we don’t know is impacting us,” Boone County Prosecutor Kent Eastwood said. “By no means am I an expert, but I see it in the professional world, and in personal lives of people and myself, that a lot of us are feeling stressed. I’ve looked at the numbers of suicides and overdose deaths, and they are trending up, and to me, there is a direct correlation between the pandemic, what we are seeing in society and the negativity and those numbers.” 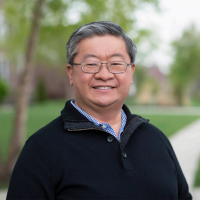 On Oct. 4, Zionsville Town Council member Dr. Alex Choi shared his personal struggles with mental health during the council’s meeting in hopes of inspiring others who need help to seek it.

Choi, who recently launched a state senate bid, revealed he has been diagnosed with bipolar disorder, has manic and depressive episodes and is a recovering alcoholic. In September, the Zionsville physician and two of his colleagues — Zionsville mothers Amber Nunes and Carrie-Ann Jordan — hosted an event promoting discussions about mental health in the community.

“One of the things that we wanted to do was to start off by breaking the stigma around this, and as Sunday is World Mental Health Day, I wanted to share a little story to let people know it’s OK to hurt,” Choi said during the Oct. 4 meeting. “My issue is that I’ve been a diagnosed bipolar disorder for many years and have struggled with mania and depression. I currently see a therapist, and I have on a weekly basis and have a psychologist. It’s OK to hurt. It’s OK to seek help. I’m also a recovering alcoholic, which is why I haven’t drank in almost five years. And it’s actually harder to talk about the fact that you’re an alcoholic. It’s almost like the stigma is deeper with substance abuse than with any kind of mental health issues.”

Through his community outreach efforts, Choi has heard the personal stories of many residents, particularly teenagers who he said are “hurting.”

“The three of us want to say to our young people and our adults that it’s OK to look for help,” Choi said. “Please come out and find help. It is a struggle, especially in these times.”

Sparks echoed Choi’s call, saying anyone in need of mental health services should seek them.

Mental health services in Boone County can be found by contacting the following organizations: